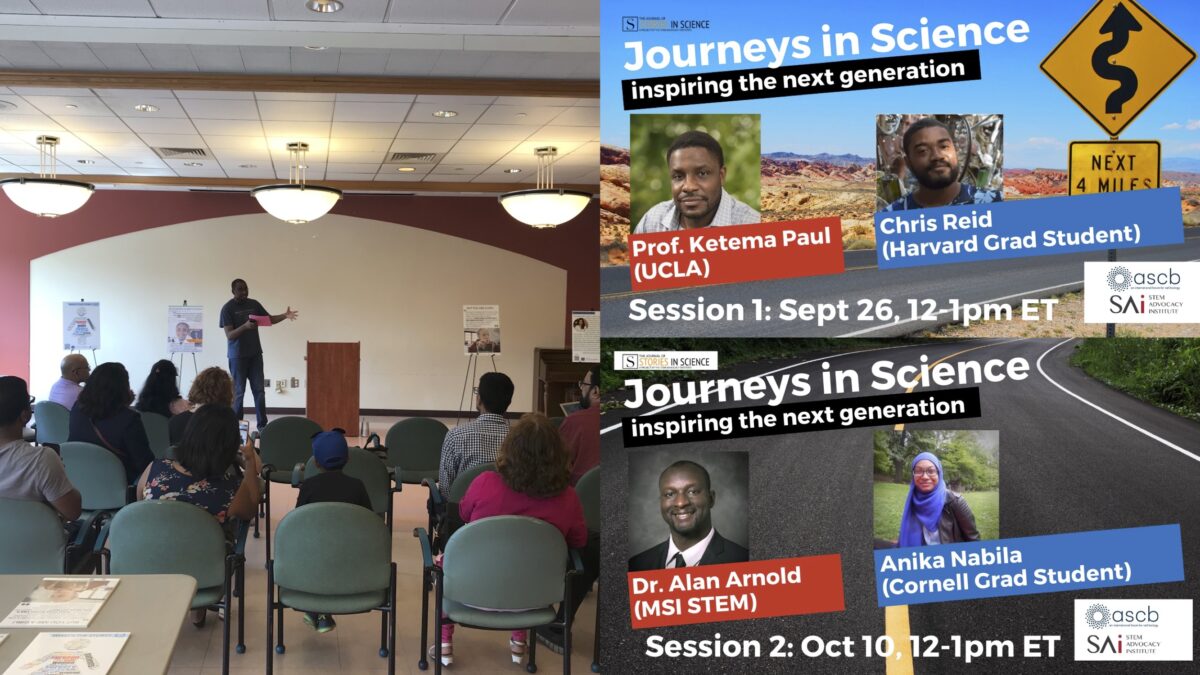 Science is driven by people who face frustrations, mistakes, failures, success, discovery, doubt, lack of motivation, confusion, disagreements, and so much more. However, there is a need to organize and store these diverse human stories in science. In response, we created the Journal of Stories in Science in 2016 in an effort to both organize and showcase the diversity of narratives in science and illuminate their integral part of the scientific process. The journal now has almost 200 published stories written by diverse authors from around the world.

Although the project has achieved some success through the online platform, feedback from both authors and readers has suggested experimenting with new ways to showcase the published stories in the journal in live settings. In response, we sought funding through an ASCB COMPASS Outreach grant to experiment with hosting a series of stories in science gallery events to visually showcase and celebrate the diverse human stories in science similar to a showing at an art gallery. The central idea was to provide an opportunity for the public and scientists to share their stories in science in a live setting.

We hosted the first gallery event in 2019 at the Cambridge Citywide Senior Center in Central Square, Cambridge, MA. As one of the central hubs of science and innovation, Cambridge was the ideal location to host the first experimental event. A few authors who had published their story in science in the journal were selected to tell their stories in public. Additionally, excerpts from some of the most popular stories in the journal were printed onto large 18”x24” foam boards for display as literary art. The event also included a story in science that was told through dance by Madhvi Venkatesh of Prakriti Dance.

A total of 25 people attended the event and the feedback we received was overwhelmingly positive. One attendee wrote the following: “I chose to participate because I really enjoy hearing the diverse voices in STEM. Throughout my own journey, it has been really powerful to me to hear other people’s stories to keep me going, not just of successes, but also of persistence and resilience in the face of challenges.” Another attendee mentioned that “my favorite part was witnessing the dance performance, as I never thought of having dance communicate a story.” Watch this short clip that showcases photos from the event.

Thanks to another ASCB COMPASS Outreach grant, we were able to continue experimenting with another gallery event in 2020. Given the Covid-19 pandemic, we experimented with hosting three virtual storytelling events between September and November 2020. Each of the sessions involved two storytellers sharing their stories virtually. Storytellers had 20 minutes to present their stories in science followed by about 5 -10 minutes of Q&A that I moderated as host. Each of the events lasted for approximately 1 hour and was recorded. The videos were posted on YouTube for future viewing, and new stories were added and stored in the Journal of Stories in Science.

The virtual storytelling events prioritized the perspectives of underrepresented minorities in science. Of the six recruited storytellers, four were minorities. Overall, the events were a success. In the first session hosted on September 26, the two storytellers were Professor Ketema Paul at UCLA in the Department of Integrative Biology & Physiology and graduate student Christopher Reid in the Neuroscience program at Harvard University. In the second event hosted on October 10, the storytellers were Alan Arnold (Director of Research Development at MSI STEM Research & Development Consortium) and Anika Nabila (a fourth-year PhD Candidate at Cornell University). The third and last event was hosted in collaboration with Columbia University on November 19. At that event, the speakers were Lila Davachi and Alfredo Spagna in the Department of Psychology, and it was hosted by Yasmine Ayman (undergraduate student). In total, we had a total of 40 attendees across all the events.

In summary, the support from ASCB COMPASS was instrumental in enabling us to test new modes of showcasing the diversity of stories in science in live settings. Our events support the conclusion tha,t in addition to publishing stories online, the journal should continue to seek new funding to explore creative ways to showcase the published stories in science in live settings.

Fanuel Muindi is the Founder and Chief Resident of the Boston based non-profit think tank/incubator, STEM Advocacy Institute, which provides support to practitioners to accelerate the building of new tools and programs that strengthen the networks of access between science and society. He also serves as the Assistant Director of Graduate Studies in the Department of Molecular and Cellular Biology at Harvard University. He earned his PhD from Stanford University and completed his post-doctoral training at MIT. 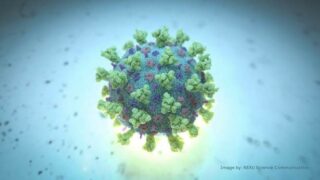 The importance of effective science communication during the COVID-19 pandemic