Election as a Fellow of ASCB is an honor bestowed upon ASCB members by their peers. Fellows are recognized for their meritorious efforts to advance cell biology and/or its applications and for their service to the American Society for Cell Biology.

The ASCB Fellows award recognizes ASCB members who have made outstanding contributions to the field of cell biology and to the community of cell biologists through their service to ASCB. The ASCB Fellows program is committed to recognizing the breadth and diversity of the Society’s membership. Toward this end, Fellows will be nominated by their peers or through self-nomination, followed by evaluation and selection by a Fellows Nomination Review Committee. The list of approved Fellow nominees is reviewed and approved by the ASCB Council. 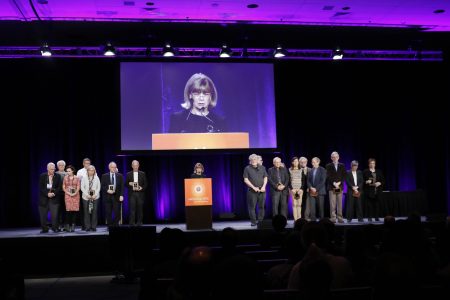 All Fellows will be recognized  during Cell Bio 2020, an online ASCB|EMBO Meeting, and through the ASCB Newsletter and website. For a complete list of honors, see “How Fellows Are Honored” below. 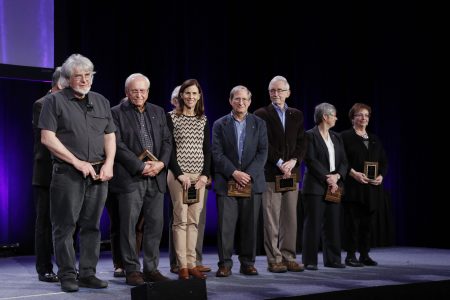 Nominations received after the deadline, or nomination packets with missing material at the time of the deadline, will not be considered.

Each nominee must receive the approval of the majority of the Fellow Nominations Review Committee members to be included in the slate of Fellow nominees to be presented to the Council for a final majority vote. Nominations may be challenged by any member of the ASCB Council during the voting process. Nominees not elected in the current cycle may be re-considered for a total of three consecutive nominating cycles. They will be eligible for re-nomination if the application is unsuccessful after consideration in three nominating cycles. 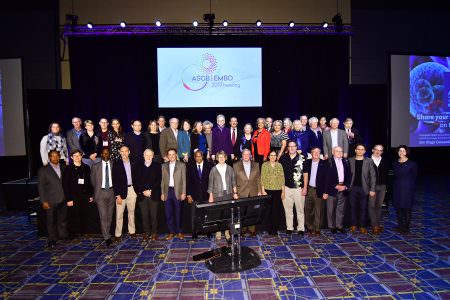 Fellows at the 2017 ASCB/EMBO Meeting in Philadelphia, PA.

How Fellows Are Honored