I had the good fortune to have an exceptionally good anatomy teacher during my first year of medical school. One of the exercises during labs was to identify structures. I recall how adamant he was in expecting us not to rush to a “guess,” even when the guess could be easy, but to first describe every morphological feature of the structure. Only then could we name the structure. His point was that description is a way to gain insight into the properties of an object and is a prerequisite to understanding it. Because the course was part of a medical school curriculum, he also emphasized how this approach was the foundation of medical practice: a detailed analysis of signs and symptoms of a patient, prior to rushing to a diagnosis. I did not pursue a career in medicine, but this lesson, the power of description, left a long-lasting and important impact on me when I decided to spend my professional career as a scientist.

Description as the Foundation of Science
Description is the foundation and the first step of any scientific endeavor in the natural sciences. Descriptive analyses have shaped biology. Cell biology was born from morphological descriptions sparked by technological developments. The introduction of the light microscope by Robert Hooke and its extensive use by Anton Van Leeuwenhoek led to the first descriptions of cells and eventually to the cell theory. Electron microscopy revealed an entire new intracellular world and sparked a new wave of descriptions. 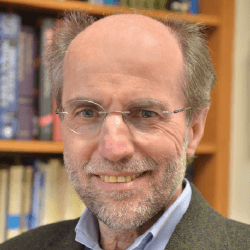 Yet, the word “descriptive” is often associated with something dull in science, and can be a death sentence when used by a reviewer to assess the merits of a grant proposal or of a manuscript. Description is the analysis of an object without acting on the object. The word “descriptive” is often used in contrast to “mechanistic,” a term that reflects an analysis geared toward understanding the object of our interest via its active manipulation. In cell biology, “mechanistic” typically refers to the elucidation of molecular mechanisms underlying an aspect of cell function or structure. Mechanistic science relies on the possibility of perturbing the system under study, to determine what is necessary and sufficient for a given phenomenon and thus to advance from correlation to the understanding of causation. It allows us to progress from description to prediction. Thus, ultimately our pursuit should be mechanistic.

But one should not dismiss the power of description. Description can be dull if it simply enumerates a list of observations that are neither systematic nor anchored to a question. However, description rises to a different level if it is used to extract principles from observations, to frame questions, and to formulate and validate hypotheses. Carl Linnaeus’s descriptions emphasized anatomical relationships between living species and laid the foundation for the elucidation of how they derive from each other. Alexander Von Humboldt built on his systematic descriptions of nature during his travel in Latin America to discover the interconnectedness of all living species with themselves and with the environment.

The observations and descriptions by Charles Darwin during his voyage to the Galapagos Islands offer a spectacular example of a continuous feedback between description, building a hypothesis, and then making new observations to refine the hypothesis. Darwin’s research was not mechanistic in the way we typically intend this term today, i.e., perturbation of a system to validate a hypothesis. However, far from representing a simple collection of observations, Darwin’s descriptive analysis of species was aimed at understanding how they were interrelated, leading to a landmark scientific advance.

The monumental and comprehensive descriptive work of Santiago Ramón y Cajal on the structure and connections of cells of the nervous system in various species and developmental stages gave birth to modern neuroscience. Likewise in the history of cell biology, the descriptive works that stand out are those that attempted to relate structure to function. This work paved the way to mechanistic understanding. The founders of cell biology are the scientists who built on a systematic description of the cell’s internal structures to gain a first insight into their anatomical and functional relationship. These scientists framed the questions that kept cell biologists busy for decades to come.

Description Remains a Critical First Step
The explosion of new information and of new methodology for the manipulation of cells has dramatically changed the landscape in cell biology research and given us endless opportunities to interrogate cell function through molecular perturbation. Genomes have been sequenced and can be mined via bioinformatics tools, and genes responsible for different functions have been identified through genetic studies. Genes can be easily edited, and cell function can be acutely modified through biophysical and pharmacological tools. Breakthroughs in light and electron microscopy have dramatically advanced the possibility of monitoring the impact of these manipulations on cell structure and function. Thus, modern science is heavily mechanistic.

Yet, careful and insightful description continues to be a critical first step toward understanding. As new technologies improve the level at which we can analyze and quantify biological structures and parameters, a wave of studies building on new methodology and heavily relying on description will continue to be the engine for the formulation of new hypotheses. Cell Atlas projects, whose goal is to map gene expression and protein localization in all tissues of the body, and connectomics studies aimed at mapping all brain circuits are examples of such endeavors. Once again, in these studies the work that will stand out is that of scientists who through a first descriptive analysis of these data will be able to extract fundamental principles and to frame the questions to be addressed with subsequent mechanistic studies.

The act of describing forces us to pause while observing an object, an image, or a set of data. It forces us to think about what is important to note and thus is a prerequisite to formulating a mechanistic question. A synergistic use of descriptive and mechanistic approaches is a recipe for good science. However, some scientists have an exceptional ability to extract principles from description, which in modern science can and should be supported by careful quantitative analyses. Often these investigators are “visual” scientists who make their most seminal findings by observing, for example, through a microscope. Other scientists are attracted by science that starts with experimental manipulation or in the abstract language of numbers. Progress in cell biology is made possible by our diverse abilities and by the convergence of all these different approaches. Our best and unique contributions will come from the type of work that best fits our talents and our passions. Darwin found greatness in his exceptional ability to observe and describe, but as he noted in his autobiography, he was bad in math. Descriptive science can be great if description is a tool toward understanding.