I was very fortunate to do my postdoctoral training at the MRC Laboratory of Molecular Biology in Cambridge, England. In addition to having wonderful colleagues, excellent equipment, and seemingly unlimited supplies, the Laboratory had an atmosphere where science—all science, not just the topics being studied—was valued.

When a new scientific book came out (I particularly remember reading Stephen Jay Gould’s The Mismeasure of Man and Ontogeny and Phylogeny) everyone at the Laboratory seemed to read it. Saturday mornings were spent at Heffer’s (the major bookstore in Cambridge) looking for the newest scientific books along with mysteries and other books. To give a further example of the people’s enthusiasm for science, I remember one morning during the 10:30 coffee break in the Laboratory canteen hearing that the Cambridge University Astronomy Department was going to show the Jet Propulsion Lab film of the Voyager satellite pictures of Jupiter at noon. Thirty-five people got up and drove to the Astronomy Department to watch the films. We were amazed.

I have been reminded of this event in the last few weeks looking at the amazing images that have been produced by the James Webb Space Telescope. Each picture, in addition to its beauty, tells a story about how people can view and understand the universe. I am in awe of these pictures as much as I was of the pictures of Jupiter in the early 1980s. But my interest is part of a pattern: For some time I have been addicted to the daily pictures that NASA has produced as the “Astronomy Picture of the Day.” Each image is accompanied by a short paragraph explaining what is being seen. These pictures will never make me an astronomer, but each teaches me a little more about the universe and stimulates me to know more. If you have not seen these images, I invite you to do so.

Images and information about the stars, planets, dinosaurs, animals, and plants are what drew many of us to have an interest in science when we were young. My interest and love of science were sparked by going to the Museum of Science and Industry, the Field Museum of Natural History, and the Adler Planetarium growing up in Chicago. I had lots to be excited about. I once read something to the effect that in New York City, the American Museum of Natural History is every child’s favorite museum until they become teenagers, when it becomes the Metropolitan Museum of Art. I am glad that my enthusiasm more generally for science didn’t wane as I got older and added other interests. I suspect that many of you feel similarly. We are still awed by science.

Being amazed at the world is undoubtedly a prerequisite to being a scientist, but we also must develop our ability to question what we see. Asking questions is one of the most difficult skills to gain as a scientist. Every year when the new graduate students begin their studies, the faculty here at Columbia beg them to ask questions, but few do. I feel that they must, to some degree, feel as I did when I started graduate school: Asking questions would show my ignorance and prove to the faculty that they had made a dreadful mistake in admitting me to the program. I felt I was better off keeping quiet.

Fortunately, I had a terrific role model in one of the senior faculty, Tom Wilson in the Physiology Department at Harvard. Tom was a pioneer first in intestinal transport and then in bacterial transport. I did my first rotation in his lab, and as a mentor, Tom was friendly and encouraging. He gave great advice. He was the one who told me that I should start the descriptions of my experiments in my notebooks with a brief statement of why I was doing the experiment.

I was particularly impressed by what Tom did in our departmental seminars. I thought I was following the gist of the talk, and so was often surprised when Tom would ask a question that I thought had been answered. I would see the speaker start to squirm and then admit that he didn’t really have an answer to Tom’s question. This scenario occurred many times during my graduate years, and I came to realize that Tom didn’t ask his questions to score points or to show how smart he was. Instead, he had been intently listening to the speaker and trying to understand what the speaker was saying.

I have known one other person to ask questions by really listening and thinking about the work being presented during seminars and during our conversations: my colleague Larry Chasin, who has just retired from my department. Just as with Tom Wilson, I have learned as much, if not more, from Larry’s questions than I do from the seminars. They both have taught me how to think about science. Throughout the years, Larry was the person I sought out whenever I had scientific questions. I will miss his daily insights.

In general, asking questions and questioning assumptions are aspects of our work, and we should all strive to improve. Questions are all around us. Another person who is great at asking these questions is Mu-ming Poo, a former colleague here at Columbia, but later a professor at the University of California, Berkeley and Director of the Institute of Neuroscience of the Chinese Academy of Sciences in Shanghai.

One day several of us were talking and someone in the group asked Mu-ming where he got his ideas (he had many). Mu-ming said that he used a method he called the retrospective approach. He would begin by looking in a textbook (at the time he used the second edition of Molecular Biology of the Cell). When he found an interesting result, he would ask about the experiments that led to the result. Many times, he found that the result was based on very indirect observations that had been made with outmoded methods. He would then use more modern methods to test the hypothesis. Usually, this approach resulted in a revision of the previous result. For people looking for new projects, this might be an approach to try.

ASCB President Martin Chalfie is University Professor in the Department of Biological Sciences at Columbia University. 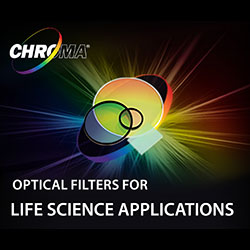