How the Coalition for the Life Sciences promotes biomedical research 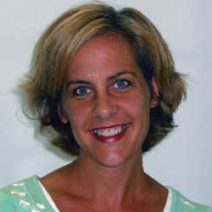 One thing about Washington: There is no shortage of coalitions. There are coalitions for feel-good issues such as child health and well-being; coalitions for big companies such as the ethanol coalition; and of course coalitions for science. What they have in common is a belief that when like-minded organizations join together to send a uniform message to federal officials it works and people listen. The American Society for Cell Biology (ASCB) founded and continues to support one of the longest-lasting and successful coalitions in Washington, DC—The Coalition for the Life Sciences (CLS).

History of the CLS

In 1989, National Institutes of Health (NIH) appropriations were under threat and declining. At the same time, the organizations that were normally advocates for biomedical research—universities and the groups representing them—were supporting higher indirect cost reimbursement rates. ASCB members knew that such expenses would come out of research grants. Alarmed by these developments, leaders from the ASCB joined with leaders of the American Society for Biochemistry and Molecular Biology and the Biophysical Society to object to the call for higher indirect cost reimbursements. Subsequently, the leaders of these societies decided that self-advocacy was imperative. Thus, the Joint Steering Committee for Public Policy (JSC) was formed. Its initial mission: to bring scientists together to advocate federal funding for basic biomedical research.

The ASCB and JSC partnership has endured and grown for 30 years. During that time the JSC was renamed the Coalition for the Life Sciences (CLS) to better reflect its focus, which has evolved to include not only funding but also policies that affect biological research. CLS membership has changed and grown as well and in addition to ASCB now includes the Chan-Zuckerberg Initiative, Genentech, the Genetics Society of America, the Howard Hughes Medical Institute, HudsonAlpha Institute for Biotechnology, Novartis Institute for Biomedical Research, and the Society for Neuroscience. By uniting with one voice, these organizations strengthen their position with policy leaders on Capitol Hill and at the NIH.

The CLS Board, chaired by Keith R. Yamamoto, University of California, San Francisco, oversees the efforts of the CLS and is made up of the member organizations and members of the research community. CLS leadership includes many respected scientists who are ASCB members.

Many organizations in Washington, DC, serve a role similar to that of the CLS, but CLS has a proven track record of bringing top leaders of federal agencies and Congress together with CLS leadership to strengthen our partnerships and tackle issues of concern to biomedical research. For example, the CLS was the first to respond when harmful language cutting federal funds for fetal tissue research was inserted in an appropriations bill. The CLS mobilized a group of interested parties and immediately began lobbying for the removal of the language. We were successful in that campaign as well as the following year when the language was once again added to legislation. The CLS was also very successful in bringing the first Life Science Fair to Capitol Hill. It was the first time organizations from a variety of life science fields came together in one event to showcase science to members of Congress and their staff.

The CLS is unique in how it brings science to Capitol Hill. In 1990 it helped Congress launch the Congressional Biomedical Research Caucus (CBRC). The CBRC has since grown to become perhaps the most credible caucus in Congress, as well as a model for other congressional caucuses. A caucus is a bipartisan, no-dues association for congressional representatives who support its purpose, in this case promotion of biomedical research. CBRC activities feature a highly successful series of briefings that bring research leaders—many of whom are ASCB members—to Capitol Hill to describe the latest advances in biomedical research. The implicit message in these briefings is that science is an iterative process of discovery fueled by individual investigators, and that taxpayer dollars (often the NIH’s) are well spent in support of this research.

Some ASCB members who have made presentations to the CBRC are Keith Yamamoto, Harold Varmus, Denise Montell, and Alejandro Sánchez Alvarado.  Click here for a list of upcoming briefings.

The CLS serves another important role—the organization of scientific citizens for advocacy. Through its Congressional Liaison Committee (CLC), chaired by ASCB member Tom Pollard, the CLS can organize the voices and passions of individual biomedical scientists in participating member societies. The CLC organizes members through its email campaigns to elected officials. Some recent examples are requests for CLC members to write their elected officials and support passage of the Labor, Health and Human Services Appropriations Bill (Labor-H)—the bill that funds the NIH. It was because of loud voices from the community that the Labor-H bill passed on time for the first time since 1998! The result? The NIH did not shut down during the longest government shutdown in history. Afterward, we asked the CLC members to thank their members of Congress. Thanking members is just as important as asking them to do something for your community.

Email campaigns are easy to participate in, because the CLS drafts letters for individuals’ personalization and signature. It’s free to join the CLC, and CLS staff will guide you through the Washington bureaucracy. To join, visit www.coalitionforlifesciences.org.

Biomedical research faces many challenges in Washington, from funding to issues surrounding peer review, from science education to fetal tissue research. The CLS and ASCB will continue to use their strong partnership to confront challenges to the scientific community.

Lynn Marquis is Director of the Coalition for the Life Sciences.