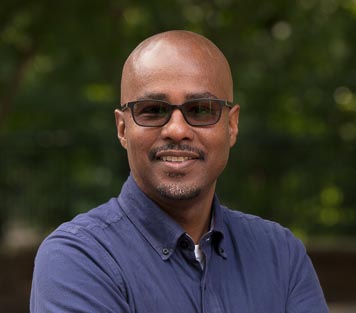 Avery August is an HHMI investigator and professor of Immunology at Cornell University. He has been a long-time member of ASCB and is also a member of the editorial board of the Society’s basic science research journal, Molecular Biology of the Cell (MBoC). August was previously profiled in the ASCB Newsletter in 2014, when he was awarded the E.E. Just Medal, but we thought we would see what he’s has been doing lately.

What initially got you interested in becoming a scientist and then later specifically someone who studies the immune response?

I was introduced to the concept of doing research by one of my organic chemistry professors as an undergraduate student trying to figure out what I would do with my degree. My first research experience was in an organic synthesis lab. I started studying the immune system in graduate school, where I was fascinated by how the immune system generates diversity.

Asthma is such a widespread problem. Is this something you or someone close to you has experience with and did this have any influence on the trajectory of your career?

I started working in this area because of its disproportionate impact on communities of color.
I wanted to try to understand its molecular underpinnings so as to contribute to a potential cure.

What is something going on in your research now that you are particularly excited about?

I am particularly interested in the molecular basis for the stability of the fates of immune cells. Do they maintain their effector fates for their lifetimes, or can they be reprogramed to alter the immune response?

Can you expand on this a little bit? What can be done to affect the memory of an immune cell?

One of the findings we are quite excited about is a finding that inhibiting the activity of the tyrosine kinase Itk, changes the differentiation of T helper cells from Th17 cells, an effector T cell that makes the pro-inflammatory cytokine, to T regulatory cells, which are cells that suppress immune responses. We are therefore interested in whether we can reprogram such inflammatory Th17 cells to become suppressive T regulatory cells during an immune response.

What is a challenge that you have had in your career and how did you overcome it?

Aside from funding challenges, the challenge I have faced is that in some spaces, I have not looked like what a scientist is supposed to look like. I’m not sure I overcame it as much as looked past it.

Do you mean you persisted by ignoring assumed stereotypes of what a scientist is supposed to look like? What do you think will need to happen in the scientific community for those kinds of challenges to not occur?

I looked past the quizzical looks, the mistaken identities, because I knew that I belonged in this space
just like all my other colleagues. I hope that as the scientific community becomes more diverse, as this diversity is depicted in the media, and as society starts to broaden views of who belongs where, this will change.

What is some advice that you could give to an early career scientist?

This may sound cliché, but stay true to why you became a scientist. The excitement of discovery makes it all worth it.

How has your affiliation with ASCB helped your career?

The ASCB has supported our work since MBoC published some of our first studies on the role of the
actin cytoskeleton in B cell activation, and subsequently, I was awarded the E.E. Just Award by the ASCB in 2014.

What do you hope to bring to your role as a member of the editorial board for MBoC?

I hope to add to the broad disciplinary perspective of what MBoC publishes, while also working to enhance fair reviews that focus on the science, rather than the fad.

I like a good DJ session mixing drum and bass and jungle music.

Are you a DJ? Do you have some mixes you can share?

I usually make mixes for my personal enjoyment, but here is one on Soundcloud: https://soundcloud.com/aaugust/dnb-mix-20210103.