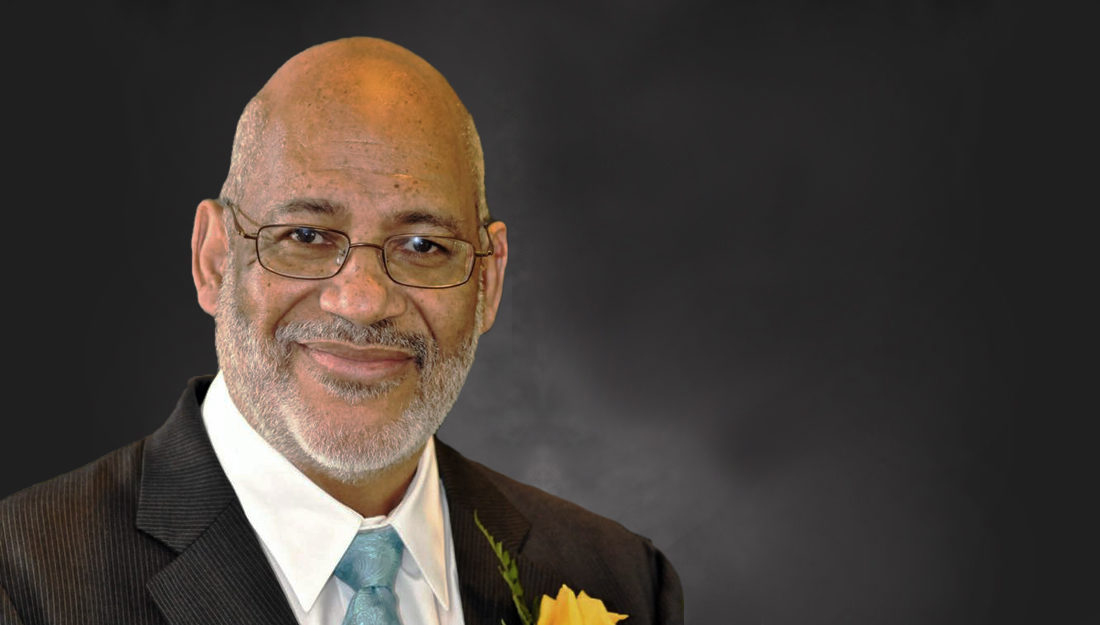 The E.E. Just Award and Lecture memorialize early 20th-century biologist Ernest Everett Just and recognize outstanding scientific achievement by an underrepresented minority scientist. The awardee is selected by the ASCB’s Minorities Affairs Committee. Dr. Jones was unable to present the traditional E.E. Just Award’s lecture at Cell Bio Virtual 2020 due to contracting SARS-COV-2. Accepting the award on his behalf was Sandra Murray, ASCB Fellow and Professor in the Department of Cell Biology at the University of Pittsburgh. Given the circumstances, plans are being considered for Dr. Jones to have a presence at the 2021 meeting.

Originally from Baton Rouge, LA, Jones earned his PhD in zoology with an emphasis in endocrinology and cancer biology at the University of California, Berkeley. He was a postdoctoral fellow in the Reproductive Endocrinology Center in the Department of Obstetrics, Gynecology and Reproductive Services, and subsequent lecturer in the Department of Physiology at the University of California Medical Center in San Francisco. In 1980, Jones joined the University of Texas M.D. Anderson Cancer Center, where he was the first Black faculty member to be hired into basic sciences. He ultimately became a full professor of Biochemistry and Molecular Biology & Gynecologic Oncology and built a distinguished career researching reproductive endocrinology in the area of hormonal carcinogenesis as well as health inequities. His research centered on the relationship between hormones, diet, and endocrine responsive tumors as well as how to address health inequities among ethnic minorities and underserved communities.

More recently, the city health director of Houston tasked Jones with assembling a “strike team” to address COVID-19 and health inequities in the city of Houston. He is also Executive Director Emeritus of the Health Disparities Education, Awareness, Research & Training (HDEART) Consortium and an adjunct professor in the Department of Health Promotion and Community Health Sciences at Texas A&M School of Public Health and Research Professor at Texas A&M University, Corpus Christi.

Health disparities have always been a fundamental issue for Jones, who in interviews has said, “Health disparities are not just a problem of the poor, it’s everyone’s problem.…This idea of not caring about one’s fellow man in terms of health coverage. The whole idea that we’re already paying for it in other ways that’s costing us more than doing it the right way, is just mind boggling for me.”

As a professor of health disparities research and director of the joint University of Texas M.D. Anderson Cancer Center/University of Houston Dorothy I. Height Center for Health Equity & Evaluation Research, Jones has amassed more than three decades of experience addressing health issues of minorities and the underserved. The National Institutes of Health National Center on Minority Health and Health Disparities recognized Jones with its Director’s Award for Excellence in Health Disparities. He was also awarded the Ruth Kirschstein Diversity in Science Award and selected as a top African American Scientist in America by the National Science Foundation.

In 2000, Jones was named the first director of the congressionally mandated Center for Research on Minority Health (which was elevated to an institute in 2010). It was a multidisciplinary center the aims of which were to “foster research that addresses the causes of health disparities and translates scientific results back to the communities affected by those disparities; encourage minority students to pursue careers in the biomedical sciences; and increase recruitment and retention of minority and medically underserved populations into clinical trials.”

Jones is also a strong proponent of science education beginning with young children to combat what he describes as a “scientifically illiterate society.” At the University of Texas M.D. Anderson Cancer Center, he mentored high school students in medical academy programs to become “consultants” for college faculty. In his personal life, he is deeply involved in the community outreach program GROW Unity Resources for Living through his church Unity of Houston, where he serves on its board of directors. Jones’ complete history can be found at www.thehistorymakers.org/biography/dr-lovell-jones.