Since emigrating from Taiwan in 1968, Lily and Yuh-Nung Jan have shared in developing groundbreaking research careers that have solved some of the most basic and crucial questions in neuroscience. Now the longtime ASCB members and Howard Hughes Medical Institute-funded investigators from the University of California, San Francisco (UCSF) are sharing another prestigious milestone: winning the 2017 Vilcek Prize in Biomedical Science. 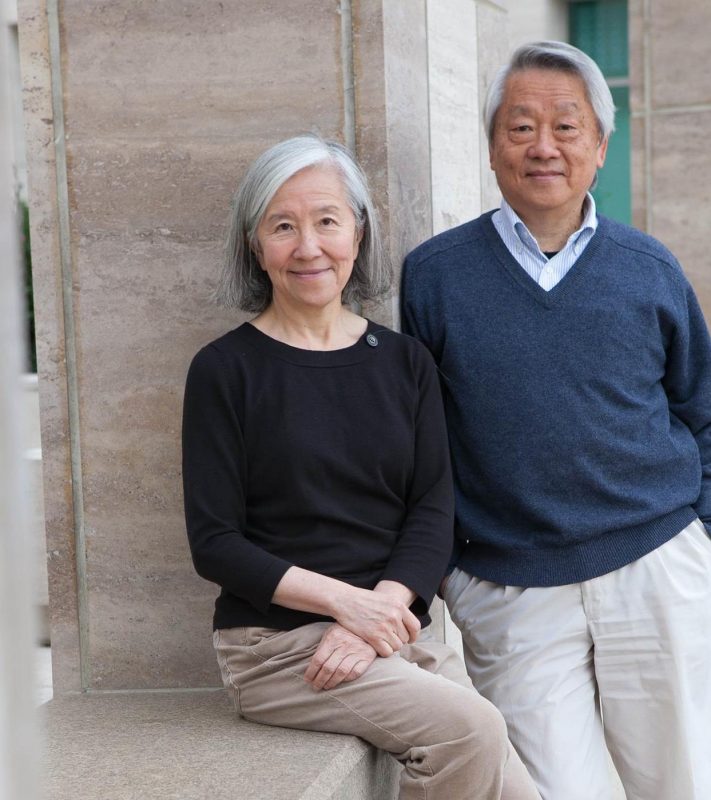 According to its website, the Vilcek Foundation awards the Vilcek Prizes annually to “immigrants who have made lasting contributions to American society through their extraordinary achievements.” Two prizes are awarded, one in biomedical research and one in the arts and humanities, in a field designated by the foundation. The prize carries a $100,000 award and is presented in a ceremony in the early spring in New York City.

Yuh-Nung, who joined ASCB in July 1991, and Lily, who joined in January 1999, were recognized for identifying the genes that give neurons, as wells as dendrites, their particular shape and size and for identifying the genes and mechanisms behind the specialized channels in the cell membrane that shuttle potassium ions. When ion channels fail, deadly medical conditions can occur.

The Jans began their scientific journey as theoretical physicists, switching to biology only after coming to work with mentor and biophysicist Max Delbrūk at the California Institute of Technology in 1970. The Jans say Delbrūk intentionally lured them to a life of biological science.

“In our second year in the physics graduate program at Caltech, Max invited a Nobel laureate from Berkeley to give a biology tutorial at the weekly physics seminar,” Lily explained. “This seminar speaker relayed Max’s intention to inspire some of us to switch from physics to biology, by telling us Max wanted not just the hands and minds but the heart and soul of the converts.”

The biology “converts” enthusiastically embarked on their new scientific adventure. It turns out that having a background in the physical sciences helps with the understanding of biology.
“Some understanding of physics certainly helps with biological studies,” Lily said. “Being a total novice in biology also turned out to be helpful in developing the mindset to learn whatever is necessary to approach a scientific question of interest.”

The struggle of a married couple pursing separate careers is real in academia, often referred to as the “two-body problem.” But the Jans were different; instead of seeking individual recognition for their work, the couple leveraged their common research interests and found ways to amplify one another’s efforts. They now run a joint lab at UCSF funded in part by the Howard Hughes Medical Institute. The collaboration has supported their family life.

“It has been natural for us to share interests and exchange ideas about research,” Lily said. “For years Yuh-Nung attended meetings in neural development while I went to meetings in ion channels, to avoid traveling at the same time while our children were young.”

The team approach also inspired complementary research projects. “Team Jan” had become greater than the sum of its parts.

“While Yuh-Nung has maintained more direct contacts with the development group and I maintain more direct contact with the channel group, questions about what neuronal functions befit the specific dendrite morphology have led the development group to studies of mechanosensitive ion channels, and questions about ion channel functions in different cell types have driven the channel group into developmental studies,” Lily added. “It does not really matter to maintain individual identities as researchers given that the outcome of our collaboration is bigger than the sum of what we would have done individually.”

Being a collaborative research couple has benefits even outside the lab.

“We’ve benefited from the flexibility in a variety of ways over the years. When we were postdocs, we took shifts, working extended hours on the slow excitatory postsynaptic potential in the lab or attending to our baby daughter at home. We also have the luxury of carrying on casual discussions of papers or projects anytime of the day and occasionally traveling together to meetings now that we are empty nesters,” Lily said.

Challenges were overcome with understanding.

“The long hours of a research couple require some careful time management, but then it may be easier for a researcher to understand the atypical schedule of another researcher. It is great to have a partner who can be your sounding board and give you the completely honest feedback,” concluded Yuh-Nung.

The Jans’ research has placed them at the leading edge of neuroscience. But on the homepage of their UCSF laboratory website, they have posted a reminder from their mentor Max Delbrück: Don’t do fashionable science. This admonition makes the Jans reluctant to point their research compass toward anything that might be trending in the literature.

“Different people have different “big questions.” We tend to focus on questions that interest us and are solvable,” said Yuh-Nung. “Currently, some of the problems that we are pursuing include: How does force gate mechano-sensitive channels? What are the potential roles of mechano-transduction in development? How do we connect the regulator of neuronal type specific dendrite morphogenesis to the nuts and bolts that actually construct the dendrites? What controls dendrite regeneration? Having come across a number of surprise findings in recent years, we hope to understand the basis of some unexpected channel functions in development and cell biology.”

They would also like to instill this philosophy in junior cell biologists (or even former physicists) seeking to solve the puzzles of modern neuroscience.

“Try to solve the problems that interest you. Don’t choose a subject simply because it is trendy.”

You can visit the Jan lab here.
You can read more about the Vilcek Prize here.