Jorge Torres named recipient of 2019 Prize for Excellence in Inclusivity 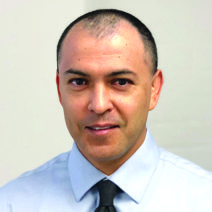 Jorge Torres has been named the 2019 recipient of the ASCB Prize for Excellence in Inclusivity. Torres is an associate professor in the Department of Chemistry and Biochemistry at the University of California, Los Angeles (UCLA). He will receive $5,000, will be recognized at the 2019 ASCB|EMBO Meeting in Washington, DC, in December, and will contribute an essay to the Society’s basic science journal, Molecular Biology of the Cell.

“Science is all around us, and yet we seldom stop to think about the science behind inanimate objects like cars and buildings and sentient beings like animals and humans.”

ASCB’s Prize for Excellence in Inclusivity is an annual award recognizing one scientist with a strong track record in research who serves a critical role in fostering cell biology research and has demonstrated the importance of inclusion and diversity in science through mentoring, cultural change, outreach, or community service. The award is made possible by a grant from the Howard Hughes Medical Institute.

Torres’ academic record demonstrates obvious excellence. He earned his undergraduate degree at the University of California, Santa Barbara, and his PhD at Princeton University. His postdoctoral research was done at Stanford University, as well as at Genentech, Inc. But Torres’ humble roots and challenging upbringing could have been roadblocks to reaching these significant milestones.

“I was born in McAllen, TX, to Mexican immigrants. In my early years I was a migrant farm worker and traveled the United States living in the back of a truck and working in the fields harvesting vegetables and fruits,” he said. Despite having to work hard, his curiosity did not wane.

“Science is all around us, and yet we seldom stop to think about the science behind inanimate objects like cars and buildings and sentient beings like animals and humans,” Torres said. “I have had a life-long curiosity for how things work, especially in regards to the basic principles of life. Although it was not clear to me then, I became interested in science at an early age through my penchant for exploring nature and being fascinated by things that I did not quite understand.”

Torres credits his parents as the driving force behind his success. “My parents were my earliest role models, and I learned many valuable lessons that I have carried throughout my life. Most importantly that life is not easy, and sometimes you have to work extra hard to get ahead. Also, you must always be grateful for what you have,” Torres said.

The Importance of Mentors

Throughout various stages of his academic and professional career, Torres said he was fortunate to have mentors who exhibited the spirit of inclusivity that has since become part of his life’s philosophy.

“John Rice, my high school wrestling coach, biology teacher, and a former sergeant in the Marine Corps, was a great role model who taught me that discipline, dedication, and determination were critical to becoming the best that you can be,” Torres said. “My undergraduate research advisor, Eduardo Orias, was instrumental in my education of the scientific process and for fostering a welcoming, supportive, and fun environment in which I could grow as a budding scientist.”

He remarked that both his graduate advisor, Virginia Zakian (Princeton), and postdoctoral advisor, Peter Jackson (Stanford), proved to be crucial to his development as a critical thinker.

“They always showed a passion for science that was contagious and inspiring. I learned so much about science and how to maneuver the scientific landscape from them,” Torres said.

“Small gestures, such as learning each student’s name and greeting them by name as they enter the classroom have a huge impact.

In his own classrooms and laboratory, Torres strives to create an enriching environment. Small gestures, such as learning each student’s name and greeting them by name as they enter the classroom have a huge impact. He also connects coursework to research studies happening in his own laboratory, where he investigates the mechanisms and proteins involved in forming the mitotic spindle. In this way, he said, students can see the immediate importance of their education.

“I share my enthusiasm for our lab’s research and highlight the importance of the course for their development and advancement as scientists, why the course topics are exciting areas of interest to the scientific community, and how they relate to their everyday lives,” Torres said.

“I allow students to introduce themselves and share their interests in science and career goals with their classmates. This helps to build a sense of community learning in the classroom where students feel safe to explore ideas and learn from each other,” Torres said. From the language on the syllabus to the course design, Torres said, he hopes his courses create an atmosphere where students with different backgrounds and life experience can find commonality and amplify one another’s strengths.

In one of his nomination letters, Catherine Clarke, professor and chair of the UCLA Department of Chemistry and Biochemistry, noted Torres’ broad involvement in initiatives designed to provide opportunity and mentoring to underrepresented groups in science. To name a few, at UCLA Torres works with the Undergraduate Research Center, which has a dozen programs to identify the students with a potential interest in science and teach them skills for survival in college. Torres also volunteers his time at the local Society for the Advancement of Chicano and Native Americans in Sciences chapter and has worked with underrepresented students in the university’s Maximizing Student Diversity Scholars program to help them perfect their research proposals. Torres also offers his time and talents to the California Alliance for Minority Participation, a program from which he benefitted while earning this bachelor’s degree at the University of California, Santa Barbara.

Torres finds these experiences rewarding because, he remarks, simply listening to or talking with students can have an enormous impact on their future. “As an underrepresented minority in the sciences that came from low socioeconomic status and a rough upbringing, hearing about the accomplishments and success stories of students that come from historically marginalized groups really warms my heart,” Torres said. “I am proud and humbled to be able to mentor students that may be going through experiences similar to the ones that I went through early in my career and to assist them in accomplishing their educational and career goals.”

These efforts, he hopes, will affect some of the greatest challenges he sees to promoting inclusivity in STEM such as “institutional policies and decades-old mindsets.”

“These are controversial topics that need to be addressed,” Torres said. “In the academic world, institutions and their faculty and staff need to examine how their policies and mindsets negatively impact their ability to extend educational, training, and career development opportunities to students from all walks of life. Once these institutional barriers to inclusion are understood, the hard work of addressing them must be undertaken.”

At the end of the day, Torres hopes he can uplift the curious kids like himself whose life circumstances may be harshly judged by society or overlooked by an academic establishment that fails to recognize this viable pipeline of scientific genius and innovation. He said he plans to use the prize money for outreach activities aimed at increasing inclusion in science and to create paid research opportunities for underrepresented students.

A short video showcasing more of the reasons why Torres was chosen for the 2019 ASCB Prize for Excellence in Inclusivity will premiere at the opening ceremonies of the ASCB|EMBO Meeting. 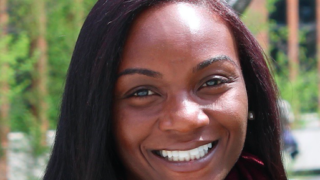 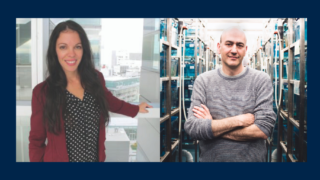