Jian Zhang to Receive MBoC Paper of the Year Award 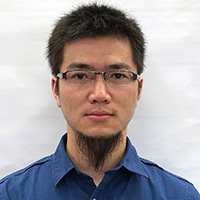 Jian Zhang was named by the Molecular Biology of the Cell (MBoC) Editorial Board as recipient of the 27th annual MBoC Paper of the Year Award. As a graduate student in Yu-Li Wang’s lab at Carnegie Mellon University, Zhang was first author of the article “Centrosome defines the rear of cells during mesenchymal migration” (Mol. Biol. Cell 28, 3240–3251), which appeared in MBoC’s Fourth Annual Special Issue on Quantitative Cell Biology. Zhang is now a postdoc at Vanderbilt University.

“By combining micropatterning, microsurgery, live-cell imaging, and computer modeling, the authors of this remarkable study challenge conventional wisdom that the centrosome position defines the front of a migrating cell,” said MBoC Editor-in-Chief David Drubin. “In fact, they show that exactly the opposite is true—the centrosome defines the rear of a migrating cell.”

Zhang will present his latest research at the ASCB|EMBO Meeting in San Diego in the Cell Adhesion, Motility, and Mechanics Minisymposium at 4:35 pm on Sunday, December 9.