Inoué was known as the “father of cytoskeleton dynamics” and had developed many microscopy techniques that revealed the inner workings of cells. He received ASCB’s highest honor, the E.B. Wilson Medal, in 1992. He was elected to the National Academy of Sciences in 1993. 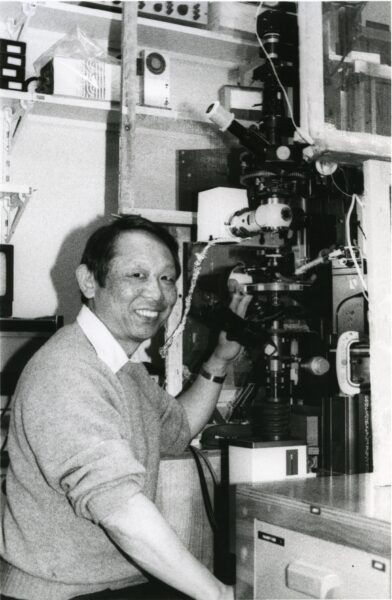 Inoué maintained a laboratory at the Marine Biological Laboratory where ASCB Fellow George Langford of Syracuse University was once a postdoctoral fellow. Langford recalls, “(T)he early 70’s (were) a time of great excitement in the cytoskeleton field. Shinya was far ahead of his time and always has been. He used quantitative microscopy [the polarizing light microscope] to show the dynamics of spindle microtubules in living cells before dynamic instability of microtubules was demonstrated in vitro. His research was so far ahead of the field that he had difficulty getting others to accept his findings.”

The leadership and staff of ASCB send our deepest condolences to the friends, family, and colleagues of Shinya Inoué. A full obituary will be featured in an upcoming issue of the ASCB Newsletter.