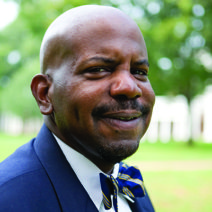 The 2019 E.E. Just Award recipient is Cato T. Laurencin of the University of Connecticut (UCONN). Laurencin holds the title of University Professor, which is the highest academic honor bestowed at UCONN. Laurencin is also the Albert and Wilda Van Dusen Distinguished Professor of Orthopedic Surgery at the school.

Sandra Murray, cell biology professor at the University of Pittsburgh, describes Laurencin as “an outstanding speaker, a spectacular scientist who is well funded, recognized nationally and internationally, has trained [a] number of individuals, and is recognized by the National Academy of Medicine and the National Academy of Engineering.” She added that “[Laurencin] has started programs to increase the diversity of the future workforce and, based on his many quotes, has given time to ponder where science is and should be going.”

Laurencin will give the E.E. Just award lecture on Sunday, Dec 8 at 11 a.m. The title of the talk is “Regenerative Engineering of Complex Musculoskeletal Tissues.”