Symposia are among the most popular components of ASCB’s annual meetings. For the 2018 ASCB|EMBO Meeting in San Diego, experts from a plethora of cell science disciplines will host eight symposia over four days on topics that are both innovative and of longstanding interest to attendees. Below is a sneak peek at some of the latest thinking to be explored on themes central to cell biology and to the basic science underpinnings of forthcoming therapeutic applications.

In the case of the genome, looks do count. How chromosomes fold and the physical structure of the genome directly impact transcription and translation, which in turn can affect human health. Ana Pombo of the Belin Institute for Medical Systems Biology will present the talk “Genome Architecture Mapping (GAM): Discovering 3D Chromatin Contacts in Rare Cell Types.” GAM can plot chromatin connections across the genome. Chromatic connections are prevalent during active mitosis, but Pombo is particularly interested in seeing where these chromatin connections are found in non-dividing cells.

“Gene expression is controlled by long-range chromatin contacts between noncoding regulatory regions and their target genes,” Pombo writes in her abstract. “In dividing cells, chromatin contacts are established when cells exit mitosis [and] dissolve when cells re-enter mitosis. Here, we ask whether terminal differentiation promotes specific longer-range contacts in non-dividing cells, such as neurons, which retain their physiology for years in living animals.” Pombo explained that she will be presenting a proof-of-principle on an “easier, faster and more affordable version of GAM, compatible with its application in specific rare cell types without tissue disruption.”

“Super-resolution Imaging of Transcription in Living Mammalian Cells” will be presented by Ibrahim Cissé from the Department of Physics at the Massachusetts Institute of Technology. The Cissé lab uses physical techniques to see fleeting interactions of living cells. His talk will describe a method of visualizing an important part of the multistep process of gene activation in transcription. Exploiting the fact that RNA polymerases briefly cluster around the site of a gene that is to be switched on, Cissé used “quantitative live cell super-resolution and light sheet imaging to study the organization and dynamics of endogenous Mediator and RNA polymerase II directly in living mouse embryonic stem cells,” he writes in his abstract.

Arun Raj from the University of Pennsylvania will present “Mechanisms of Transcriptional Bursting.” Transcription is not a continuous process but switches on and off again. Raj will describe how his lab is attempting to determine what causes genes to switch into and out of transcriptionally active states. The Raj lab has “developed a new method for massive amplification of instantaneous transcriptional activity, thus allowing us to separate cells based on burst activity for subsequent biochemical analysis.” Raj will present some preliminary results in this regard.”

The cell biology of neurons raises some fascinating questions. J. Paul Taylor of the St. Jude’s Children’s Research Hospital/HHMI and Erika Holzbaur from the University of Pennsylvania will lead this discussion. Taylor’s talk, “Disturbance of Phase Transitions in Neurological Disease,” will report recent advances that reveal how diverse membrane-less organelles (such as nucleoli, Cajal bodies, speckles, paraspeckles, P bodies, stress granules, and RNA transport granules) assemble via liquid–liquid phase separation of low sequence complexity domains that are particularly enriched in RNA-binding proteins. “In my talk, I will present evidence generated in my lab over the last eight years indicating that the defect underlying many forms of amyotrophic lateral sclerosis (ALS) and frontotemporal degeneration is a disturbance of phase transitions that alters the dynamic properties of membrane-less organelles,” Taylor said.

Holzbaur’s talk, “Dynamics of Autophagy in Neuronal Homeostasis and Neurodegeneration,” will touch on the role of both autophagy and mitophagy in maintaining neuronal health and in causing disease. Holzbaur will talk about how the mechanism that forms autophagosomes is altered during aging. Likewise, the proper removal of dysfunctional mitochondria through mitophagy can also change with age. “We hypothesize that both of these mechanisms are required to maintain neuronal homeostasis and become impaired during aging or in response to disease-causing mutations linked to Parkinson’s and ALS.”

Cellular quality control mechanisms maintain homeostasis, but they could also be harnessed for therapeutic purposes. Rachel Green of the Johns Hopkins University School of Medicine/HHMI and Peter Walter, from the University of California, San Francisco, will lead this Symposium. In Green’s talk, “Ribosome Rescue and Homeostasis in Health and Disease,” she will present recent related observations in the yeast and mammalian systems that can better define the factors and mechanisms that maintain cellular ribosome homeostasis. She will also explore how these impact development and stress responses. “We have learned that different ribosome footprint sizes represent distinct states of the ribosome in a cell and that these signatures can inform us on the molecular stresses that the ribosomes encounter,” Green stated.

Walter’s talk, “Targeting the Cell’s Stress Pathways for Therapeutic Benefit,” will elucidate the basic science needed to discover ways of harnessing the cell’s own self-correcting systems to fight disease. “Programmed cell death is thought to protect an organism from malfunctioning, rogue cells that result from an accumulation of defective protein,” Walter writes. “In various pathologies, the life/death balance can inappropriately err on either side: killing cells that would be beneficial if kept alive, or alternatively inappropriately protecting dangerous, disease-propagating cells. Studies of the regulation of proteostasis now emerge as focal points of foundational basic research that powerfully connects to a wide spectrum of unmet clinical needs,” Walter added. 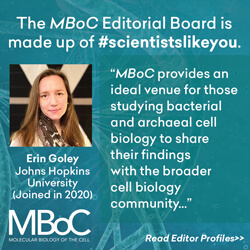