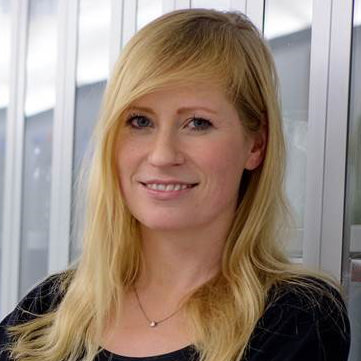 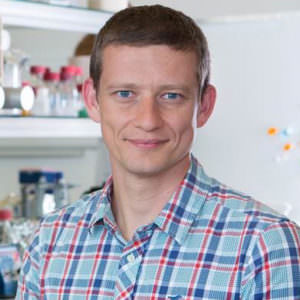 German biochemist and ASCB member Melina Schuh and Czech microbiologist Marek Basler have been awarded the 2018 EMBO Gold Medal. The award is given each year to scientists under the age of 40 who have made outstanding contributions to the life sciences in Europe. Basler and Schuh will be presented with the medals at the ASCB|EMBO Meeting in San Diego at a ceremony on December 10 at 3:15 pm where each will also present a scientific lecture. The medal carries a cash prize of 10,000 euros.

Melina Schuh, Director at the Max Planck Institute for Biophysical Chemistry in Göttingen, Germany, is being recognized for her pioneering work on meiosis in mammalian oocytes. Schuh works in the newly created Department of Meiosis at the institute and was the first to produce live cell imaging of meiosis in human egg cells.

“I find meiosis fascinating, as all mammalian life starts with the formation of eggs and sperm,” Schuh explained. “Chromosome segregation errors during meiosis are a leading cause of pregnancy loss and several congenital disorders such as Down syndrome. I am hence highly motivated to investigate how meiosis proceeds, and how aneuploidy in eggs arises.”

Much remains to be learned about how chromosomes are distributed. The main focus of Schuh’s work involves aneuploidy, whereby, following meiosis, oocytes end up with the wrong number of chromosomes. Schuh is specifically interested in why and how the quality of egg cells decreases as women age.

“[T]he decline in egg quality with advancing maternal age is the main reason why conception becomes increasingly difficult as women approach their 40s,” Schuh said. “This decline in egg quality is linked to the fact that eggs are as old as the woman:
A 40-year-old woman has 40-year-old eggs. I hope that in the longer term, our research will help to improve fertility treatments, which frequently fail because of aneuploidy in eggs.”

“I hope that in the longer term, our research will help to improve fertility treatments, which frequently fail because of aneuploidy in eggs.”

In his nomination letter, EMBO Member Sean Munro, a group leader at the Medical Research Council’s Laboratory of Molecular Biology (LMB) in Cambridge, UK, writes, “[Schuh] is utterly committed, a broad thinker, experimentally fearless, and always looking for new questions and approaches. She has pioneered methods to image mammalian meiosis and used them to identify new players in this fundamental process.”

Part of Schuh’s work has aimed at developing methods and techniques to better understand meiosis. As a PhD student with Jan Ellenberg at the European Molecular Biology Laboratory in Heidelberg, she developed a way to use live cell imaging microscopy to study meiosis in mouse oocytes. Later she applied this technique to observe the processes that result in aneuploidy in human eggs. In addition to identifying molecular processes during meiosis, Schuh has also established new tools to study gene and protein function in the female germ cell. Schuh was offered a group leader position at LMB directly out of graduate school.

Schuh’s recent research reveals the role that actin plays in the alignment of the spindle during chromosome segregation.

Marek Basler, a professor at the Biozentrum (The Center for Molecular Life Sciences) at the University of Basel, Switzerland, is being recognized for his ground-breaking work on a bacterial defense mechanism called type VI secretion systems (T6SS). Basler’s research focuses on the role of T6SS in bacterial survival, how it impacts pathogen virulence and the spread of disease, as well as the structure and function of the system. As what has been described as a “molecular speargun,” T6SS also could be exploited to deliver therapies.

“Our research aims to provide a detailed insight into the function of this complex nano-machine and to contribute to a deeper understanding of bacterial infections in humans,” Basler explains. “The elucidation of individual pathogen-specific T6SS components could provide new approaches for antibacterial therapies.”

Most recently, Basler’s team used cryo-electron microscopy to reconstruct and further reveal how three major components of T6SS are assembled and how they work.

“His work has revolutionized research on bacterial secretion systems and clearly established him as a leader in this field,” wrote EMBO member Erich Nigg, professor of cell biology and director of the Biozentrum, University of Basel.

Basler earned his PhD at the Institute of Microbiology of the Czech Academy of Sciences in Prague. He was a postdoctoral fellow with John Mekalanos in the Department of Microbiology and Immunology at Harvard Medical School.