Why so serious? The surprising importance of informal seminars 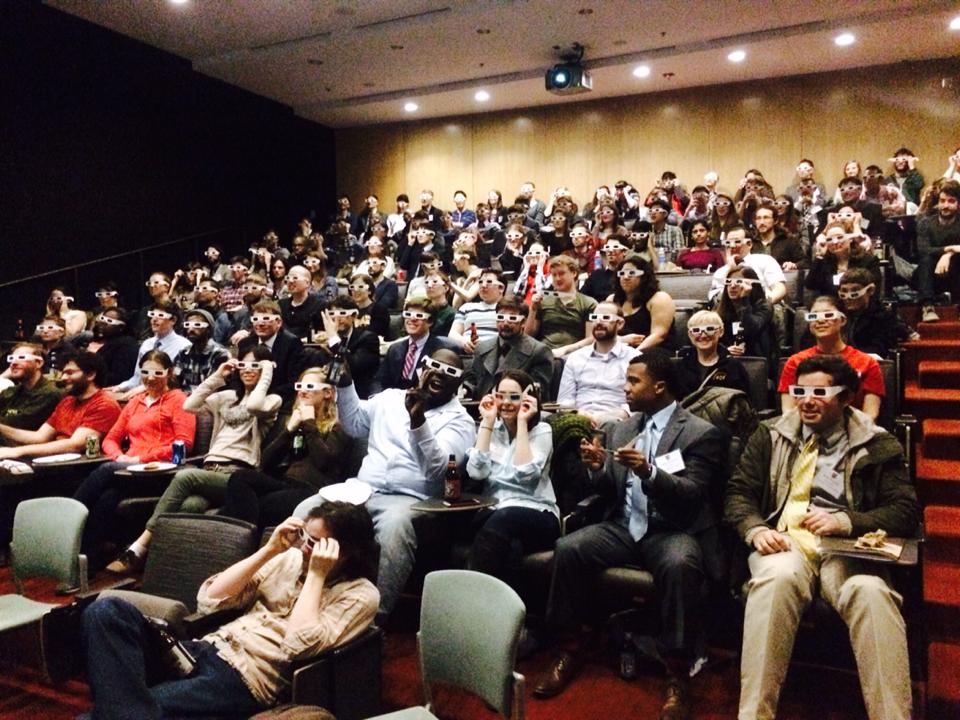 In academia, seminars are the classrooms we never really leave. As a keystone of intellectual exchange, seminars, whether large or small, are interwoven into doctoral training programs. Students are made comfortable with seminar series early on and expect never to be “done” with them for the duration of their tenure in academia.

What features of a lecture make it valuable for training grad students? Imagine the type of public address that will impart the greatest long-term benefit to a budding scientist. Picture yourself there. Who is speaking? Are you in a hall the size of an airplane hangar for a conference plenary session? Are you in the worn out seat of a lecture hall at your home institution? What kinds of questions do you ask?

I’ve had the great fortune to attend presentations by intellectual leaders across biology. Yet after 10 years in academia, the most significant seminar series in my training was not open to faculty, postdocs, or staff. It was a semi-weekly, hour-long presentation by and for PhD students over dinner and beer. On most Fridays at the end of the day, students from across several biology PhD programs gathered to unwind, commiserate, and share their work. Given that the audience drew from all biology departments, presenters were obliged to explain the simplest tenets of their field as well as the details of their particular project. What made this series unique was its emphasis on humor and irreverence, and the permission we felt to share our weirdest ideas and our mistakes.

Students presented their work within a theme, which ranged from the Golden Girls to Eurovision to The Game of Thrones. Talk titles included “A Song of Beer and Food,” “GWAS: The Endless Search for More and More Insignificant Things,” and “Mean Grads” (a well-executed riff on Mean Girls). For one year, email reminders of the seminar were composed in verse as parodies of pop songs. One time the reminder email described a lengthy grad school version of The Oregon Trail, with 23 possible ending scenarios.

Student presenters used ridiculous metaphors to explain their work, such as T cell education in the thymus as a house party where only the most fun guests are let in, or lipid nanodiscs for crystallizing membrane-embedded proteins as the wrecking ball from Miley Cyrus’ eponymous music video. Talks were punctuated with live performances, photos of pets, video footage from lab parties, or results from experiments conducted in secret to test fast food extracts. I once used an email from my advisor that read in its entirety “Ack!” to describe in great detail the Ack kinase pathway and its relevance to my project. (The original email was, in fairness, quite an appropriate reaction on her part)

Not surprisingly, the audience was liberal with feedback. Presenters could expect to be interrupted frequently with jokes or off-color commentary, but just as often would be challenged rigorously on their data. Especially commonplace was data from failed experiments and discussions of how to move forward. Some presentations ended triumphantly, with the speaker describing how they overcame a slew of failures. More often the story was mixed, leaving many ongoing questions or technical challenges unresolved by the end.

In this way, the grad student seminar served as a unique platform to solicit ideas or feedback from fellow students. Whether or not they had a complete story to tell, presenters didn’t hide their frustrations with the process of research and grad school. The foibles of finicky experiments, dreadful committee meetings, or the whims of the publishing process were all fair game during these seminars.

I count this series as the most important to my graduate education primarily for this reason. These were rare moments of vulnerability for us grad students when we could show our failures or rage at our unfair thesis committees. It had the feel of a schoolyard playground with no teacher on duty: We were sometimes too rowdy, too noisy, or we lost focus, but just as often we challenged one another productively. I used my presentations to test theories I had or to take aggressive and usually unwarranted stances on issues in fields outside my own. Otherwise, I argued with classmates about their conclusions, tried to suggest improvements, and of course I learned an enormous amount from my peers.

Without the supervision of our mentors (although certainly with the university’s financial support), we patched together a scientific community that met and wrestled with our own issues, academic or otherwise. Not having professors meant much more than merely permission to disclose our frustrations. It meant first that the quality of the science presented was up to us. Presenters were accountable only to themselves and the audience, a sort of ad hoc thesis committee of tipsy classmates. The absence of faculty also meant we had latitude to convey who we were aside from our data or our papers. Most students took some time to introduce themselves and their lab and might invest a long section on their cats, or their band, or the lab’s costume party for Halloween.

This kind of seminar was not unique to my institution. One colleague of mine described a semi-regular series not officially sponsored by his university, but simply held at local bars and attended by grad students and postdocs. Like the series I attended, no faculty were present, and the audience was more relaxed and interactive. He also enjoyed that it exposed him to fields he did not often encounter. Informal academic programming isn’t unique to the natural sciences. The philosophy department at the University of Chicago hosts a series of late night events called Night Owls, where invited speakers present or debate in front of students. Professor Agnes Callard, who started the series, points out that “there’s a need for intellectual events that also let off steam.” She credits this feature for its unexpected popularity. Events like these prove there is great interest in communicating our work in formats that relieve stress, where the stakes are lowered, and where we can show our human sides to one another.

Informal presentations are also microcosms of unfiltered scientific exchanges. The most transformative conversations I have with scientists outside my institution are always in the hallways, lobbies, cafes, and bars at conferences. If I had to point to where scientific advances happen it would be those unquantifiable small exchanges, whether between colleagues who know one another intimately or between complete strangers brought together through a shared research interest. Does that intimacy and informality diminish the scientific concepts being discussed? I argue no. The same goes for the grad student seminars I attended: They blended the personal and the scientific with no loss of academic rigor. On Fridays at 5:00 pm, that overused lecture hall formed the space in which my classmates and I became confident scientists who could ask that difficult question or defend against this withering criticism. A successful scientist is always also a human, and during these grad student seminars, we matured as both simultaneously.

Finally, the benefits of casual science presentations can and should be shared with the public. While I was a grad student I became one of the organizers for Taste of Science, formerly Pint of Science, an annual festival comprising informal presentations by scientists in bars or cafes. The festival increases the public’s exposure to and engagement with local scientists. It humanizes researchers, and it reframes scientists as funny, unique individuals. Indeed, the best presentations I witnessed featured jovial ribbings among the faculty presenters. The director of Taste of Science, Parmvir Bahia, says that explaining scientific concepts can easily be dry enough to put an audience off. “If you can put forward those ideas in a way that is funny or entertaining, it makes them more sticky—more likely to remain in people’s minds.” Such a strategy ensures that members of the public will better absorb scientific concepts, but it also shows the human side of scientific research. Taste of Science appealed to me because it fosters the simultaneous intensity and levity of a discussion at the hotel bar following a conference, and it puts that discussion in front of the public. Training programs for new scientists and organizers of conferences should not be deaf to those little moments of informality that let us celebrate the human side of our shared endeavors in research.