Through Biased Lenses: The Public Perception of Science Has Changed, but the New View Is No Better 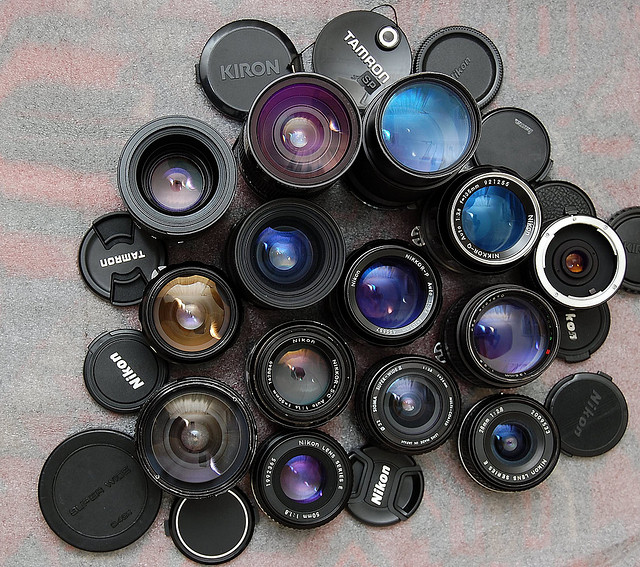 The view of scientists as old white men in lab coats presents a highly exclusive view of who scientists can be. In recent years, the push to increase female interest in science has come from seemingly everywhere, from the federal government to toy companies (think GoldieBlox and Computer Engineer Barbie). In fact, female scientists who choose to compete for federal funding—whether a training fellowship, an R01, or anything in between—are as successful as males at winning those awards (1, 2). While it’s not to say that the gender imbalance in science has been solved, negative commentary from the public about the scientific community does not end there.

The public perception of today’s scientist exceeds the gender disparity, now spilling over into the practice of science in the laboratory and the focus of research that is performed. For those who don’t personally know a scientist, the media provide much of the insight into who a scientist is and what a scientist does. This propagates a host of problems regarding how the public perceives science, and these misconceptions adversely affect the practice of science in the laboratory.

Sensationalized headlines such as “Shrimp on Treadmills? Or your benefits?” (an article equating perceived NIH funding waste as directly impacting the availability of funds for Medicare and Social Security) propagates a mentality of “us versus them,” where scientists whose broad contributions to research are not immediately understandable are a detriment to the financial well-being of the country. Using the shrimp treadmills as an a propos example, this particular project actually focused on how water quality affects the activity of different aquatic animals; the shrimp treadmill was allegedly paid for out of the researcher’s own pocket and not from federal funds at all.

Criticism of science in the media is nothing new. From 1975-1988, Senator William Proxmire issued the Golden Fleece Awards to federally supported research that he felt was “the biggest, most ridiculous or most ironic example of Government spending or waste.” In 1976, a recipient of one of these awards sued Senator Proxmire for libel. While settled out of court, the case found its way into national media such as the New York Times, propagating the idea that the public misunderstanding of scientific research is comical—not the pervasive social problem that it is—and that this misunderstanding is an excuse to poke fun at the research enterprise.

A more productive response would be for the public to embrace this lack of understanding as motivation to learn more about science and the practice of scientific research. Yet a 2014 survey from the NSF states that only 35% of respondents admitted to having an “excellent” or “good” understanding of what scientists actually do. A 2013 study conducted by the Pew Research Center and Smithsonian provides a shocking insight into why this is the case: When adults were asked why they think more students do not pursue study in science and math, 46% of the adults suppose it is because the students think those subjects are too difficult. In many ways, this may reflect more on the adults polled than the actual mentality of American students, as results from another question on the Pew survey state that only 11% of the respondents think that science should be emphasized more in K-12 education. [Infographic here]

The public review of the National Science Foundation is a prime example of recent negative publicity harming the public perception of science. The National Science Foundation: Under the Microscope, published by Senator Tom Coburn in 2011, includes this in its introduction: “The bad news [for taxpayers] is a significant percentage of your money is going to what most Americans will consider fraud, waste and abuse… Taxpayers may also question the value of many of the projects NSF actually chose to fund.” And while that may be true, those statements represent a fundamental breakdown in an appreciation of how the research pipeline functions: While taxpayers may not understand the virtue of particular studies, the peer review process is in place so that those most qualified to evaluate the merits of a proposed study are the ones to decide whether or not it gets funded. In no other industry are the critical decisions regarding how the field moves forward tied so closely to the public’s sense of financial well-being.

Under the Microscope proceeds to state that “[w]e need to target the money we spend wisely to realize meaningful scientific discoveries and advances.” I argue that the value of a scientific discovery is not typically evident until after it has been made, and as such cannot be determined simply by the preliminary data and specific aims outlined in a grant proposal written before much of the research has been done. While it is understandable that taxpayers want to know how their money is being spent, this desire for knowledge cannot be misconstrued as a right to dictate how the NSF allocates its funds. Those with the most understanding of the scientific research enterprise should continue to serve in that role, as it requires not only an understanding of the potential immediate impacts of a particular study, but also an appreciation for how an avenue of research may provide a basis for future advancements in the field even when a direct impact on, for example, healthcare, is not present.

So what is the solution to changing the public perception of science? Simply, it’s improved dialogue between scientists and the public at all points during the research process. So long as science only makes it into the media either when it is being criticized or when a major breakthrough has been discovered, the public will continue to see science as a field of polar extremes to either love or hate. To improve the perception of science, the public must realize that this view is not accurate, and that in fact research is a long process carried out by trained professionals, most of whom do have the best interests of the public at the heart of their work. The path to this understanding begins with scientists who are willing to convey the less newsworthy reality of what research is like, for the benefit of us all.

Aliyah Weinstein is a graduate student at the University of Pittsburgh, where she studies cancer immunology in the laboratory of Dr. Walter Storkus. In the realm of science writing, she has previously been published on the NatureJobs blog, and also writes about grad student life on her own blog, Isn't That Grad (http://isntthatgrad.wordpress.com).​