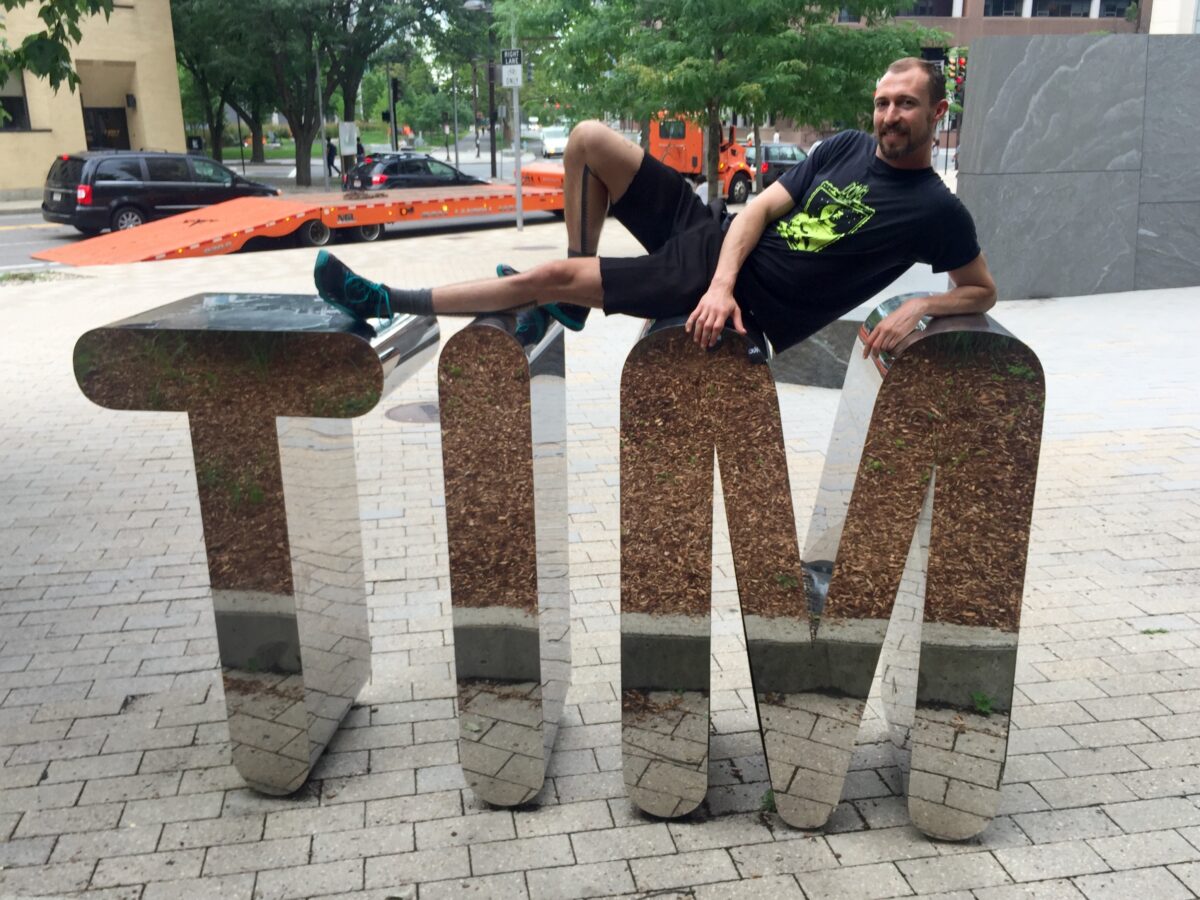 Once we reach the end of our PhD, grad students interested in an academic postdoc are united by one thing: freaking out. Approaching the end of my PhD, far too many things were happening at once. Raising my head from the minutiae of my project, I felt swept away by wave after wave of career-defining decisions. At no point did I feel like I was doing the postdoc search “correctly.” Rather, it felt like a hasty and confusing tour through options that varied only in their relative inadequacy.

Conversations with my PhD mentor about postdocs consisted of her waiting expectantly for me to share my broader goals and potential postdoc labs. After I wriggled in silence and eventually suggested a couple of sub-fields I was interested in, she listed a few big names but waited for me to narrow my search. I was doubly unprepared: I didn’t quite know what field I wanted to end up in, and I foolishly expected my mentor to steer the conversation about postdoc labs. Meanwhile, I was preparing my manuscript as fast as I possibly could and similarly racing to schedule my thesis defense. It felt like I was flooring the gas pedal on my PhD while slamming the brakes on the big decision to follow.

Eventually, I took all the advice I was given, considered the field I wanted to move into, and hunted dutifully for labs with a history of training successful PIs. But one thing kept bugging me: the thought of coming from my PhD in a big lab with a busy PI, and going to another big lab with an even busier PI. I had spent years fighting for my PI’s attention. Fortunately, this struggle was absolutely worthwhile and my relationship with my PI was excellent, despite my limited access to her. But looking at all the obvious options for postdoc labs, I became tired even thinking about starting the same struggles all over again.

I had heard the stories: a complete manuscript languishing in the PI’s inbox for weeks on end, a presentation that goes untested by the PI before it must be delivered, the buildup of too many questions and obstacles that must all be addressed in a 30-minute meeting, the 30-minute meeting that is canceled last minute, etc. While my training was ending on a high note, I had no appetite for continuing these frustrations in a new lab. As I was realizing this strong preference, I met two postdocs who were about to start new labs. Both had done fantastic work as postdocs and both were eager to recruit new lab members with my skill set. My initial conversations with each, one at a conference and one in my own department, were revelatory. They were close to my age, as giddy as I was about the science they pursued, and had secured funding and laid out innovative research plans for their labs.

Being a dutiful, almost-graduated PhD student with my eye on an eventual faculty position, I had never dreamed of joining a brand new lab. Too risky! But I loved chatting with each of these soon-to-be PIs, and they were keen to hear my views on my field. Both responded with detailed and ambitious plans for what I might do in their groups. Meanwhile, my emails to the big and famous labs went unanswered. Of course, this meant only that I should resend and resend again, but my motivation began to dwindle. I began to think the unthinkable: What would it be like to join a brand new lab?

A postdoc search is often presented as a grand optimization strategy. The optimal conditions for snagging a faculty position were known to me: get into a lab at a top institution with a record of producing faculty, get an amazing project suited to my skills, publish well, make connections, and get fellowships (if possible the crown jewel: the K99/R00). These circumstances, as I learned from countless information sessions, career panels, and informal conversations, would maximize my chances. But did I really want to order my entire life around a strategy to marginally improve my odds of getting a faculty position? Ultimately the answer was no: I wanted to enjoy life during my postdoc and do something that excited me. If nothing is a guarantee, I decided I should at least ensure that I’m having fun.

I actually resisted this conclusion for a while. I felt I had to keep within the narrow path of an optimized career in academia. Two things broke down my resistance to this heretofore unfathomable choice. First, I had a crucial exchange with a professor I had come to know rather well during my PhD. I mentioned to him my great enthusiasm for these two not-yet-PIs with whom I had been chatting, and my worry over the risks of joining a new lab. He replied that I could not ignore what my gut told me. Every major decision he made over the course of his career, he said, had ultimately come down to intuition. After all the pros and cons were weighed, this was the final factor.

The other was a clarification of my career plans. One PI-to-be was starting her lab focused on immunology. As we got to know each other and she explained her lab’s research program, I became convinced that moving into immunology was the ideal shift for me. My background, my doctoral work, and my future aspirations all nicely converged if I went in this direction. Had I not met my future PI, and been compelled to consider her lab, it never would have occurred to me to move into immunology. After this became clear, things fell into place with relative ease. Once I accepted the drawbacks of a new lab, I found the unbounded enthusiasm for my postdoc that was so notably missing earlier in my search.

What did I sacrifice and what did I gain by taking this path?

I sacrificed two kinds of built-in networks. First, I didn’t have the network of colleagues in an established and successful lab. Colleagues who have been working with the PI for years, have been in that department and at that institution for years, can get you up to speed right away in your new work environment. This might be anything from your PI’s mentoring style, to the reliability of a given experimental platform, to the department policies on environmental safety. Knowing any of these can make your life easier and accelerate your research progress. The second network, of course, is that of your PI’s professional connections. The wheel-greasing offered by successful PIs, for better or worse, is already a much-discussed phenomenon. From a well-known lab you can be smoothly introduced to important members of your field, or awarded a talk at a conference. In a new lab, your PI is fighting for recognition, and your affiliation with the lab does not confer that boost.

What did I gain in place of these juicy benefits? First, my success is firmly joined to the success of my PI. If my project is faltering, she is strongly motivated to prop it up or offer alternatives. Perhaps even more important to me, I have an immediate impact on the lab’s research program as well as its internal culture. The lab’s culture, the tone of lab meetings and social events, is being formed by its founding members. My approach to science is thereby woven into the lab’s output, whether in papers, at conferences, or in hallway conversations.

Some former colleagues of mine, now themselves new PIs, described to me some additional qualities and challenges for postdocs who join their groups. Foremost among these is the unique benefit that a postdoc enjoys if the PI can train him or her directly. Learning a new experimental technique is accelerated enormously if you learn from a practiced expert rather than on your own. As a new postdoc, your young PI likely has the time and the recent memory to train you directly.

Yet a unique set of challenges stems from the immense pressure to succeed that young PIs experience, and the ramifications of such pressure on the lab. Great pressure, although unavoidable, makes for neither good science nor a pleasant working environment. This might unduly impact the lab’s culture and the PI’s mentorship, although I’ve yet to experience this myself. In this regard, I credit the gradual changes that have increased attention to, and support for, new PIs and their unique challenges.

In the same vein, however, the pressure to succeed often directs how new PIs approach their research and its impact within their field. A junior PI might be more conservative in their approach toward research, trying new techniques, or publishing. Meanwhile, very established (and tenured) PIs might gladly confront their field with a controversial study or easily shift a project’s focus into a new and untested area. Younger PIs pursue the research program that got them their job in the first place. While this ensures a stream of probably very interesting projects, when combined with the pressure on a young PI to publish it might produce more rigid thinking about projects and navigating them toward publication.

My PhD mentor once said something that sounds odd but rings true: “Choosing a postdoc mentor is a little like choosing your parents for your professional life.” In this respect it’s unique. When selecting a PhD mentor you are naive of the academic landscape in a given field, so that choice is made with other criteria. After a PhD, however, you know all the players and you get to choose one. For those who decide to stay in academia, this choice is essentially selecting a lineage in which you’ll take part. In my case, going to a new lab was a little like being adopted by a sibling, rather than a wizened elder. I’ve joined a somewhat anonymous family tree (so far!), but I’m loving the freedom it offers

The views and opinions expressed in this blog are the views of the author(s) and do not represent the official policy or position of ASCB.. 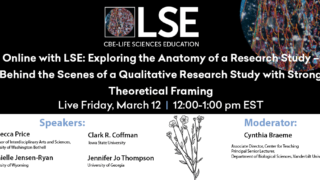 Can cluster hires move the needle to advance faculty diversity?