It took nearly a year for Antentor O. “AJ” Hinton to compile the list, “100 Inspiring Black Scientists in America,” originally posted on the Cell Press blog Crosstalk, which has since been shared and discussed widely on social media.  Hinton, a postdoctoral fellow at the University of Iowa, hopes this resource will launch a “significant and long-lasting effect on all members of the scientific community and [will] continue to emphasize the need for diversity in the academy.” But Hinton’s work is just getting started. 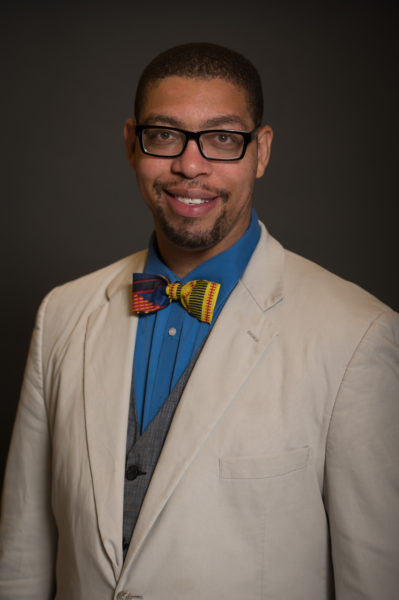 Inspiration for the list came from a discouraging revelation that many aspiring young black scientists didn’t seem to be aware of many older, more well-established African American scientists that they could look up to, be mentored by, or network with, Hinton said.

“Several African American faculty at high- level institutions had told me that undergraduates from underrepresented minority backgrounds were asking them if they were the only faculty in the department or at the university that were doing well,” Hinton said.  Recognizing how mentoring and networking had been critical in his own career, Hinton set out to create a resource that black scientists starting their career journeys could reference for possible help, and as the title suggests, inspiration.

Collaborating with colleagues Zer Vue, a postdoc at UCSF, and Haysetta Shuler of Winton-Salem State University, Hinton drafted the list over a number of months. It includes 75 well-established investigators (tenured assistant faculty and above) and 25 investigators Hinton describes as “rising stars.” Since it was published, Hinton has received many comments from readers who say he should have included this or that person, but criteria for the list were well defined. While all the investigators work at American institutions, he said he tried to represent the African diaspora by including individuals who have come from a variety of African or Latin American countries. “The scientists were chosen not only because of their personal accomplishments but for their commitment to mentoring, teaching and championing diversity,” he said.

Hinton’s next steps include constructing lists for European Black History Month (celebrated in October) and a list of current notable black scientists from across Africa. The lists are but one step toward expanding diversity and altering the cultures of acceptance and inclusion for scientists of every background in academia, including overlooked minority Asian groups such as Hmong and members of the LGBTQ+ community, he said.

“For the undergrads across the nation, I want these lists to help them recognize that there are myriad scientists of all colors. I hope to imbue them with confidence to propel them to the next goal—grad school, med school, pharmacy school, industry, etc.,” he said. “For the masters, PhDs, and MDs, I want them to have access to mentors that they may not have known about before. And for the faculty, this is an opportunity for them to look at this list and see if any of these individuals can fit into what they are doing for future collaborations, to invite them to speak at conferences. Additionally, faculty can use this list to hire rising stars for the new NIH cluster hire initiative. There is a big pot of resources, and all of it is just one conversation away.”

Read more about AJ Hinton and his research here: https://medicine.uiowa.edu/cardiovascular/content/antentor-o-hinton-jr-phd