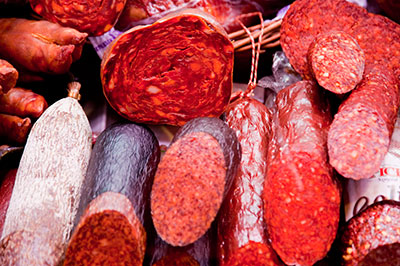 Laws are like sausages. It’s better not to see them being made.

Otto von Bismarck is reported to have said, “Laws are like sausages. It is better not to see them being made.” While it is likely that Bismarck was referring to the contents of laws and the process by which they were made, the time it takes to create the laws is not something pleasant to watch either.

In the U.S. Congress, it can take years for major initiatives to go from idea to law. This slow-cooker approach to making laws is actually healthy, ensuring that ideas pass the test of time. When the pressure gets turned up and the sausage gets made too fast, mistakes can happen. The ASCB has been working since 2013 to correct one of those mistakes.

In 2011 and 2012, there was a media and political firestorm about revelations that certain federal agencies had spent large amounts of money for employees to travel to and participate in what were portrayed as frivolous team-building activities. In an effort to quell the media storm, the Obama administration issued a directive placing limits on the use of federal funds for employee travel and conference participation. Congress, wanting to appear equally “tough on crime,” included the administration’s directives in several bills, making the limitations the law of the land.

There was only one problem. Both the administration and Congress failed to carefully define the word “conference.” The problem was so big that the Department of Health and Human Services had to issue a document entitled “Typical Meetings and Events That Are Not Conferences.”

As the ASCB Program Committee worked to finalize speakers for the 2013 Annual Meeting, many of its National Institutes of Health (NIH) speakers began to cancel their participation in the meeting. We learned that in an effort to enforce the travel restrictions, NIH was limiting intramural researchers to only one scientific conference each year.

For the next few years, the ASCB, later joined by other professional societies, worked with Congress to correct the mistake.  In 2014, Congress attempted a temporary solution, acknowledging that the fix was “to ameliorate an unintended consequence, which has been reducing the attendance of U.S. scientists at international scientific meetings.”

One of the numerous provisions in the 21st Century Cures bill recently signed into law by President Obama is Section 3074, Scientific Engagement. The section says, in part, that “scientific meetings that are attended by scientific or medical personnel, or other professionals…for whom attendance at such meeting is directly related to their professional duties…shall not be considered conferences” for either compliance with travel reporting requirements or travel restrictions.

While the mistake and the fix impact only a small number of scientists, it is important to the entire scientific community. Science is collaborative and depends heavily on interaction and the exchange of ideas and information that can take place face-to-face only at a scientific meeting. A reduction in the number of federal scientists at scientific meetings would adversely affect research done by researchers who collaborate with federal scientists and benefit from and depend on the advances made at federal laboratories.