After more than a year of debate and discussion, the Advanced Research Projects Agency for Health, or ARPA-H, within the U.S. National Institutes of Health (NIH) is finally beginning to take shape. As directed by Congress when it approved the creation of the new agency, Xavier Bacerra, the Secretary of Health and Human Services (HHS), has determined where the HHS ARPA-H will exist in the administration structure. He has also begun to hire staff and leadership to run the agency.

As expected, Secretary Bacerra announced (1) that ARPA-H will be “an independent entity within the National Institutes of Health.” He has also appointed Adam H. Russell to serve as acting deputy director.

Russell received his Doctor of Philosophy in social anthropology from Oxford University. He currently serves as the Chief Scientist at the Applied Research Laboratory for Intelligence and Security or ARLIS at the University of Maryland. Before joining ARLIS, he spent 10 years as a Project Manager at the Intelligence Advanced Research Projects Activity and then the Defense Advanced Research Projects Agency. Before joining the government, Russell worked for the private sector. 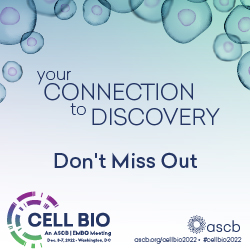