From Dicty to COPD, Kliment Searches for Breakthrough 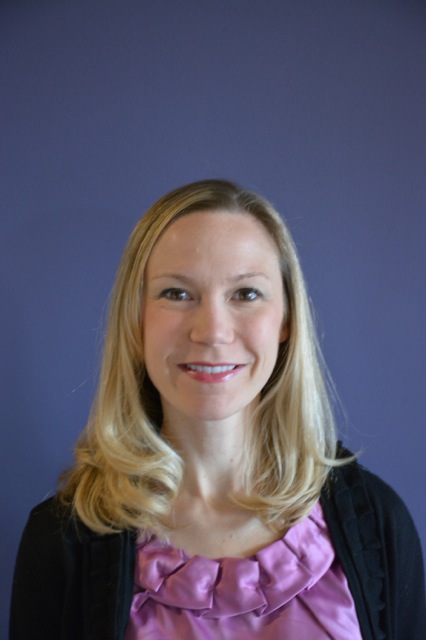 Corrine Kliment makes the journey from the COPD clinic to the Dicty lab to find a breakthrough. Photo courtesy of Corrine Kliment

They can be housed in the same complex or even the same building, but the usual distance between basic research and clinical application is vast. However, there are researchers like ASCB member Corrine Kliment who regularly make the scientific journey. Kliment shuttles back and forth at Johns Hopkins University in Baltimore between treating patients with chronic obstructive pulmonary disease (COPD), the third leading cause of death in the United States, and researching the social amoeba, Dictyostelium discoideum (or “Dicty”) in the laboratory of Doug Robinson. The tiny Dicty has led them, says Kliment, toward a possible breakthrough strategy for treating human COPD, a disease that is primarily caused by exposure to cigarette smoke and yet has seen virtually no new therapeutics in 20 years.

As a four-year Clinical Fellow in Pulmonary and Critical Care, Kliment is required to spend 18 months doing clinical work with lung disease patients in the Hopkins pulmonary intensive care unit (ICU). This commitment has kept Kliment away from the lab for weeks at a time, but she says her clinical experience grounds her basic research. Her COPD patients, short of breath even after they quit smoking, constantly ask for additional treatments. Telling patients that there has been nothing truly new in COPD treatment for decades is one reason that Kliment, with her MD/PhD training, is utilizing Dicty in the Robinson lab.

As a four-year Clinical Fellow in Pulmonary and Critical Care, Kliment is required to spend 18 months doing clinical work with lung disease patients in the Hopkins pulmonary intensive care unit (ICU). This commitment has kept Kliment away from the lab for weeks at a time, but she says her clinical experience grounds her basic research. Her COPD patients, short of breath even after they quit smoking, constantly ask for additional treatments. Telling patients that there has been nothing truly new in COPD treatment for decades is one reason that Kliment, with her MD/PhD training, is utilizing Dicty in the Robinson lab.

This is what Dicty offers. Although commonly employed to study various diseases, particularly those involving chemotaxis or cell migration, using the Dicty model to study lung disease was a calculated gamble for the Robinson lab. But Kliment’s interest in lung disease itself goes back to her undergraduate research experience at the University of Nebraska Medical Center. That pointed her to medical school at the University of Pittsburgh where she earned an MD and a PhD in Cellular and Molecular Pathology, working with MD/PhD Tim Oury on pulmonary fibrosis using mouse models. After an internal medicine residency at Harvard Medical School’s Brigham and Women’s Hospital, Kliment was drawn to Hopkins for the chance of joint clinical and basic research fellowships.

The Robinson lab uses Dicty to model human cellular processes. Studying COPD in Dicty would be a step into unknown territory but with lab colleagues, Kliment began exploring the question, “What would happen if we were to expose Dicty to cigarette smoke? Could we identify new COPD therapies?” In December, she presented her findings at the ASCB Annual Meeting in San Diego, in a study called “Cytoskeletal and Mitochondrial Genes as New Targets in the Protection of Airway Epithelial Cells Against Cigarette Smoke,” which was selected by ASCB’s Public Information Committee as a 2015 Honor Abstract and as a “Best Cell Story of 2015.” https://www.ascb.org/amoebas-reveals-how-human-airway-cells-rally-against-cigarette-smoke-damage/ The work also received the top Basic Science Presentation Award at the 2015 Young Investigators Respiratory Research Forum.

Through their research, Kliment and colleagues observed that when Dicty are exposed to cigarette smoke extract (CSE), a clear phenotype results. “Using a phenotype or a behavior provides an excellent way to screen for genes that help the cells live and grow normally rather than undergoing harmful effects,” Kliment explains. Using a massive cDNA library developed by the Robinson lab, it took the researchers approximately six weeks to screen more than 30,000 Dicty transformants, a nearly impossible feat using a mammalian system because the cells are difficult and expensive to grow.

“While doing the screen, you come in and carefully count cells every day,” says Kliment. “I was working in the surgical ICU at the time, and I remember having to come in early in the morning to get the counts done before seeing patients. I was working with my mentor, both of us trying to complete the work while I was on my clinical rotation, and it all happened very quickly.” When Kliment reviewed the data with Robinson, they were surprised to observe that some cells “grew as if cigarette smoke wasn’t even there” while all of the others died. They conducted multiple reiterations of the screens to confirm their findings.

The experiments showed that exposing Dicty to CSE slowed the amoebas’ growth rate–a slowing that was concentration dependent. And yet some versions of Dicty genes appeared to offer protection against CSE-driven growth defects. Kliment focused on two. The first gene, actin-interacting protein‐1 (Aip1), contributes to cell cytoskeleton modifications. The second, ADP/ATP translocase (AncA), is vital for transporting mitochondrial ATP during cellular metabolism and has paralogs in human adenine nucleotide translocase (ANT) genes. When Kliment and colleagues reintroduced Aip1 and AncA into the amoebas, the genes provided protection against growth defects caused by CSE.

The researchers then overexpressed ANT1 and 2 in human bronchial epithelial cells and exposed them to rising concentrations of CSE. With higher ANT2 expression, there was greater cell viability and preservation of cell morphology. Increased levels of ANT also leads to higher levels of aerobic and anaerobic metabolism in the cells. Kliment is exploring “what mechanisms underlie the protective function of ANT,” she explains.

Ultimately, the goal is “to identify the status of these proteins in human lung samples from patients with and without COPD” and to ask if a specific protein is different in the patients and in what way, Kliment says. “Does that give us any information about how the disease progresses and how the protein behaves over time?” She adds: ”What’s exciting is to see a disease clinically, and then to research the problem in the lab. The clinical situation creates new questions for me; then it is a matter of deciding how to answer the questions through research.”

Kliment says that she was lucky at key points in her education and career to have women physician-scientists as mentors, guiding her development as both a physician and a scientist. With the Dicty model, Kliment is hopeful that she has helped to identify new target proteins that are protective against cigarette smoke-induced cell injury. Moreover Kliment believes that the Dicty model could be used to study a variety of lung diseases, such as fibrosis or asthma, to determine if different genes are protective against associated exposures. Shuttling between both worlds, “The opportunities abound,” Kliment says.