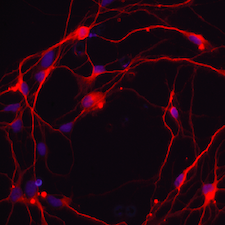 “Pointing cell biology towards disease has brought so many important insights into pathogenesis. It’s from the cell biology that the next wave of treatments will emerge,” says Joseph Gleeson, Howard Hughes Medical Institute (HHMI) investigator and an attending physician in the Laboratory of Pediatric Brain Disease at Rockefeller University; the University of California, San Diego; and Rady Children’s Institute for Genomic Medicine. Gleeson will be giving a presentation in the “Disease Informs Cell Biology” Symposium at the 2016 ASCB Annual Meeting.

Gleeson believes that “next-gen” sequencing promises new treatments with its fast and cheap genetic screening, but without understanding the mechanisms of the proteins encoded in those genes it’s difficult to take genetics to the clinic. A marriage of cell biology and medicine is an essential next step, according to Gleeson.

Gleeson will be joined in the Symposium by Vamsi Mootha, HHMI Investigator and a professor of Systems Biology and of Medicine at Harvard Medical School. Both speakers have medical backgrounds, and both are investigating fundamental biology as it relates to disease. Mootha’s research team works to elucidate the network properties of mitochondria and how these properties go awry in human disease. His lab recently published evidence that the hypoxia response, the body’s reaction to low oxygen levels, could alleviate symptoms of mitochondrial disease in mice. His lab is now investigating the long-term safety and optimal treatment regimen in animal models.

Gleeson’s scientific career illustrates how two-way information traffic can bridge clinical work and basic research. He studies neurodevelopmental diseases and his interests flow from his years as a clinician in child neurology when he became increasingly frustrated that there was little he could do for so many of his patients. “I felt I needed to try a different approach. The textbooks in neurology, especially in the pediatric realm, are mostly descriptive, there’s no connection to genetics or cell biological pathways. For the most part we lack the abilities to make a specific diagnosis and to treat for that reason, and you can’t treat if you can’t diagnose. My research approach was to get into special populations or disease types where we were going to have power to make discoveries that could improve diagnosis and treatment,” Gleeson says.

Gleeson spends a month in the Middle East every year, in places where consanguineous marriages are fairly common, recruiting families with a broad range of neurodevelopmental diseases. “Often we have no idea how to classify the patients; they have features of autism, epilepsy, neurodevelopmental diseases, or developmental delays in some way,” Gleeson said. His team identifies a mutation by sequencing the patients’ genes and looks for other families with the same mutation. “Once we spot that gene that’s mutated, we can go back and find the commonalities and make predictions about what the cell biology will reveal to us.”

Yet with exome sequencing, his team is unable to identify mutations about half the time, suggesting that there be mutations hiding in the noncoding region, Gleeson said. In some patients where they are able to find gene mutations, it is still difficult to develop treatments that target those mutations. “Some genes are enzymes and we can have a pretty good idea about how we can change the enzymatic activity or alter substrate or product to bring a treatment, but a lot of them are structural scaffolding proteins, or don’t have any known function. Figuring out how to bring those towards treatment is going to be a challenge,” Gleeson explained.

Despite challenges, Gleeson is hopeful. “We’re heading to an era where we’re going to be able to have much more precise information we can provide to families with these conditions, so when a child comes into the clinic, we won’t say we don’t know what the condition is or just lump it into this category we call autism. We’ll be able to say your child has a mutation in this pathway or this gene, and even though we don’t have a treatment right now, scientists are working on this and we think treatments are going to come,” he said. Gleeson hopes that the “Disease Informs Cell Biology” Symposium at ASCB 2016 will offer more examples and more good news about crossing the bridge between pathology and cell biology.