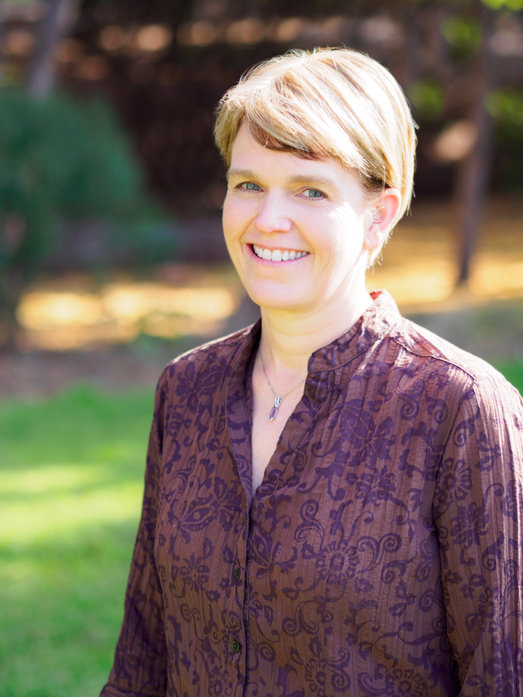 In physics, Richard Feynman once observed, “What I cannot create, I do not understand” but in cell biology, the next best thing to creation is having a list of all the working parts. That’s the goal of Rebecca Heald and her University of California, Berkeley, lab. Unable to create a mitotic spindle, whose vital function is to separate chromosomes into daughter cells during cell division, Heald says that figuring out the minimum number of factors necessary to reconstitute a functioning spindle is the Holy Grail of her science. “That’s an outstanding goal in the field, and I would love to be a part of it,” she says.

It’s quite a list and quite a goal. A mitotic spindle is a complex structure of microtubule filaments together with what are estimated to be more than 10,000 proteins, RNAs, and other components. Identifying the essential working minimum will take a decade or more of research, Heald estimates. To get there, Heald’s lab hopes to settle some of the key questions standing in the way: What chromatin components are sufficient to build a self-organized spindle? How is spindle architecture established? What determines spindle, cell, and organism size?

Size and scale will be the theme of Heald’s ASCB Annual Meeting talk at the December 15 symposium, “Going the Distance: Determining Size and Spacing of Biological Structures.” Such questions fascinate Heald, the Flora Lamson Hewlett Chair and Professor of Cell and Developmental Biology at Berkeley. Heald was offered her position largely because of her groundbreaking work as a postdoc with Eric Karsenti at the European Molecular Biology Laboratory (EMBL) in Heidelberg, Germany. Her work at EMBL revealed that specialized chromosome structures, such as kinetochores, and microtubule organizing centers (centrosomes), were not necessary to induce spindle formation. Answering the next question—what is absolutely necessary?—is what Heald has been pursuing ever since.

Heald’s lab currently splits its efforts between investigating size control mechanisms at the subcellular, cellular, and organism levels, and studying spindle architecture and function. Exploring these questions requires novel strategies. “We’re developing new tools that other labs could use,” she says.

One such tool is the retooled lab frog, which the Heald lab is studying using CRISPR-based chromosome imaging and species hybridization in what Heald hopes will provide a “unique and unifying” approach to study cell division and size-scaling issues. “Amphibians, especially frogs, are really cool and powerful,” she explains, because their size varies widely and species’ genomes can differ as much as 100-fold in size. Mammal genomes, in contrast, are essentially one size fits most. The diverse genomic scale of frogs enables research into how genome size affects other properties of the cell including cell size and cell division. Furthermore, frog systems enable the study of spindle and nuclear assembly and size control in vitro by combining chromosomes with cytoplasm from eggs and embryos. “Frog eggs are the only system that can recapitulate these dynamic processes in vitro,” she says.

Thanks to work by Nobel laureate John Gurdon, researchers know that when an egg from a large frog, Xenopus laevis, is fertilized with the sperm from a small frog, Xenopus tropicalis, a hybrid animal of “intermediate” size is produced, raising questions about what the egg and sperm each contributed to the new creature. But when an egg from a small frog is fertilized with the sperm from a large one, the embryo dies early in development in a very dramatic way, with cells losing their adhesion to one another and “exploding or spewing” from the embryo Heald says, “We’re really curious what leads to this incompatibility only in one direction of the cross. Does it have to do with size? Biochemical incompatibilities? What’s causing this death?” It is one of her lab’s major projects.

Heald is eager to work with a new-to-science frog species provided by the California Academy of Sciences, Xenopus longipes (a.k.a. the Lake Oku clawed frog) found only in Cameroon. It has 12 copies of each chromosome, 108 chromosomes in all, which is a very large genome, says Heald. “We would love to see what adaptations have occurred to allow this and whether it causes the animal any limitations.”

A “spindle zoo,” a collection of images of dividing cells from many different species. Courtesy of Rebecca Heald.

In a recent Current Biology paper, Heald and colleagues presented what she calls the “spindle zoo,” a collection of images of dividing cells from many different species. “We’re measuring their spindles, the size of their cells,” and collecting a lot of data, she says. “It’s not only beautiful, but is also a great starting point to make phylogenetic comparisons and to ask how spindles differ between cells of different sizes and how that affects spindle function in segregating chromosomes.”

Heald’s passion for science was influenced significantly by her father, a chemistry professor at Thiel College, a small liberal arts school in Greenville, Pennsylvania, where Heald remembers visiting him in his lab. She enjoyed the ambience. Although an avid reader in her spare time, she chose science over comparative literature as a career.

Explaining her longstanding interest in dynamic cell structures, Heald says that how the cytoskeleton reorganizes to perform different cell functions is a fascinating process. She has studied many aspects of the cytoskeleton, starting with tropomyosin as a research assistant with Sarah Hitchcock-DeGregori, the nuclear lamins as a graduate student with Frank McKeon, and her current focus on microtubules. All of the filaments are dynamic and produce dramatic effects on cells. “They’re fun to watch,” Heald says.

Consistent with ASCB’s 2015 theme of making connections across science, Heald says her own interests are interdisciplinary, leading to numerous collaborative efforts with researchers in such fields as computational modeling, chemistry, bioengineering, and biophysics. “I see the power of combining these approaches with cell biology,” she says. She likes the way recent ASCB meetings have woven together many of these nontraditional threads with core cell biology subjects such as the mitotic spindle. As her interests grow, Heald says the ASCB meeting seems to grow to feed them, citing recent talks at ASCB on evolutionary cell biology.

A wide and mixed approach is the best way to understand problems such as how genome size affects nucleus and cell size—how extreme sizes, such as very small or large cells, affect the biology of the organism and its development. “We’ll always be cell biologists, but we’re thinking of things more at the level of the organism and of evolutionary questions,” she says.

Beyond frogs and spindles, Heald is an avid cyclist, bicycling to work every day on her purple titanium Serotta bike (matching her purple car). For getaways, she enjoys riding with her husband and friends in Europe. On her two feet, she loves camping and hiking in the Sierra, Mount Shasta, and other beautiful California places.