Caught in a Conflict between Labs

I’ve recently moved to a second postdoc after a couple of pretty successful years that have led to some good publications. I switched to another lab at the same university because of funding issues and because of family obligations that make it hard for me to move right now. The PI of my new lab has collaborated with my former mentor, and I thought they had a good working relationship. My new project is related to work I did in my old lab, and I’m now horrified to hear from my former lab mates that my previous mentor is upset about my move to the new lab and the project I’m doing. In fact, she thinks the new lab hired me just so I can pass on confidential information about her research to the new lab. I don’t want to do anything inappropriate, and obviously I want to keep a good relationship with my old boss, but I also need to make progress on the new projects and what I learned in the old lab is useful. I can’t just forget everything I know! Now I even feel uncomfortable and guilty in lab meetings when my new boss asks questions about how we did things in the old lab. I don’t feel like I’ve done anything wrong, but I don’t know how to put this right. 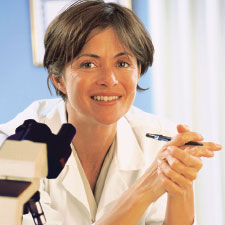 Labby understands how difficult this situation must be for you. You mention that your new PI and your former PI had collaborated in the past. This might be a good place to start the conversation. Often when you find out that another lab is pursuing experiments similar to your own, the best strategy is to collaborate, taking advantage of the strengths of each lab to accelerate everyone’s progress. Here you already have a basis for collaboration. It is important to map out clearly, in writing so everyone is in agreement, how the collaboration will be extended in the future, laying out precisely what experiments will be done in each lab. This should also include planning, as much as possible, joint publications and joint grant applications, including determinations for sharing primary and corresponding authorships.

If a collaborative arrangement is not possible, ideally you or your new mentor should sit down with your former PI and talk this through before the situation gets any worse, or before the conflict begins to erode your satisfaction with the science you clearly find rewarding. If there is information that is particularly sensitive (such as something that might be the subject of a new grant proposal or a patent application, or that was disclosed as confidential information) your former mentor needs to tell you what that specific information is and why it is sensitive. She should not expect you to forget everything you know, or to share none of your experience and expertise with your new lab. Sadly, it’s not unheard of for former collaborators to find themselves at odds with one another. Research can sometimes be overly competitive, and PIs can feel threatened by former collaborators as much as by outright rivals. It’s possible that funding issues are making your former PI especially anxious right now, and that may be contributing to her resentment of your move, especially since it sounds like you were a productive member of her group. It’s also possible that your new mentor has done something to alarm her.

It is important that you try to resolve this as soon as possible. Situations like this can sometimes lead to much more serious disputes, such as arguments over authorship that involve journal editors in accusations of unprofessional behavior. Ultimately, it’s the responsibility of the two PIs to resolve their differences, not yours, but Labby thinks you may need to get help from others at your university. This could be your department chair. Perhaps your university has a postdoc office, or a postdoc association with staff whose job it is to provide advice to postdocs, or there may be an ombuds that has staff specially trained in resolving conflict. Labby hopes you are soon able to move past this and focus on your science. 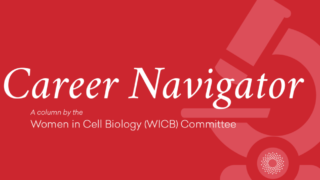