A Question about Questions 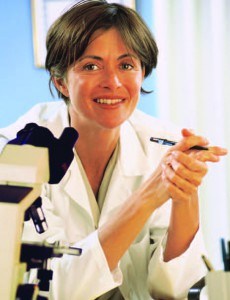 I just attended a symposium at a well-regarded institution. Whenever I had a question it seemed there were “favorite” people who got chosen even though my hand was up. I did get to meet some of the speakers and had good follow-ups with them. But I would also have liked to have had my questions heard and replied to in the session itself. A lab mate who attended the meeting recalled that in a previous column you addressed how to optimize getting one’s question answered. Can you send me that column or give me more direct advice?

You may have sensed that those who got to ask questions were “favored,” but they probably engaged the session moderator or speaker by using their experience, perhaps without even being aware that they were using any special skills. (At many meetings, the session chairs—not the speakers—survey the audience and invite people to ask questions.)

Here’s some advice. Rule 1: Sit in the first row or very near the front. Rule 2: Raise your hand just as the speaker inhales after his or her final word (or even before). Don’t worry that you are not applauding; everyone else will be except perhaps the session chair, who will already be looking for raised hands. Rule 3: Keep your hand up if you are not called on at first.

Labby applauds you on two points. First, you did track down the speakers and ask your questions. Second, you really wanted your dialogue to play out in the meeting room. These two instincts, especially the second, will serve you well throughout your career.