Act III: Ways for Cell Biologists to Think About Retirement 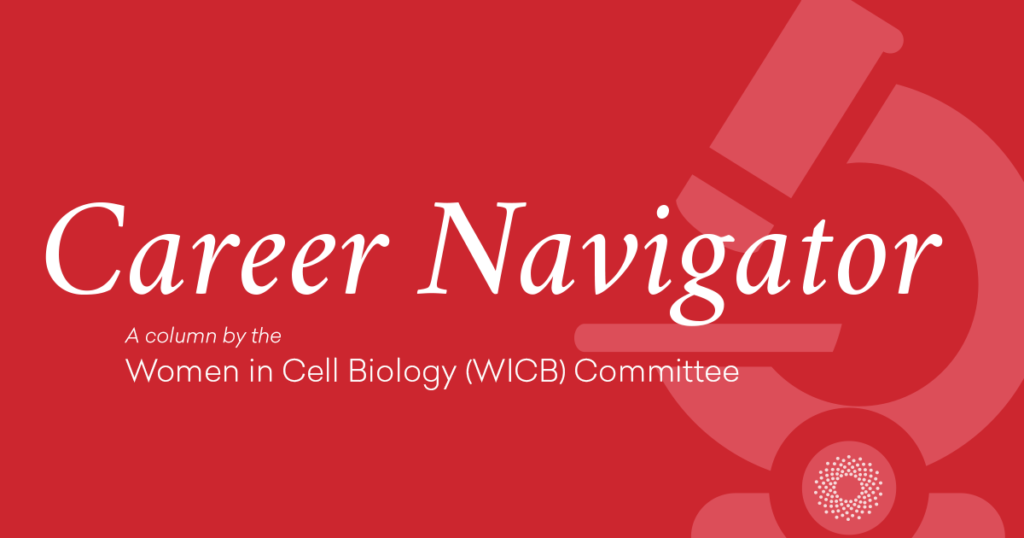 Early- and mid-career cell biologists may rarely think about retirement, as their minds and hearts are usually filled with the latest cool discovery, the next grant deadline, or perhaps the struggling graduate student in the lab. But as age 65 approaches, the topic of retirement surfaces and becomes ever more immediate. Some scientists have no problem: They’ve had a good run, and the prospect of doing something else is exhilarating. We know of one retiree who is now a professional photographer, and another who operates an organic farm. But for many of us, the decision of how and when to retire carries several concerns. These concerns have likely been elicited by attitudes that we’ve encountered, and that we ourselves have sometimes privately harbored, with respect to those who have come of age ahead of us and can include thoughts such as:

Some scientists have no problem: They’ve had a good run, and the prospect of doing something else is exhilarating.

These concerns, of course, reside in our fear that we will be perceived in these ways as well as nudging us in the retirement direction. On the other hand, we compare ourselves with Arthur Kornberg, who ran an active, funded lab at Stanford until his death at age 89 and think, “if I don’t follow in such footsteps, won’t I be considered a failure? Won’t I be a failure?”

Such fears are embedded in the far larger context of the phenomenon called ageism, which the World Health Organization has documented and pilloried in a recent report (www.who.int/publications/i/item/9789240016866).

Here we consider examples of life paths that have been pursued by retired cell biologists who have replaced concerns about a waning research career with deep satisfaction.

One path is to move into administration, using skills we have honed as lab heads and in departmental service. The Age Friendly University (AFU) Initiative network (https://bit.ly/3DExV9d), which now has nearly 100 institutions around the world, requires that 10 principles be active for any college or university that would like to be known as an AFU, and highlights the value of seniors who move into new roles that contribute to their institutions and communities. More information on this and other such initiatives is found in references 1 and 2.

An example of such a move to administration can be found as one of us (SKM) initiated such an administrative role while still running her lab, becoming first the part-time Dean for Faculty Development and then the founding director of the Office for Women’s Careers at the Icahn School of Medicine at Mt. Sinai. But progress was slow until 2019, as she contemplated retirement, when the Medical School Dean launched an Office of Gender Equity in Science and Medicine under a vibrant, highly effective younger faculty member, and provided the resources necessary to make it take flight. The new leader reached out and asked SKM to join. With new focus, energy, and resources, SKM moved from relative isolation to helping lead an amazing team. Programs and policies she had previously researched and proposed, without success, are now funded, effective, and integrated into the medical school.

A second example of an administrative shift comes from CMK, who now holds the title professor in residence emerita at the University of California (UC), Berkeley. She still advises undergraduates in the Biology Scholars Program about career and life issues, and has become engaged in many issues important to up-coming retirees (faculty and staff) on her campus, across the 10-campus UC system, and through the international Association of Retirement Organizations in Higher Education (www.arohe.org), allowing her to help others find ways to carve out smooth transitions to Act III.

For some of us, administration was more of a chore than a putative second calling, and we have instead found other ways to remain active in science. Florence Haseltine developed interactive websites that inform the public about scientific and medical advances as well as internal sites for networks of scientists, and after six years she was recruited to the University of Texas at Arlington where she built a COVID testing lab. Tom Pollard recently retired to California where he is planning to resume doing experimental research with his own two hands (after a 30-year lapse) as a visiting professor in the labs of David Drubin and other friends at UC Berkeley. Alonzo Ross joined the lab of a long-time collaborator at a neighboring institution where he mentors undergraduate and graduate students in research projects. Arthur Spector closed his lab at the University of Iowa and joined the lab of a junior colleague at the National Institutes of Health (NIH), where he participates in lab meetings and mentoring of the lab members. Furthermore, CMK was hired part-time by the ASCB to help establish The Cell Image Library developed with funding from the NIH. Many have become active participants in lifelong learning programs, often loosely affiliated with colleges, that are based on a peer learning model in which members have roles as both participant and audience (e.g., www.questcontinuingednyc.org).

Some follow the advice that one should make no plans for the first year of retirement, experiencing…the wonders of full-time play and the absence of obligation.

Importantly, Zoom and other technological tools allow us retirees to stay connected with our science even when we’ve elected to move away from campus—sometimes to be near family, or perhaps to finally live in a better locale. Since retiring to the woods of Martha’s Vineyard in 2017, UWG has co-authored 13 research articles, where the development of concepts, the planning, and the back-and-forth-ness of group meetings all happened virtually. In many cases she was able to make helpful contributions based on her long familiarity with various fields, and she didn’t need to worry about whether an article would help to renew a research grant!

Re-wirement as a Positive Step

Retirement is a worn-out word (some have suggested re-wirement); we engage in what we can now say YES to, instead of what we must do. This includes activities for which we had little time while fully employed, such as volunteering in hospice programs, engaging in political or environmental activism, and/or serving on the boards of cultural institutions like museums and community orchestras. Many find it helpful to negotiate phase-out schedules—half-time one year, quarter-time the next—to see what it feels like to be out and about. Some follow the advice that one should make no plans for the first year of retirement, experiencing—for the first time since childhood—the wonders of full-time play and the absence of obligation.

We close with a quote from the Talmud: “For the unlearned old age is winter; for the learned it is the season of harvest.” We are steeped in the privilege of inhabiting educated minds and hearts; retirement allows us the freedom to fully explore them.

2Wendland B, Kane CM (2015). Wise guys: Programs that acknowledge the wisdom of retired faculty and allow them to contribute to the academic community. ASCB Newsletter 38(5), 8–10.

Ursula W. Goodenough is professor of biology emerita at Washington University in St. Louis. Sandra K. Masur is a professor of Ophthalmology and Pharmacological Sciences and director of the Office of Women's Careers at the Icahn School of Medicine at Mount Sinai.