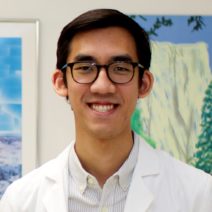 Michael N. Trinh, an MD/PhD student at the University of Texas (UT) Southwestern Medical Center at Dallas, has been selected as the recipient of the Merton Bernfield Memorial Award. In the lab of Michael S. Brown and Joseph L. Goldstein, Trinh studies cellular cholesterol homeostasis using genetics and cell biology.

Trinh enrolled as a biology major at the University of Texas at Dallas and volunteered to work 30 hours a week in that lab during his sophomore year. Brown and Goldstein, who wrote his letter of support, said they were initially skeptical that he could work that many hours given that he was in an accelerated three-year program. Trinh not only managed it, but excelled, they noted. Once he graduated, Trinh entered the MD/PhD program at UT Southwestern.

In the Brown/Goldstein lab, Trinh and postdoc Feiran Lu have been researching the way cholesterol moves from the lysosome, the digestive organelle, to the plasma membrane where it serves a structural role.

Children with a neurological disease called Niemann-Pick C have a block in the exit of cholesterol from lysosomes. This deficit causes cholesterol to accumulate in lysosomes of cells throughout the body and the children die, primarily from neurological complications. Other labs had traced the genetic defect to a protein called NPC1 that resides in the envelope of the lysosome. Trinh and Lu decided to figure out how NPC1 works.

Brown and Goldstein noted that in the first year of his thesis work, Trinh designed a screen using the CRISPR/Cas9 DNA-editing system to search for genes required for the intracellular transport of LDL-derived cholesterol from the lysosome to the endoplasmic reticulum (ER). He discovered that this transport requires a gene encoding an enzyme that makes phosphatidylserine. When the gene is deleted, LDL-cholesterol leaves the lysosome and reaches the plasma membrane but cannot move from the plasma membrane to the ER. This is the first demonstration that intracellular transport of one lipid (cholesterol) requires another (phosphatidylserine)—a discovery with implications for membrane biology and cholesterol metabolism in animal cells.

The title of Trinh’s talk at Cell Bio Virtual 2020 is “Last Step in the Path of LDL Cholesterol from Lysosome to Plasma Membrane to ER Is Governed by Phosphatidylserine.” 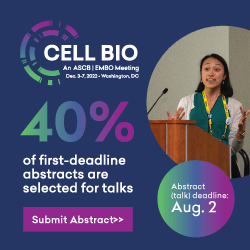 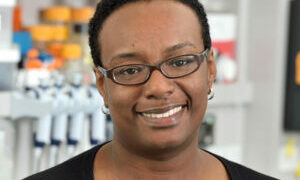 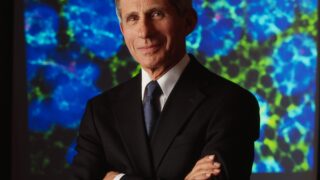 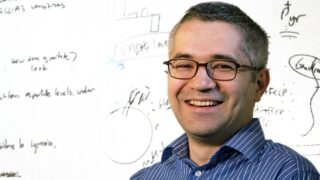