The Kanawha River cuts through Charleston, West Virginia, on its way north to join the Ohio. On this brilliant October morning, the sun is quickly burning off the fog filling the river bottoms and setting the golden dome on the state capitol ablaze. It is the perfect fall Saturday for tossing a football or raking leaves. And yet 70 grad students, postdocs, and biology faculty turn up at the West Virginia University (WVU) Robert C. Byrd Health Sciences Center to hear and talk about cell biology. Galactosyltransferases in Arabidopsis, focal adhesion kinases, myosin II isoforms, and cardiac calcium channel expression in heart-specific growth hormone (GH) receptor gene-disrupted mice, these are some of the topics on poster easels at the second Appalachian Regional Cell Conference (ARCC), organized by grad students and postdocs from four regional universities and supported by a local meeting grant from the ASCB.

ARCC is one of 18 local meetings partly underwritten so far this year by ASCB including 11 in the U.S., four in Canada, and one each in South Korea, Jamaica, and India. Charleston was picked as a center point location for the four institutions taking part in ARCC. There is no basic research facility here at Byrd Center, which is run by WVU as an adjunct to the local hospital. The main WVU campus is 159 miles away to the northeast in Morgantown. Marshall University is 52 miles northwest in Huntington, WV. Athens, home of Ohio University (OU), is 93 miles north across the Ohio River, while the University of Kentucky (UK) in Lexington is the farthest away, 177 miles to the west. Before ARCC, everyone agrees, the four institutions seemed to have little in common but geography.

This is ARCC’s second outing. It got its start last year when ASCB member and WVU biochemist William Wonderlin spotted the call for local meeting proposals in the ASCB Newsletter. He convinced grad student Danielle Shepherd to volunteer for the role of chief organizer and she reached out to grad students at OU and Marshall. This year, it was OU’s turn to apply for the ASCB grant, make location arrangements, and line up a keynote speaker. ASCB member Maria Muccioli was the main organizer at OU with co-organizers ASCB member Bridget Hindman at WVU and Miranda Carper at Marshall. For the first time this year, UK sent a contingent, led by ASCB member and postdoc Aaron K. Holley. 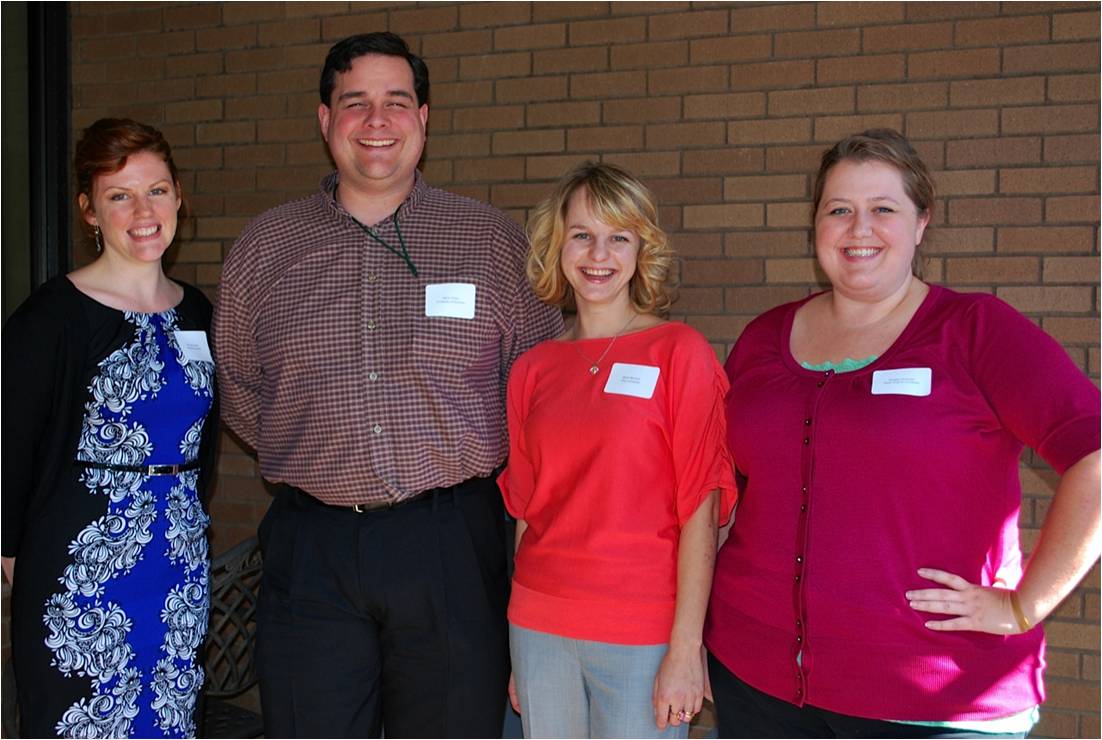 The main organizers of the ARCC meeting
in Charleston, West Virginia: (L-R) Miranda Carper,
Aaron Holley, Maria Muccioli, and Bridget Hindman.
ASCB photo Local meetings reflect local needs and ARCC is as much about regional connections as cell biology. Before the ARCC meetings, basic research students and faculty were isolated on their own campuses, the organizers say. For many of the grad students, today would be the first time they’ve ever presented outside a home campus “research day.” If they survive the poster judging, many talk of the experience as a warm-up for a national meeting.

ARCC kicks off in the cavernous Byrd Center Auditorium, with four grad students braving the perils of PowerPoint and strangers from other schools paying very close attention to their talks. Then there are probing questions. Afterwards, John J. Kopchick, a molecular biologist at Ohio University, follows up with a keynote that retells the inspirational story of how his basic science discovery—the isolation of a classic antagonist of the human growth hormone (GH) receptor—made it through the translational jungle of clinical trials, patent law, and commercial licensing to become pegvisomant (Somavert), a highly effective treatment for the genetic growth disorder, acromegaly.

Then comes the buffet lunch on paper plates outside the fourth-floor conference room that will serve as the poster hall. As lunch winds down, there is the last-minute straightening of sagging posters and the issuing of clipboards to the visiting PIs who will pick the top two in each of the four categories. The first group of presenters takes up their positions and within minutes the room throbs with the unmistakable sound of poster alley buzz—questions vs. answers, hypothesis vs. data. Today it is in West Virginia. In a week, the local ASCB meeting will be at Cornell University in Ithaca, New York. The posters will go up at the University of Puerto Rico in San Juan on November 8 and on December 15 the first poster session will open in New Orleans at the ASCB Annual Meeting. Even in the age of global information, the process of science is local. 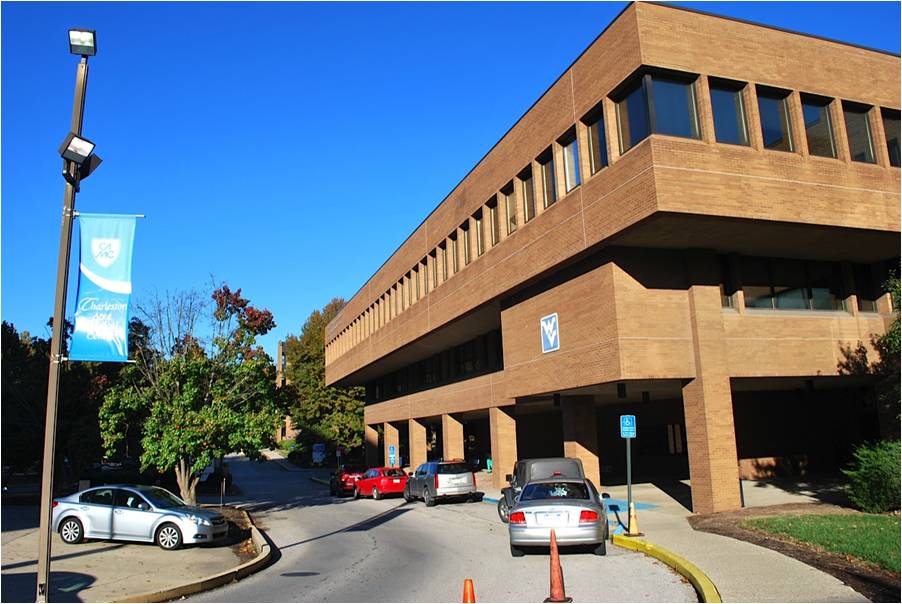