Why I come out to my biology classrooms 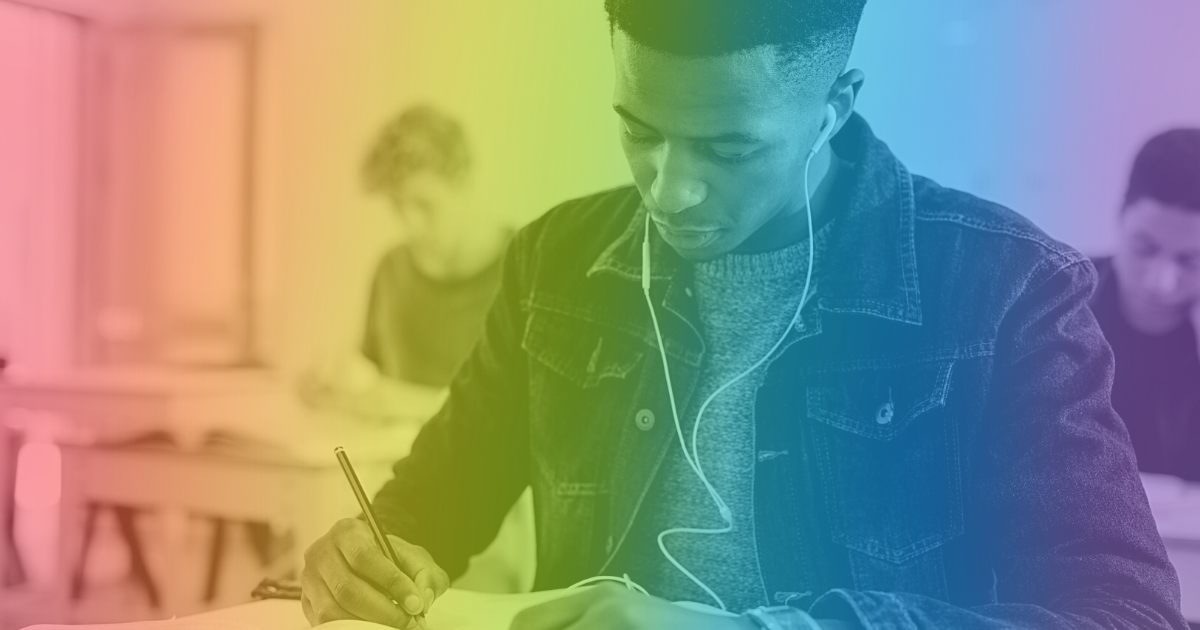 During my first couple of years of graduate school, I never mentioned my LGBTQ+ identity around other academics. It was an aspect of my personal life that I didn’t think pertained to my professional life. While people often made assumptions about me being straight, I’d let the comments slide. I was slowly getting used to being open about being gay in my personal life and I didn’t want to bring attention to myself. I also assumed that hiding my identity didn’t impact anyone else.

This all changed as a result of seven students. As a biology education researcher, I was exploring the experiences of LGBTQ+ undergraduates in active learning biology courses as part of a research project. I conducted in-depth interviews with seven LGBTQ+ biology students where they talked to me about homophobia and transphobia in the classroom, concerns about being judged negatively for being LGBTQ+, and how they never saw anyone similar to themselves in science. During these interviews, I asked them how they would feel if a biology instructor came out as a member of the LGBTQ+ community. The students said it would be life-changing. They explained that not only would it make them more comfortable in biology classrooms, but it would also give them someone to look to as an example of how to navigate academia as a member of the LGBTQ+ community. Then I asked them if they thought that instructors should reveal their LGBTQ+ identity in class. The answer was a resounding “No.” They were worried that instructors would be made fun of by students, that instructors would get negative course evaluations, and that coming out could possibly get an instructor fired. That made me wonder—if they don’t think that the person with the most authority (and arguably privilege) in the classroom can reveal their identity, then how can we expect students to feel safe being who they are in our classrooms?

Those seven students completely changed my behavior. After hearing them talk about what it would mean to them to have an instructor reveal their LGBTQ+ identity, I began to share my identity with my students in my biology courses. It does not take more than 10 seconds—I simply mention, usually on the first day of class, that I am a proud member of the LGBTQ+ community. I have always had LGBTQ+ students contact me afterward to thank me for coming out, to ask for LGBTQ+ resources, or simply to talk more about science. While a study from 2010 found that teaching evaluations can take a hit after coming out, I did not see a dip in my scores and I have only received positive feedback from students.

After we published the study from those seven students, my research collaborators and I have given more than 30 talks about this work across the country and have hopefully caused many more LGBTQ+ instructors to consider how revealing their LGBTQ+ identity can potentially benefit students. We also followed up this study with an exploration of LGBTQ+ biology instructors and the factors that influence whether or not they reveal their identity to students in the classroom. We found that many instructors are not revealing their identity to students. Most don’t conceal their identity because they are worried about consequences, but because they are not aware of the potential positive impact on students. This is reminiscent of my own experience, and I hope that this work can help other instructors consider the positive benefit of helping students recognize LGBTQ+ instructors. That being said, coming out is a personal journey and individuals should only come out if they feel comfortable and safe doing so. If they do feel comfortable and safe revealing their LGBTQ+ identity, students would likely benefit from instructors revealing their LGBTQ+ identity since most people are assumed to be straight/cis-gendered.

I am grateful to organizations such as ASCB that have LGBTQ+-focused groups that give visibility to this identity. However, I am most grateful to those seven students who were brave enough to be interviewed and whose interviews changed the trajectory of my own willingness to come out in class.

Katelyn Cooper is an assistant professor at the University of Central Florida studying equity and access in undergraduate biology education. Her work focuses on how students’ identities characteristics (e.g. being LGBTQ+, having anxiety or depression) affect their experiences in biology learning environments. You can find her on Twitter @Katey_Cooper