Why do we still need an Association for Women in Science? An Interview with Isabel C. Escobar 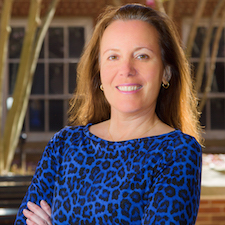 The need for strong female leaders in STEM

According to a 2011 U.S. Department of Commerce report, only one in seven engineers is female. But women are not only grossly underrepresented in engineering, but also in other science, technology, engineering, and mathematics (STEM) disciplines. This is a major issue for the advancement of research in these fields. The Association for Women in Science (AWIS) was founded in 1971 to advocate for women in all STEM disciplines and across all employment sectors. One of the AWIS missions is empowering women to reach their full potential and become leaders in STEM fields.

Highlighting female leaders in STEM disciplines is also critical for inspiring future generations of women to surpass the expectations placed on them by society, and rise to the top of their fields. One such role model is Isabel C. Escobar, Professor of Chemical and Materials Engineering at University of Kentucky. Her work is focused on developing and/or improving polymeric membrane materials for water treatment and water reuse operations. She has published over 50 articles in peer-reviewed journals and given over 100 presentations at national and international conferences. In 2009, she was awarded the Northwest Ohio YWCA Milestone Award for Education, and the Toledo 20 Under 40 Leadership award, and these are just a few of her many academic accomplishments. In addition to her busy academic life, Escobar is heavily involved with AWIS. She has been a strong advocate for women in STEM throughout her career, including in her present capacity as Vice-Chair of the AWIS Chapters’ Committee. In an interview for the summer issue of the AWIS Magazine, Escobar—who was featured on the cover—explains that she found the AWIS community to be “collaborative, mentoring and supportive.” According to Escobar, AWIS members must employ these same three strategies in order to promote career advancement and personal development of their peers in this very tight AWIS community.

AWIS: Your Network, Your Resource, Your Voice

In an effort to increase the membership and visibility of AWIS in Kentucky, I recently hosted Escobar at the University of Louisville for a seminar talk entitled “Association for Women in Science: Your Network, Your Resource, Your Voice.” During her talk she discussed the AWIS mission, member resources, and advocacy efforts for women in STEM. She also highlighted that organizations like AWIS are still needed due to the many issues women in STEM face today, including unconscious bias. In conjunction with her Lousiville talk, I conducted an interview with Escobar, transcribed below:

What made you decide to pursue a career in STEM?

I grew up in Brazil and went to Catholic schools all my life, where the message was always that if you study hard and put your mind to “it,” you can accomplish whatever “it” is. When I was probably around 12-13, I found that I liked math and sciences a lot and that these subjects came easily to me. It happened that my godfather was an engineer, so during a conversation with my parents, I said I liked those subjects and they replied that I should be an engineer like him. I remember asking him about it, and thinking that it sounded like something I would like to do. After that, engineering stuck with me as the right career for me.

What are the major issues women in STEM face today?

It is sad to say, but the number of women in STEM careers is still too low. Going back to my knowledge of engineering, only 14-16% of students enrolled in engineering are women. Thus, we still don’t have a critical mass of women to prevent alienation. With alienation comes issues that still persist, such as attrition regarding maternity leave.

Why are there so few women in STEM leadership roles?

It can be difficult to receive adequate mentoring to reach the top and then sustain a position at the top. As people often say “it is lonely at the top,” so having a network of supporters, mentors, and advocates becomes even more important to achieve those positions.

What advice would you give to young women interested in pursuing STEM careers?

First is the usual, study hard and put your mind to “it.” However, the main one is to develop a network of women who can support each other, stand by each other, and share information and experiences with each other. This prevents the alienation I discussed earlier.

How can we encourage women to pursue STEM careers?

I believe the key is to teach women about what other women in STEM careers actually do, what their careers are, and how valuable to society they are. For example, my own research deals with water treatment, which has a direct value to society, but how many girls know that chemical engineers are tightly involved with water treatment? Then, once they learn about these careers and their benefits, continue to encourage them and show them what they need to succeed, starting with the courses they need to take in high school.

How can we overcome the issues driving women out of STEM careers?

Educate, educate, educate. We need to attract more women to STEM and bring issues facing women in STEM to the forefront so that they are discussed.

How did you become involved with AWIS?

I was invited to attend an AWIS-sponsored presentation of a highly regarded woman visiting my previous university, the University of Toledo. I met the AWIS members present there, who immediately took me in as one of their own. It felt like I had found a home. They proceeded to mentor and advocate for me within the university, and they also taught me to do the same for other women. They taught me that once you open the door, you hold your hand out to help other women through.

How can graduate students and postdocs get involved with AWIS?

They can join the society, as well as join chapters and affiliate groups, and thus participate in activities and events. Thanks to AWIS being such a tight society, they can voice their goals and concerns—AWIS actually listens and can address them.

Taking part in Escobar’s seminar talk, followed by her interview, has inspired me to learn more about the issues of women in STEM, and has motivated me to form a group in which to address these issues. Since AWIS does not have a national meeting, AWIS chapters and affiliate groups are where “the magic happens,” in the words of Escobar. Within the newly formed Kentucky Affiliate Group of AWIS, we hope to provide a space for women in STEM from the entire state of Kentucky to discuss pertinent issues, participate in local activities, and build a supportive network to help them advance in their chosen STEM careers.