Attendees of the 2015 National Postdoctoral Association (NPA) meeting at the University of Maryland in Baltimore noted something different compared with past meetings: an overwhelming number of postdocs attended.

This might sound strange for a postdoc conference. However, aside from postdocs, postdoctoral officers, deans and faculty responsible for postdoctoral affairs, career counselors, and representatives from professional societies, funding institutions, and industry also attend the meeting. Many people with a stake in the postdoctoral experience traditionally attend, but with the increase in recent national discussions on postdoctoral affairs (such as the obligatory “Gang of Four” paper and articles in the Boston Globe and NPR), postdocs themselves are increasingly interested in entering the conversation. Nearly 400 people were in attendance and 230, including myself, were there for the first time – the most ever at one of the meetings.

I recommend checking out the twitter feed for #NPA2015 to see some of the discussions in detail in addition to my own tweets (@BiophysicalFrog). Below is a brief summary of some of my thoughts and experiences from the meeting.

Rosina Bierbaum, a professor of climate science and policy at the University of Michigan and a member of the President’s Council of Advisors on Science and Technology (PCAST), discussed her time with the Clinton and Bush administrations doing science policy work relating to climate issues when the U.S. withdrew from the Kyoto agreement. What was most striking about her speech was the parallel that you could draw between the discussions of impending crisis in climate, and the biomedical research system. The strategy in advocating from a policy position, compared with what we are trained to do as scientists, was particularly interesting and it was a fascinating talk about the role of scientists in policy decisions.

All work and no play…sounds like a postdoc job description. So there was time to meet with others and network. This included a small ASCB COMPASS meetup! 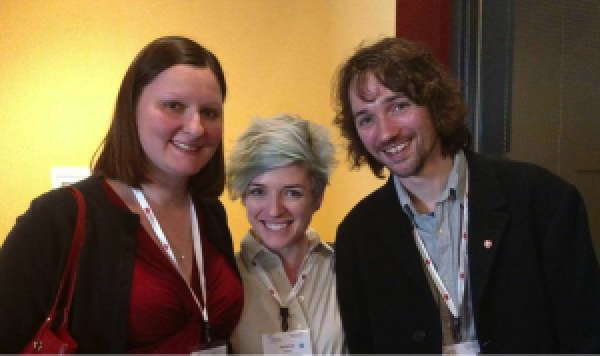 We actually met incidentally through one of the lunchtime networking sessions, a forum for discussion on diversity in the research system. There were also other networking groups, including the Career Connections lunch, where postdocs could meet with representatives from companies to directly discuss career opportunities.

There were also optional “dine-arounds,” small groups that could sign up to go to dinner together and network over dinner. And the gala event was held at the historic Westminster Hall, with tours of the catacombs and crypts underneath (another Bostonian, Edgar Allen Poe, is also buried in the graveyard)!

The meeting provided an opportunity for postdocs from diverse fields to network with other scientists interested in the postdoc problem. This was imperative, as many attendees were postdoctoral officers, or representatives of Postdoctoral Associations (PDAs). There were significant opportunities to network and many people to talk to. In a crowd like this, once you start talking, it’s hard to stop.

Innovation in Action: The Future of Research

I was part of a workshop in the “Innovation in Action” series, which aimed to provide tools for participants to begin their own advocacy work. Jessica Polka and Kristin Krukenberg, both postdocs from Harvard Medical School, and Kearney Gunsalus and myself from Tufts all moderated the following discussions stemming from the recent Future of Research symposium in Boston, 2014, addressing four areas: 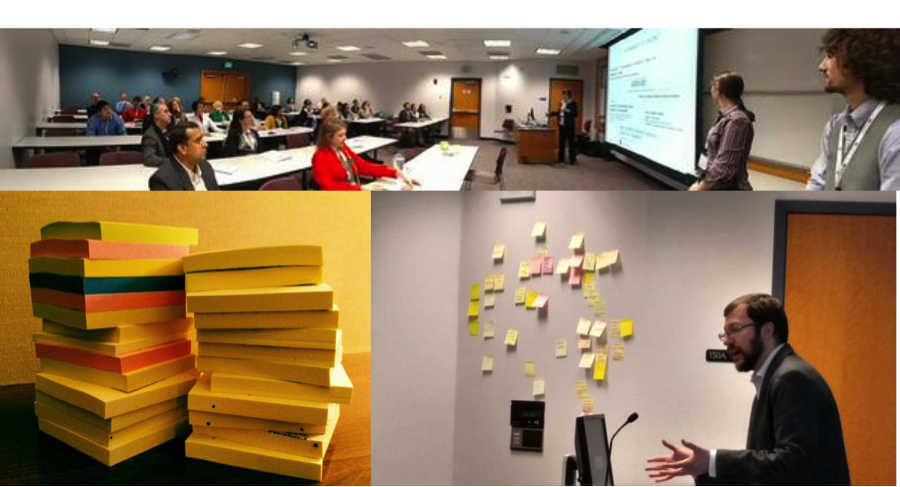 The Future of Research “Innovation In Action” session (photos courtesy of Jessica Polka). We’ll be releasing the data openly soon from the brainstorming session with Post-it notes.

As you can see from the photographs, this process involved brainstorming with Post-it notes, which has worked extremely well for past symposiums. We’ll be releasing the data openly ASAP (for more information, please continue to check futureofresearch.org for more information).

PhD for Hire: A Documentary on PhD Employment

There was also the opportunity for postdocs to be interviewed for an independent documentary being produced on postdoctoral experiences and employment opportunities for people with PhDs. You can check out more information here and in particular, there’s a survey that you can fill out (remember, data is a force for change— every time you fill out a survey, a senior faculty member considers retiring).

The NPA not only allowed me to participate in leading a workshop, but I also presented a poster on the work we have been doing in Boston on the Future of Research (you can check out a version of the poster yourself here). I had a great couple of hours (and believe me, that wasn’t long enough) telling people about upcoming meetings at NYU in May, the Bay Area/San Francisco in July, Chicago in September, as well as our plans for a Boston meeting at the end of the year (by which time I think we’ll have cleared away this snow). There were many excellent posters on what people are doing at all of their institutions—you should get in touch with your postdoc representatives and check out if they presented something, and hear about their experiences at the meeting.

The most-discussed issue was the lack of data and transparency about postdocs in everything from numbers to career outcomes. Even the number of postdocs in the US is unknown (my guess is firmly at the 100,000 mark), and one of the major barriers to advocating for change is the scarcity of numbers about the movement of graduate students and postdocs through the research system, and where they ultimately end up. These data are sorely needed, not least because of established assumptions that “no data” means “no problem.” (see Sally Rockey and Francis Collin’s reply to the first comment on this blog post). This was discussed in an article in Nature by Callier and Vanderford, and Jessica Polka, Kristin Krukenberg and I have made a call for greater transparency in training outcomes in a perspective appearing soon in the ASCB’s own MBoC journal. One collection of data is coming soon from UCSF surveying postdoc alumni from T32 (an NIH training grant) administering labs between 2000-2013, through boom and bust. New surveys are in the works. If there is a survey being carried out at your institution, please fill it in. We all know the importance of data in our own research, and this work has the ability to affecr a system that is currently not to our advantage.

These data have many uses not only in advocating for change to relieve the postdoc crisis, but also in educating graduate and undergraduate students and raising career awareness. The default path for “science” has become undergrad to grad school to postdoc. Not only does this do nothing to relieve the so-called “STEM shortage” by failing to direct people into any scientific career other than academia, it allows the maintenance of a large workforce of expendable and cheap labor. My personal opinion is that we shouldn’t dissuade anyone from wanting to go into academia, but we should certainly make everyone aware of what they’re getting into.

But educating our junior colleagues and mentees isn’t enough, because what happens is that we also reduce diversity in the workforce by simply dissuading underrepresented groups from persevering. A recent publication shows that attitudes to careers in biomedical research are actually different when comparing race/ethnicity and gender. We need to figure out how to create a diverse workforce at the faculty level. There needs to be an attractive academic culture for those who already face challenges from discrimination, both explicit and implicit. Data from a recent survey on LGBQ populations disturbingly demonstrates that those academics that are open about their sexuality are less comfortable in the academic system. Simply promoting more diversity among trainees will not be enough. There also needs to be a serious discussion about the inherent biases in the faculty appointment process and how issues in diversity can be addressed.

Many postdocs at the conference, including myself, are what I’d call “academic realists:” postdocs still trying to carry on in the academic system, but who now know too well that we must also be pursuing other careers. A key problem in achieving change for postdocs is the rate of turnover of postdocs, and the lack of continuity. It is through the establishment of greater communities that change is most likely to occur.

Join the Work of the NPA

You should check out the NPA here and also consider becoming an individual member of the NPA. If you are at a sponsoring institution, you may already have affiliate membership to access many of the materials the NPA offers. But if you sign up as an individual member, you can drive further change through the organization in a very significant way. If only a small percentage of postdocs sign up as individual member, it can improve resources significantly for the work the NPA is able to do. But also, if postdocs, and not postdoctoral officers, are the primary source of membership, then the interests and focus of the organization can directly be affected. Rightly or wrongly, the NPA is perceived by some to be an organization representing the interests of postdoctoral offices, and the only way to change that representation/perception is by the direct involvement of postdocs.

The NPA is one way that postdocs can get involved, at a national level, in applying pressure. The meeting has left us feeling energized and convinced of the importance in continuing to add our voices to the conversation. 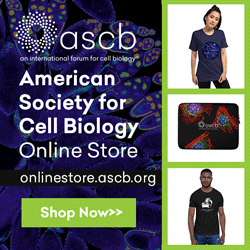