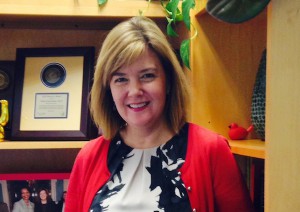 A doctorate in biology is preparation to do more than just bench work, said Lyric Jorgenson, a PhD who now works as Science Policy Advisor and Analyst at the National Institutes of Health (NIH). “It’s a degree in logic,” she contends. Logic and problem solving, an interest in politics, combined with the ability to write for different audiences are essential skills for PhDs looking to make the leap into science policy.

“I started out as a neuroscientist who worked at the bench,” Jorgenson said. During her third year of graduate school at the University of Minnesota (UMN), she decided science policy might be a good fit for her, but she went on to a postdoc at UMN to get more experience in translational research. “Once I knew what I wanted to do, I started to get more engaged in policy and leadership on [the UMN] campus. I was part of a search team for a new institute director. As a postdoc I was part of the postdoc association. I tried to understand how policies affected at least the academic institutions. I also did things like Brain Awareness Week, where neuroscientists go to schools in the community to teach people about the brain.”

Jorgenson also applied for policy fellowships as a postdoc and was selected by the American Association for the Advancement of Science (AAAS) Science and Technology Policy Fellowship program. That landed her at the NIH in 2008 where she has been ever since, though in slightly different roles.

“Not a whole lot of PhD students realize that the skills that they have are so broad. I can learn, I can think, I can approach any problem,” Jorgenson said. But there was still a learning curve in transitioning to policy. “When I first came to NIH, I remember I got my first assignment of having to write some brief for a member of Congress and I had a week to do it. It put me into a state of frenzy. Now if you say, ‘You’ve got an hour,’ that’s plenty of time.”

Jorgenson currently works under the Deputy Director for Science, Outreach, and Policy. “The project we worked on recently was the BRAIN initiative, which was launched by President Obama last year. A few years before that we worked on the National Center for Advancing Translational Sciences, which is about studying the process of how you go from the bench to the bedside. We built a center to streamline the process,” Jorgenson said.

Most of her job is simply reading and writing, Jorgenson explained, “I read a lot of documents and policy positions and synthesize the information and try to turn it into something digestible for the leadership to be able to make decisions and be informed.” Writing concisely is important, Jorgenson says, “You have to learn to get all of the important things down in a page or less, because frankly, President Obama doesn’t have time to read your manifesto. He needs to know the bottom line and move on.”

To be good at science policy, you also have to be able to tailor the same information for different audiences, Jorgenson says. For the BRAIN initiative, Jorgenson said, “I have written everything from a one-page summary to helping the working group write their 150-page document.” Those texts were then tailored for congressional leaders, the public, scientists, and President Obama, she said.

Another PhD working in science policy is Diane Hannemann, who is now a Health Science Policy Analyst in the Office of the Director at NIH, where she has worked for the last four years. Hannemann agrees that writing to explain and promote policy requires a sense of intent for your audience. “It’s not just translating the science. If you’re writing for Congress, it’s plain language, but you need to be aware of political sensitivities. You need to be positive about what NIH is doing, without overselling it, without sounding like propaganda. If it’s a challenging question we have to do our best to answer it professionally and in the best light we can,” Hannemann said.

Hannemann came to science policy in an unusual manner. She started her career in marketing and communications in the private sector. “My key clients were biomedical diagnostic companies and pharmaceutical companies,” Hannemann recalled. “In working with them to develop communications of their new product launches and training of their sales forces, it reignited my interest in science,” she said. She went back to school to earn a bachelor’s degree in chemistry at Indiana University-Purdue University at Indianapolis, then went on to Yale for her PhD in Biochemistry and Biophysics. “I loved all of that, but when I was finishing grad school I was still thinking about the applications of the science for society.” Science policy seemed to be the perfect marriage between communications, science, and serving society, so she applied to fellowship programs, and was awarded the National Academies Christine Mirzayan Science and Technology Policy Graduate Fellowship and the AAAS Science and Technology Fellowship in 2006.

There’s a lot of variety from day to day in her job at NIH, Hannemann said, “A typical day would be to expect the unexpected… Generally your day gets taken over by something, a request that’s coming from one of Dr. Collin’s deputies needing a quick fact, or a couple of talking points on X. New projects or new portfolio analyses come in. For example, a portfolio analysis such as, ‘What is the marijuana research at NIH? Who’s doing it, and how do we classify it?’ It’s a question that helps inform leadership.”

Among her long-term assignments is the so-called Value of Biomedical Research, or VOBR program. VOBR is an attempt to answer repeated requests to NIH to measure the value of biomedical research. “It’s related to the return on investment work, but it’s more than that,” Hannemann explained. “It’s identifying where we have weaknesses too, where could we be doing more.”

But both Jorgenson and Hannemann miss some aspects of their old lab-based world. Said Jorgenson, “I miss focusing on stuff at times. I love the diversity, but sometimes you feel like you never know enough. When you’re at the bench you get to really study something and understand it,”

Hannemann pointed to another aspect. “You have an ability to be more of an individual [in the lab]. Once you get into government you’re part of something much larger. When the policy gets out the door, nowhere will my name be on it. I don’t have a problem with it, it wasn’t my idea really.”

For grad students or postdocs thinking about making the switch to policy, both Hannemann and Jorgenson recommend talking to people already working in the field to see if it’s a good fit. Hannemann recommended attending the annual AAAS Policy Forum. It’s held every spring and open to anyone. “Capitol Hill Days are excellent too because you’ll know at the end of a day like that if policy is for you or not,” she added.

Policy fellowships are a great way to get a foot in the door, Hannemann said, but such programs can be very competitive. It helps if you’re already involved in community or science outreach activities that you’re passionate about, she believes. “If you demonstrate that in your free time you’re actively engaged in this, it goes a long way. If you really want to do something, why wait? Get involved now.” 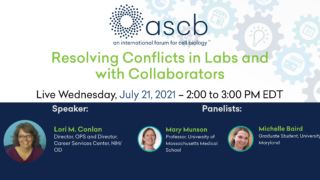 Resolving conflicts- in Lab and with Collaborators 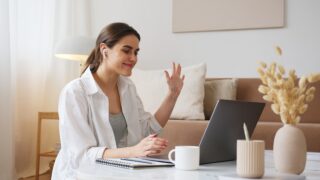