Join or Renew
Community Member Profile Log in
May 4, 2018|Careers 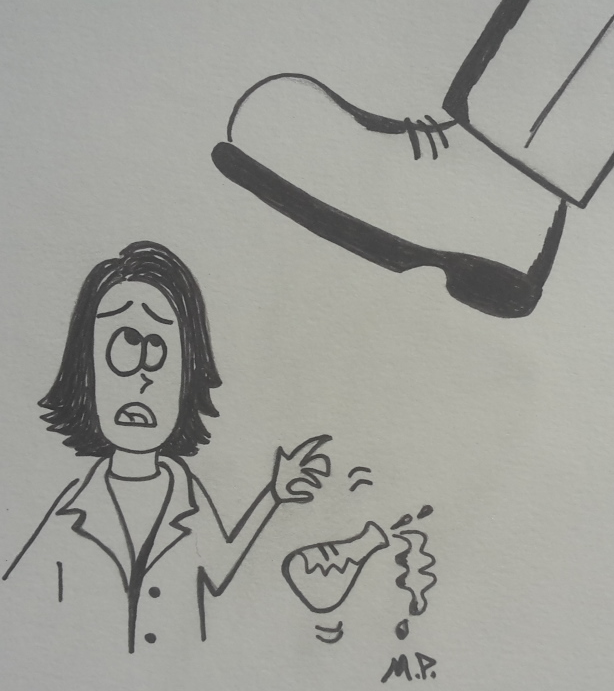 Many people think that harassment is a normal part of life in academia, because “it has always been this way.” How do you explain to a funding agency that you didn’t produce papers because you worked for a bully supervisor who decided not to publish your work? Or who omitted you from authorship of publications only because you reported his/her behavior? How can you explain to prospective labs that in grad school you didn’t produce enough data because senior lab mates (protected by the PI) sabotaged your experiments? These are just a few reasons why lab bullying is a cancer we need to fight together.

I talked with people who are struggling with lab bullying in order to report a side of the academic life that is preventing many scientists from becoming future leaders. Through their stories, I want to stress the severe consequences that protecting abusive supervisors has had and continues to have on young scientists.

Victims of bullying feel like they don’t belong in science

Grad school should be one of the best times in your life, where the lab represents your safe place. Being bullied transforms this time into a nightmare. One grad student I interviewed was bullied by two postdocs who spent more than a decade in her lab. Of those days, she recalls that: “It was easy to feel like I didn’t belong in lab, in science. I felt stressed and anxious going to work and tried to leave work as quickly as possible. If I heard them walking by, my heart would actually beat faster. It felt like I always had to watch my back and make sure they weren’t going to touch my experiments or yell at me for literally anything I did. Since they discouraged talking [in the lab], I felt like I didn’t have a community in my lab and felt really isolated—it was depressing. Taken together, it was a horrible environment, but complaining about one single instance seemed trivial.”

During the abuse, the victim feels “not valued, not considered, not useful,” as one interviewed postdoc says. He also adds: “I am dealing with a person that loves to make others feel bad. This situation is psychologically destructive: listening every day to such comments [on the trainee’s abilities] leads you to believe that you are not good enough, or not good at all. Many times I thought that I am not worth it and I should just quit everything. Dealing with these people can make you think that the problem is you, while it’s actually the opposite.” Fixing such a situation can be really difficult—if not impossible—and postdocs usually are forced to quit the lab and look for alternative plans.

Even more difficult is when the bullied trainee works for a superstar lab or at an Ivy League school. A trainee who was bullied by her PI says: “I had to leave because the abuse was too severe to my self-esteem and mental health. The loss of my work spanning multiple years was very upsetting. I felt like I lost a part of my identity.” In such a famous lab, will your lab mates be on your side? “Some of my lab mates were on my side and the side of others who were abused,” the same trainee says. On the other hand, she says that: “A few of my labmates who were doing especially well in the lab decided to operate in the opposite direction and ratted others out to our PI.” She recalls that: “Some of my colleagues told me to manage the abuse better,” stressing how sick the academic culture is in certain departments. Abuses shouldn’t be managed by the victims, but rather reported to the authorities.

An interviewed postdoc says that because of lab bullying: “I was briefly suicidal because my colleagues supported my PI in his abusive behavior.” I think this is the scariest and most serious consequence of abuse in the lab that should convince everybody we need to act now.

In addition to personal trauma, abuse in the lab can lead to scientific fraud under pressure. This is the case of a postdoc who says her lab mates were afraid to say anything about the scientific misconduct in the lab, where a fraudulent paper was published in a high impact factor journal. Lab bullying affects us directly and indirectly. Perhaps you believed the data in that paper and spent months to years trying to reproduce those findings. The truth is that those results were false and published by people who were under pressure because they work in an abusive environment.

Don’t you think now that lab bullying affects all of us? Can the scientific society be blind and silent while some of its best members are bullied to the point where they quit science or think about suicide? Is the grant money PIs bring to the university table more important than scientists themselves?

These are true stories of scientists who work in your department and at your university. If you see colleagues who are harassed by their supervisors or lab members, my advice is to talk to them and to help them stay in science despite the terrible experience they went through.