Insights for STEM researchers on going global: A voice from the social sciences 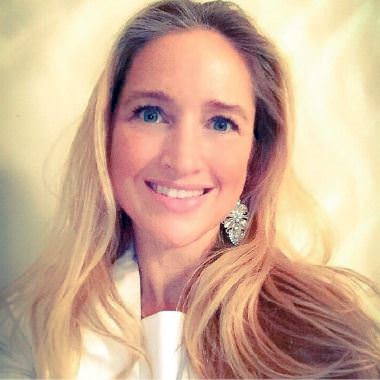 Increasing American women’s representation and impact in scientific and technical fields is not only a national imperative—it’s a global goal, and it requires women in STEM to go global!

When it comes to international scientific collaborations, women in U.S. institutions face barriers such as gender bias and inequity much to the extent that they do at home, but they may also have particular advantages conducting research outside the United States. What exactly are the advantages and how can women optimize them?

We see a particularly robust flow of postdoc researchers (and graduate students for that matter) from China, which has led to a global vision and strategic partnerships between the United States and institutions in Asia and the Pacific Rim, most notably Cold Spring Harbor Conferences Asia (CSHCA), which is centered in Suzhou, China, and reflects research happening in the Cold Spring Harbor Laboratory’s New York campus. CSHCA hosts a number of conferences and training workshops on a variety of biomedical research topics, including molecular biology, molecular genetics, and developmental and cell biology.2

Clearly, academic internationalization is happening, but women are not participating on par with male colleagues. In an interview with The Chronicle of Higher Education, Kathrin Zippel sheds light on the dynamics behind these trends and numbers. Her work examines women in STEM and is positioned in the social sciences, specifically the field of sociology. Hence, her work may be seen as a bridge between two academic spheres, the hard sciences and the social sciences, which incorporate a great deal of qualitative research methods, such as focus groups, interviews, and participant observation. Bringing together research from these two realms of the academy, which may appear disparate yet are in many ways critically connected and complimentary, can offer a broader perspective on academic women’s experiences and ways to address bias and inequality that hold them back because of their gender. Zippel’s work is exemplary in this sense and offers a “strategy to transcend gender inequities.”3 She has a simple, straightforward suggestion—that women pursue more international collaborations. However, it’s not that easy.

Collaboration Is Critical
Cutting-edge STEM research tackling the biggest global problems and coming out of projects at institutions such as the International Vaccine Institute and the CERN’s Human Genome Project (HGP) are decidedly international, making the politics of international collaborations an important issue to consider when pursuing a career in science today. The HGP is an example of a major coordinated effort
involving many smaller labs around the world; they collectively address the challenge by dividing it up. There are significant differences between physics projects that tend to have one large lab and biology projects that require collaboration of small labs. HGP is the latter and is an example of how essential collaborations are.

Until such a time in the future when bioscience operates in big labs with big budgets tackling singular big questions, the reality is that collaborations are critical. In addition to seeking major global collaborations at the advanced career stage, early-career U.S. researchers can take advantage of plentiful opportunities to attend courses and workshops in Europe, including those at the European Molecular Biology Laboratory (EMBL), which offers international summer programs and states that fostering and maintaining international relations is of “key importance” to its overall mission.4 The Federation of American Societies for Experimental Biology (FASEB) also facilitates international opportunities.

Traveling is not always an option for U.S.-based researchers, but that doesn’t mean they cannot cultivate an international outlook or build a network from home. The huge flow of non-U.S. STEM graduate students, postdocs, and researchers into U.S. institutions for decades means that there is an international presence here on U.S. soil. Tap into that! Get to know where your non-U.S. colleagues are from and how they do science in their home countries. Interpersonal connections can lead to international collaborations!

Perhaps not surprisingly, U.S. researchers do not collaborate as much as European researchers, and women do not have the same opportunities to collaborate internationally as men do. These conditions are as harmful and limiting to individual researchers’ careers as they are to the field of scientific knowledge at large. If women are not optimally participating, projects like the HGP cannot yield optimal solutions to the world’s biggest problems.

The prestige and motivation to pursue international collaborations differs dramatically between the United States and Europe. For example, based on her research with women in interviews and focus groups, Zippel writes that in her native Germany, American researchers are perceived of as “representatives of the gold standard of what real science is.” She suggests this is a major advantage that all U.S. scientists
have in initiating international collaborations. However, her qualitative research with focus groups in the United States reveals that international collaborations are undervalued in U.S. institutions and viewed as a “guilty pleasure that involves exotic travel but are not meaningful research.”

Women are further disassociated from academic internationalization because of the misconception that having a family precludes them from travel. This ethos may account in part for why male applicants for large National Science Foundation grants so greatly outnumber female applicants.5 These negative perceptions and biases may be ameliorated over time as we see an increase of U.S. universities with international campuses that benefit from generous funding and strategic locations in countries around the world. New York University (NYU) has well-resourced campuses in Shanghai and Abu Dhabi. Yale and Duke have branches in Singapore, and Georgetown University has a well-established campus in Qatar. Events and opportunities abound in these sites. For example, in spring 2018 NYU Abu Dhabi is hosting a conference entitled The Gender Gap: Causes, Consequences, and Solutions for Academia that brings together practitioners and thought leaders in STEM research, faculty diversity, and gender equity in the sciences.

In Zippel’s new book, Global Science: Advancing Academic Careers through International Collaboration (Stanford University Press, 2017), which is an excellent read for women researchers
and scientists in STEM fields, she delves deeply into the gendered challenges associated with international collaborations. She identifies and discusses in details some of the structural and organizational barriers that keep women from collaborating and contributing globally on par with men. She coined the phrase glass fences, a useful concept and catchy term that could easily gain traction within the academy in future discourse on gender and science. Glass fences are “gendered obstacles women face as they attempt to conduct international research. These are as invisible as glass ceilings encountered by female managers, academics, and politicians when they try to climb the hierarchical ladders of their organizations.”

Some glass fences are global while others are unique to the American academy and the beliefs and values that shape its departmental politics, hiring processes, and funding opportunities. For example, sexual harassment is defined and dealt with in particular ways in the United States, but what constitutes sexual harassment internationally can be unclear and become complicated by cross-cultural differences, misunderstandings, and unfamiliar norms and behaviors in non-U.S. contexts. There is research on the politics of gender in international collaborations that deals directly with the matter of sexual harassment; however we will not go into those details here.6

The .edu Bonus
On the positive side, women at American academic institutions may have a golden egg of sorts, and it might not be what you think. In spite of having their career trajectories halted by glass fences, being consistently outnumbered in grant applications and awards, and being downright discouraged, women in STEM in the United States are making notable gains in overseas research opportunities. Zippel attempts to explain this phenomenon in a provocative way, with what she calls the “.edu bonus,” another useful and catchy phrase she has coined. The “.edu bonus” is what it appears to be—a reference to a Web domain and email address associated with U.S. academic institutions. Zippel argues that the email address itself gives women at U.S. institutions an advantage. Think back to the perception in
Germany, for example, of American researchers as “representatives of the gold standard of what real science is.” International teams that want a top-notch collaborator see the “.edu” email address and it signals a potential for excellence.

Being sought after for your email address can be a first step. Once women are engaged in international collaborations, their experiences tend to be very positive in the sense that having the .edu bonus is more of an advantage than their gender is a disadvantage. Zippel’s work sheds light on how women researchers from the United States are escaping the gender-based biases and circumventing the institutional politics that hold them back at home.

Zippel’s work digs into the subcultures and politics of global scientific knowledge production with specific attention to gender and inequality. Her objective is to highlight asymmetrical power relations and the sometimes subtle yet systemic patterns of exclusion that result in structural inequalities. I strongly recommend her books, which are both readable and thought provoking.