Five tips for explaining your basic science research to non-scientists 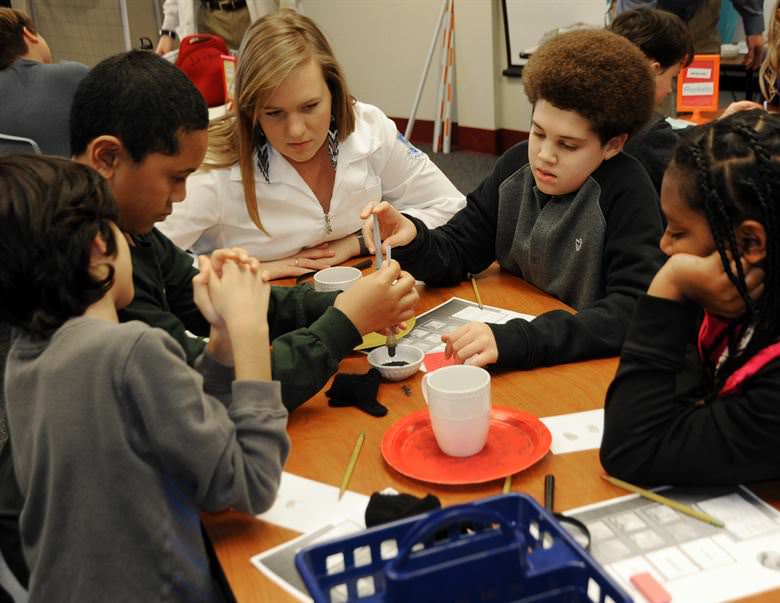 One of the hardest challenges we face as scientists is describing our work to friends and family from different walks of life without completely baffling them. We all love what we do and given the opportunity we could rant about our research for days. However, when you’re trying to explain why exploring the basic biology of the cell is important for society, people may not always understand right away. It’s easier if you are researching a hot topic or can use household words such as cancer or diabetes, but trying to explain why the actin dynamics of the early Drosophila embryo is just as interesting doesn’t always go smoothly.

Sometimes I find myself thinking if I was working on more applied research compared to basic science, it would be easier to explain, and in some aspects, that may be true. Although it is easier to explain applied research, it is just as important, if not more, to understand basic science because it is the foundation that leads to applied science. If basic science is incorrect, then anything based on that idea will be unsound and likely waste time and resources.

For example, in 2005, Dr. Barry Marshall, along with Dr. Robin Warren, won the Nobel Prize in Medicine for discovering the role of the bacterium Helicobacter pylori in peptic ulcer disease. Before their discovery, it was commonly believed that peptic ulcers were caused by stress, but Marshall believed they were actually caused by infection with H. pylori. He went so far as to drink a culture of the bacteria himself to prove his hypothesis. There were many people who were dying of stomach cancer and living in unbearable pain from ulcers that were believed to be untreatable, but the simple answer was a round of antibiotics. If the assumption that stress was the cause of ulcers was never questioned, antibiotic treatments never would have been tested, and time and money would have been wasted looking for a different treatment.

Therefore, it is important to investigate the basics of all important problems in biology. Basic science is where most discoveries are made, and subsequent findings are based on that work. I find my basic research fascinating, and my excitement shows when I talk about it. Sometimes that is enough to make anyone listening become just as excited, but that does not mean they will understand or remember my work the following day. It takes a little more than just excitement to communicate our sometimes obscure research, so here are some helpful tips that you can use when explaining your research to non-scientists:

When it comes to your work, no one knows your topic as well as you do. It is important to be aware of how much you know and to start with the basics when explaining your research. Other scientists may be completely unfamiliar with your research, even if they understand the general field. In order to keep your research simple, try not to explain every minute detail, but rather the main idea. For example, instead of going into detail about the complex role the centrosome plays in cellular division and other necessary cellular functions, I can simply say it is the microtubule organizing center of the cell (MTOC). This broadly describes its function, while keeping the explanation short. When you go into too much detail, you can overcomplicate the subject and the listener may get lost early on. Therefore, when it comes down to it, the simpler you can make your research, the better.

Analogies can be very useful when trying to simplify your work or make it more relatable. For example, my colleague Randi Reed studies the proteasome, a complex in eukaryotic cells that degrades targeted proteins through proteolysis. A common analogy they use in their lab is the proteasome acting as a trashcan. The complex is made up of several parts, including a lid and a base, and the target proteins (the trash) can only enter the base (the trash can) when the lid is open. Using my own research as another example, I created the analogy that the Drosophila embryo is similar to a tube of toothpaste. The inside of the early Drosophila embryo has a gel-like consistency and contains an increasing number of dividing nuclei. It is imperative that these nuclei expand and fill the embryo for proper patterning. The embryo must contract and squeeze the contents inside (the nuclei) so they reach the ends of the embryo, analogous to squeezing a tube of toothpaste so that the content inside (the toothpaste) reach the end of the tube. These explanations allow the listener to form a picture in their mind while you are explaining complex topics, and it is simple enough to remember. When used properly, analogies can be powerful tools that help your work stand out from the rest.

I like to think of keywords as the ones you would use to describe your research in one sentence. For example, I study the regulation of actin dynamics by the centrosome in the fruit fly during early embryonic development. From that one sentence, I can give five keywords that give you a quick idea of my research. It can also be helpful to think of what keywords you might use when writing a grant because you chose them to immediately attract your reader while also giving a broad overview of your proposal.

If you work on a hot topic such as Alzheimer’s or Zika virus, you automatically have simple keywords most people already know. When you lead a conversation with keywords, people will be hooked because they may have a basic understanding of that topic. Once people have an idea of what you do, you can expand to make it more specific, and be sure you do, because it shows how one topic can be studied in many different ways, showcasing your uniqueness and the diversity of research. Lastly, when people think back on your conversation, they will generally remember the basics of what you told them, specifically those keywords.

It is important to cater your presentation to each group/person. For example, I would not say the same things to a group of elementary children that I would when talking to my mom, who has two advanced degrees with a broad science background. When explaining complex science to children, it can be helpful to use well-thought-out props or toys, as well as pictures. If I were to explain my research to children I would show them my microscopy pictures and point out important things, such as the centrosome and actin filaments, so they could visualize what I am saying. When explaining complex science to my mom, I can use scientific jargon like phospholipid bilayer, because she knows basic biology terms. However, I have to be careful not to use jargon that is specific to my field, like MTOC, or I can explain it as I am using it. In each scenario, it is important to make sure your audience fully understands what you are saying. It is a great sign if the audience asks a question – it means they truly understood and cared about what you said.

It may sound strange to suggest listening when you are supposed to be the one who is explaining something, but it can help make your audience more intrigued by what you have to say. When explaining your research, it can be just as important to listen to your audience as it is to speak to them. If someone is asking you questions, they are usually asking for more information about what they find interesting. Listening to them can help you steer the conversation towards their interests and in turn, keep them more engaged in the conversation. It can even be helpful to stop and ask them if they understand what you have just said, giving them an opportunity to ask questions.

Additional resources on how to communicate science to non-scientists:

11 tips for communicating science to the public

Nine tips for communicating science to people who are not scientists

Caitlyn Blake-Hedges is a PhD student in the Biomedical Sciences Department at Florida State University. She works in the lab of Dr. Timothy Megraw, investigating the function of the centrosome in development and disease using Drosophila as a model. In her free time she enjoys yoga, running, Netflix, and watching college football (Go Clemson!). Email: caitlyn.blake-hedges@med.fsu.edu