Finding my community through the ASCB meeting

I was recently invited to be a panelist in the Out in Science discussion hosted by the Gladstone Institute and the LGBTQ+ resource center of the University of California, San Francisco. It was a wonderful and highly rewarding gathering of LGBTQ+ scientists and allies sharing stories about how being a member of the community influences our lives, but in particular, our identity as scientists. One of the questions asked of me was how do my identities as being both gay and black affect me as a scientist. I was stumped. Not because I have not had experiences based on my identity that have shaped the way I view life or science, but because I cannot disentangle being black from being gay. I was born both, I have only known both. While I did not “come out” until I was in college, I always knew from the point of self-awareness who I really was.

As a person who embodies these two identities, the one thing I can say with certainty is that representation matters. Throughout my education from my undergraduate institution at the University of Michigan to graduate school at Northwestern University I never had a black professor or knew  a professor in the LGBTQ+ community. That’s not to say that they did not exist at either of those institutions, but in the courses I took, which were heavy in STEM as an undergrad, there was a noticeable absence. Could I see myself as a college professor teaching at the highest level and running a well-funded research program? For me, that took some imagination and a whole bunch of naïveté. Graduate school can be particularly dark and lonely, and with feelings of imposter syndrome disproportionately affecting people of color (POC) it is  inevitable that you begin to ask yourself “do I belong here?” When you look around and fail to see anyone who embodies who you are, it becomes very easy to think that you don’t belong.

I attended my first ASCB meeting in 2002 as a first-year graduate student. Even though I was a rotation student at the time, the faculty member I was working with was so generous as to pay my way to the meeting even though I was not presenting. Looking back, this was an incredibly generous offer and attending that meeting was life-changing. It wasn’t that I suddenly met a number of black scientists or LGBTQ+ scientists in prominent roles; in fact, there is still a dearth of both black and LGBTQ+ scientists in the cell biology community. What did happen, however, was that I began to build a community. I began by getting involved in the Minorities Affairs Committee activities and from there I sought out other LGBTQ+ scientists in what was the precursor to the LGBTQ+ Task Force. Making these connections at the annual meeting began to fill my cup, allowing me to continue on at my home institution knowing that I was not alone, giving me the energy, the motivation, and the support I needed to carry on until the next meeting.

So ASCB became my remedy. It helped me navigate a scientific community (and society in general) who isn’t always kind (to put it nicely) to POC and LGBTQ+, and it became a band-aid to the daily cuts of micro-aggressions (and macro-aggressions!) that can slowly bleed away your confidence and dignity. It helped me find a community that morphed into a support network that now includes mentors that embody aspects of who I am. I am now a tenured professor at Reed College, a small liberal arts school in Portland, OR. I am very proud of the fact that I am in the position to be the black, gay professor I never had to my students. If they can see me and think that being a POC and LGBTQ+ is not an impediment to what they can achieve, I have done my job.

Derek Applewhite shares reasons you should attend ASCB annual meetings in this video.

Derek Applewhite is an Associate Professor of Biology at Reed College in Portland, OR. The central goal of his research is to understand the regulation of the cytoskeleton. 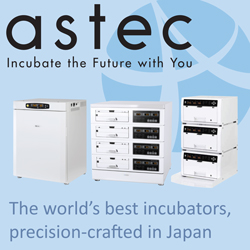