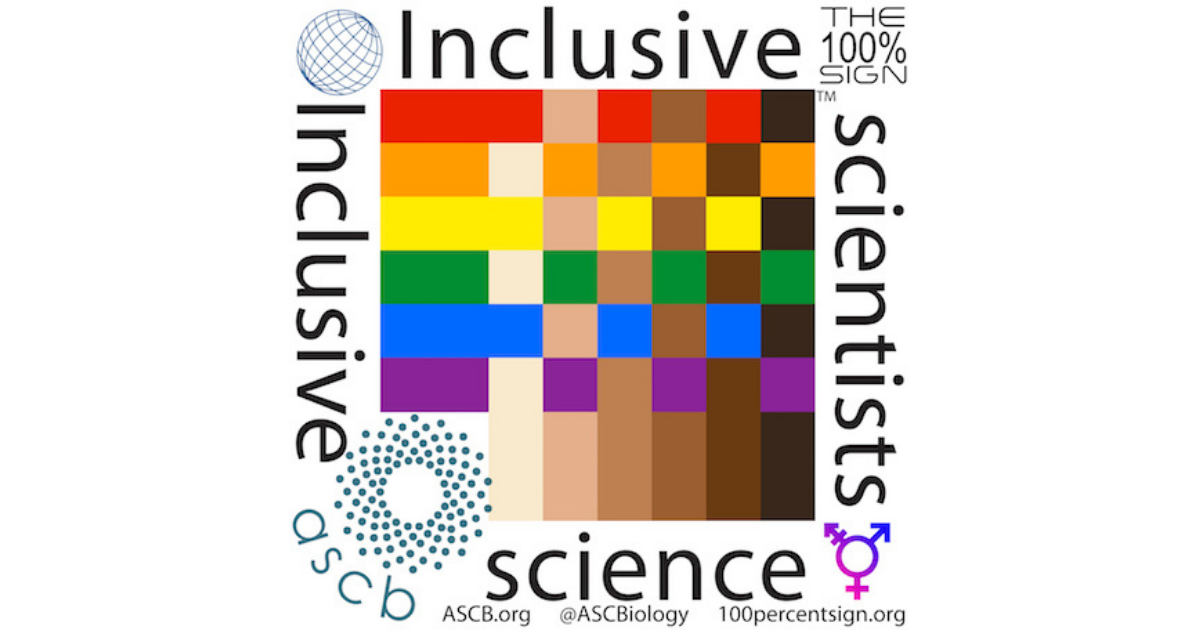 This is the first in a series of blog posts to be released this quarter by the ASCB LGBTQ+ committee under the theme of Building a Welcoming Community for LGBTQ+ Scientists. Over the next month, we will present perspectives from authors at various stages of their research career (i.e., from graduate student through postdoc to the faculty level), which we hope will offer enlightenment on the very real issues faced by LGBTQ+ researchers and provide advice to existing PIs on how they can help.

The marginalization of LGBTQ+ people in STEM research is well documented despite the recognition that diversity enhances research quality. Very real fears about prejudice and abuse toward LGBTQ+ people may leave us in the closet where we feel unable to fully engage with our peers. It may be hard, even for our supportive colleagues, to understand how restrictive it is to have to live separate personal and professional lives, where we constantly need to decide how much to reveal to someone we do not know for fear of a negative impact. As a result, LGBTQ+ researchers are often a silent minority.

In my home institution, surveys have also indicated that our LGBTQ+ students experience feelings of exclusion from research activities (access) and communities (belonging) at significantly higher percentages than students who identify as heterosexual. Given the importance of personal connections for professional advancement in academia, especially at early career stages, establishing safe and accepting research-training environments can significantly boost retention of LGBTQ+ trainees.

A longitudinal analysis published in 2018 showed that undergraduate research experiences boost retention in STEM by 13.5% but indicated that sexual minority students were 7-10% less likely to remain in STEM at the end of four years in college. This was despite the interesting observation that LGBQ students seek out undergraduate research experiences at an 8% higher rate than their heterosexual peers. Further dissection of the contributing factors to these figures, controlling for background and preparation, pointed the finger toward “STEM identity” as a key factor, that is, “Can I see myself contributing to my field?” In their conclusion, those who conducted the study state:

What was surprising was that sexual minority STEM aspirants participated in undergraduate research at higher rates, but were still less likely to be retained to the fourth year. This finding implicates STEM faculty development around recruiting and mentoring students in their laboratory environments. (my emphasis)

My takeaway from this is that it is really important to allow our LGBTQ+ undergraduate (and other) researchers to bring their whole selves into our labs without fear of prejudice. The ball is in the faculty court to create and maintain an inclusive environment. The reward for the lab will be better science.

To kick off our miniseries on creating an LGBTQ+ friendly environment in our institutions, I will describe a recently implemented initiative at Penn State that is both simple and essentially cost-free. (What university doesn’t love that?!) Feel free to “clone and customize” this model if you are interested in pursuing your own version of this initiative. I am also happy to consult on my experiences in setting this up for anyone who is interested.

Many universities have LGBT Centers on campus, many–like ours–recently renamed as a “Center for Sexual and Gender Diversity” (CSGD). It is also common for the CSGD to offer regular 1-2 hour training sessions for faculty and staff in which they provide an introduction to the LGBTQ+ community. This foundational training is often called “Safe Zone” or “Safer People, Safer Places” training, a name that reveals the unfortunate reality that LGBTQ+ people are often the target of abuse or violence. By displaying a sticker of completion on an office door, faculty can indicate their awareness of LGBTQ+ issues as well as their willingness to provide a sympathetic ear to LGBTQ+ students should the need arise.

With the realization that our research groups are a microcosm of society and one that, the aforementioned study shows, is often not welcoming of LGBTQ+ research trainees, the Eberly College of Science decided to extend the spirit of the CSGD trainings specifically to our research laboratories through the creation of The Rainbow Science Network (RSN).

The operation of the RSN is simple: Faculty get trained and commit to maintaining an inclusive lab environment to which all their trainees may bring their whole selves. Training to join the RSN is twofold: An introduction to LGBTQ+ issues (a so-called “foundations” session) and an introduction to the transgender community. Once training is complete, faculty are added to the RSN list of committed labs that is displayed on the RSN website. Potential LGBTQ+ trainees of any rank can consult this list when choosing which labs to apply to for undergraduate research experiences, graduate student rotations, etc. Application to RSN labs still happens through all the usual mechanisms, and being in the LGBTQ+ community plays no role in this application process. There is no requirement to be “out.” In fact, there will be cases where the PI may have had an RSN-inspired lab member but never know that this was so. Closeted or not, just knowing that the PI is on your side can give some degree of confidence that you can be yourself.

We also recognized that the PI in a larger lab may be somewhat remote from the lab on a day-to-day basis, and so the RSN also requires that the PI find a willing second individual, who is more continuously present in the lab (e.g., a technician), to ensure that there is a trained presence in the lab on a daily basis. While it would be ideal to train everyone in an RSN lab, we felt that P’s would react negatively to such a high training burden; however, each PI is required to set the tone by making their membership in the RSN known to the whole lab (via lab meetings) and to inform new lab members as they arrive.

As I write this, we have 30 labs listed, with more in the training pipeline. We are also in the process of working on ways to tie our RSN researchers together with guest speakers, panel discussions, and special events built around our Undergraduate Research Exhibition. Here the intention is to help facilitate retention in research through graduation by providing an ongoing university-wide sense of community for our LGBTQ+ researchers.

Since the instigation of the RSN, this model has been extended to the College of Engineering (Rainbow Engineering Network) and the College of Earth and Mineral Sciences (EMS Rainbow Network), and talks are ongoing to extend this initiative out to our Commonwealth Campuses as well as to other Colleges. Clearly inclusivity is infectious: Give it a try!

Claire Thomas is an Associate Professor of Biology and of Biochemistry & Molecular Biology at The Pennsylvania State University, University Park, PA. She and her lab are interested in the role of the cortical F-actin cytoskeleton in apicobasal polarity, protein trafficking, growth, and morphogenesis, working mainly in Drosophila. Email: clairet@psu.edu 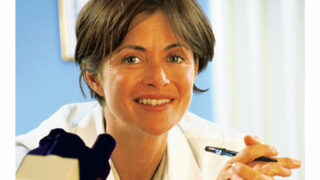 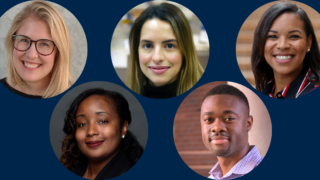