On December 1, 2016, the Fair Labor Standards Act (FLSA) was meant to be updated by the U.S. Department of Labor (DOL), and this update was predicted to have a profound effect on the academic enterprise, including postdoctoral researchers. 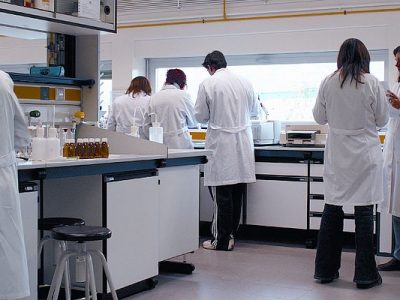 In our paper, we describe the key changes to the FLSA, how they came about, and how the postdoctoral population was meant to be affected by the ruling. The two key changes made by the FLSA update ruling were: 1) an increase in the salary threshold for exemption from overtime pay from $23,660 to $47,476; and 2) indexing the salary level so that it would be updated automatically every 3 years pegged to the 40th percentile of full-time salaried workers in the lowest-wage Census region, estimated by the DOL to be $51,168 in 2020. These changes were initially proposed in July 2015, and finally announced by the Secretary of Labor Thomas Perez in May 2016, in response to a memorandum issued by the White House from president Obama in March 2014.

With the announcement of updates to the FLSA, there was a simultaneous announcement that postdocs would not be exempt from this ruling and would in fact be targeted by it, as discussed in the article co-authored by Director of the NIH Francis Collins and Secretary of Labor Thomas Perez, “Fair Pay for Postdocs: Why We Support New Federal Overtime Rules.”

In an effort to create a database of how salaries were meant to change across the U.S. under the FLSA ruling, we have been gathering information at the FLSA and postdocs resource at Future of Research. In our paper, we present publicly available data on how universities had planned to handle salaries of postdocs in STEM following the FLSA with one month to go. We collected the data by checking university websites and contacting HR departments. We attempted to cover every U.S. higher education institution with > 35 postdocs obtained from a 2014 NSF Survey of Graduate Students and Postdoctorates in Science and Engineering.

With one month until FLSA was set to go into effect (below), 51% of the estimated postdoctoral workforce was likely/predicted to receive a salary increase, hours would be tracked for 1.5%, and tracking hours while promoting (but not mandating) salary raising would be allowed for 4% of the postdoc population. However, the predicted effect was still uncertain for 41% of postdocs.

We continued to collect data at various timepoints before the predicted December 1, 2016, implementation deadline. With 20 days to go (below), 68% of postdocs were likely/predicted to receive a salary increase, whereas the predicted effect was still uncertain for 23% of postdocs.

We had planned to continue collecting data until the implementation date of December 1, 2016. In the meantime, a hearing was held on November 16 with 21 U.S. states filing a preliminary injunction against the Department of Labor to delay the December 1 implementation of these updates to the FLSA. The injunction (found here) was filed by 21 states. The injunction has been granted and applies nationwide, including states that were not part of the filed motion (see the Memorandum Opinion and Order here). The future of the entire update is now uncertain as the update is already a target for repeal by House Republicans in the new administration. We have issued a response to this injunction, and discuss many of these points in the section below.

These data illustrate both important consequences and further questions/uncertainties about how implementing the FLSA ruling and the subsequent injunction will affect the current postdoctoral population.

With implementation, even with 10 days to go with all institutions checked, there was still a significant lack of information about compliance with the FLSA ruling for postdocs. Up until November 22, with 9 days before the FLSA ruling was to take place, the majority of the postdoctoral population was poised to have salaries raised. With the injunction, the salary changes are not required to occur on December 1st, and possibly not at all, raising several questions. Mainly, while some postdocs will not see a deviation from the current plan going into effect on December 1, will all postdocs be treated equally elsewhere in the country?

Prior to November 22, another issue was whether postdocs on certain grant/fellowship stipends (particularly non-NSF or NIH) were to be exempt from the FLSA ruling. What happens to those postdocs following the injunction is uncertain.

Another potential issue with implementation was the fact that some universities were to track hours, which runs counter to academic culture. Since many job-related duties for postdocs occur during nights, weekends, and while away from the lab, how would those hours have been tracked? However, now, the issue of tracking hours for postdocs is particularly concerning following the injunction. Will overtime payment to which some postdocs were about to become entitled now be lost?

Bigger questions of how the research enterprise will be affected by this ruling (and now injunction) also arise. Prior to November 22, possibilities included a drop in new postdoc hires, postdocs losing their jobs, or potentially switching to hiring staff scientists due to PIs not being able to afford paying as many postdocs. This may have in the long run made the research enterprise more sustainable. Now that postdocs were told they will not get raises, how will this affect the desire of postdocs to remain in the system? There is now a lot of uncertainty surrounding the salaries of a population that is already severely underpaid as described in a response here. We will continue to monitor how institutions respond to this injunction and are updating our resource here, particularly in the section “How institutional plans have/have not changed since the injunction.” At the time of writing, most institutions, and also the NIH, are continuing in their plans to raise salaries for postdocs.