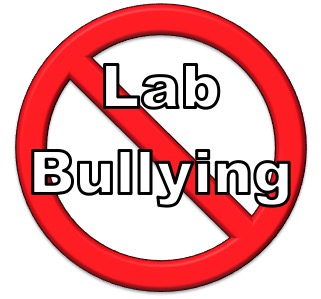 The likelihood of a good scientist succeeding depends on infinite factors. At some point, we have all experienced the fact that being lucky is equally as important as being smart and passionate. Part of being lucky depends on human social interactions. One such example is interaction with superiors, which can be a supervisor when you’re an undergraduate, grad student or postdoc, or a department chair when you’re a young PI. Supervisors can actively influence your career. If you’re lucky, you have always worked in a friendly, honest, and professional environment where your supervisors have always been on your side. Unfortunately, not all smart and passionate scientists are so lucky with their human interactions. In the last few years, an increasing number of scientists in the STEM field are finally reporting incidents of bullying in the workplace (also described as harassment, psychological violence, or workplace abuse). In December 2017, the article “Harassment in science is real” appeared in Science. Early this year “We need a bigger conversation about bullying in academia” was posted in The Guardian. Both articles highlight the desperate need to tackle bullying in academia with proper policies. After experiencing workplace harassment myself, I decided to share my story with my colleagues. Unexpectedly, I discovered that many of them (women especially) had experienced bullying in the lab at some point in their career, ranging from when they were undergraduates to PIs. The stories I heard persuaded me that we need to start a serious conversation about abusive supervisors and bullying in science in general.

Definition of workplace harassment
The main theories on workplace harassment are summarized in books like “Bullying and Emotional Abuse in the Workplace” by Einarsen, Hoel, and Cooper and “The Bully at Work” by Brink. As the authors describe, bullying in the workplace is a “form of psychological harassment that is primarily of non-physical nature.” Two points discriminate harassment from personal conflicts: 1) there is an imbalance of power between the victim and the bully, and 2) the aggressive behaviors are repeated and perpetuated regularly over time. These attacks are considered offensive, unwanted, unwelcome, and abusive by the victim.

Examples of bullying behaviors in science
A bad supervisor can perpetuate a wide range of aggressive behaviors over time with the only goal of humiliating and frightening the target. An abusive supervisor ignores the victim’s views and opinion. An example is when a PI doesn’t listen to the opinions of a certain lab member or doesn’t allow that person to speak at all during lab meetings. To block the victim’s career, the bully supervisor can decide to change the victim’s project for no obvious reason. For instance, a trainee proposes new ideas for his/her project, but the PI doesn’t allow him/her to perform any experiments that can improve the project. Even worse, the supervisor may decide to transfer these new ideas to another lab mate’s project, without ever acknowledging who had the initial idea. In a social context, one form of psychological bullying is excluding the victim from lab social events, emails, or lab projects. This behavior leads to the victim being largely isolated from his/her lab mates. Perhaps the most common hostile behavior is public verbal abuse. This includes humiliation, criticism, and insulting the victim in public, or spreading malicious rumors. Sometimes the supervisor humiliates the victim in front of other members of the lab and doesn’t allow the victim to respond. These attacks can be about the victim’s private life, gender, nationality, or race. I myself was told repeatedly “you’re too short” or “you don’t understand English because you’re not American”. Certain people are bullied simply because they represent an outgroup. Along the same line, the most incredible comment I received once was: “I would strongly suggest that you have native English speakers read your manuscripts if you want to get critical feedback”, referring to the fact that I asked Chilean and Turkish colleagues to read my manuscript. This kind of comment proves that there is nothing wrong with the bullied victims, they are bullied targets only because the supervisor sees them as someone with a “different background.” Last, bully supervisors will deliberately undermine a competent scientist by constantly criticizing their work. This can include repeatedly saying that the victim’s lab skills are never as good as those of other lab members without giving reliable proof. Attacks such as these do not encourage the trainee, but instead, serve to sabotage their career. 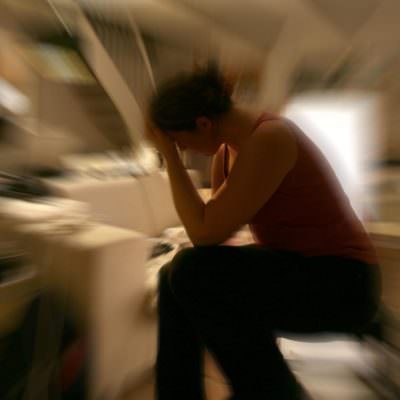 The long-term effect of being bullied
There are no consequences for abusive supervisors—they always win. There still are no laws against workplace bullying, so it is up to the HR department whether to pursue a case of workplace harassment  As noted in “Bullying and Emotional Abuse in the Workplace,” the bullied target can suffer social stress, psychosomatic illness, depression, loss of self-confidence, anxiety, and even contemplate suicide. Victims of workplace harassment can be technicians, students, postdocs, or employees with little power, and they may decide to leave academia because the bully makes them feel like they don’t belong in an academic lab.

1) What victims of workplace harassment can do
To counter harassment in the workplace two actions are needed: We must become aware of it and talk about it. Most of the time hostile attacks from supervisors are justified as “personal conflicts.” Victims usually feel ashamed and isolated. The Ombuds office and the Student Mental Health Office can help with these types of conflicts. Another organization that helps people deal with workplace harassment is the Workplace Bullying Institute. The website explains how to recognize workplace harassment and react to it. Scientists who want to report abusive behaviors by their supervisors can also read the story of a student who went through it on the Labmosphere blog.

2) What our scientific society can do
The issue of bullying in science is complex and requires more than a blog to be properly addressed. In my opinion, if we want to prevent good scientists from leaving academia, it is critical to start a conversation about the weight that abusive supervisors have in shaping future scientists. Many scientific societies condemn all forms of harassment. For instance, ASCB has an anti-harassment policy for the Annual Meeting. Another example comes from the American Geophysical Union (AGU), which in 2017 updated its ethics policy to include harassment and bullying in the definition of research misconduct.

Workplace bullying has been extensively defined and studied, but actions to protect trainees from abusive supervisors are still lacking. In my opinion, we should start with the above-mentioned policies and extend them beyond meetings. Our scientific society needs to openly talk about bullying in science (through workshops or seminars). We then need to develop a rigorous system to investigate the ethical behavior of scientists who are accused of workplace harassment. If and when a workplace bullying case is confirmed, actions are needed and the bully must be tagged as such. My vision is that we can reach a point where ethical rules are respected in every single lab and scientists everywhere in the world can work in a professional environment. 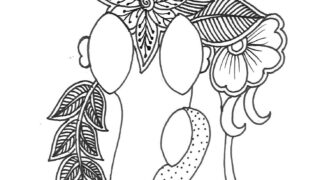 Finding the kindness in life: parenting during the pandemic
COMPASS