Biotech has a woman problem

by Nancy Hopkins and Harvey Lodish 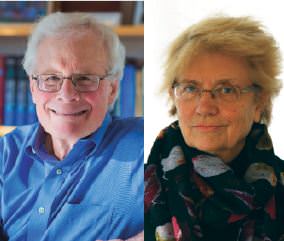 The biotechnology industry in the United States is envied and emulated around the world, and is poised to grow explosively in coming decades. It should continue to develop treatments for diseases and conditions thought incurable just a few years ago, based on advancements that continue to emerge from research in our universities and hospitals and are developed in innovative start-up companies. Biotechnology depends on a rare group of leading scientists who are highly educated, productive, creative, and motivated. But at the highest levels, namely faculty founders of biotechnology companies and partners at venture capital (VC) firms, many of these talented persons—women—are not present.

The problem is not the “pipeline.” For example, 25%–30% of the biology faculty at Boston’s leading research universities are women, and 50% of the PhD students in biology are female.

But at the level where biotech companies are launched—by entrepreneurial university faculty members and partners at VC firms—very little has changed since the late 1970s when Genzyme, Genentech, Biogen, and others were formed to exploit the invention of recombinant DNA technology and the production of monoclonal antibodies and other biotherapeutic drugs such as erythropoietin.

This problem was brought to the attention of one of us (NH) six years ago by a graduate of Harvard Business School who had seen a list of scientists whose start-ups had been funded by a local VC company. Of the 100 names on the list, 99 were men. She was curious how this was possible, since so many biology PhDs are female. We conducted an informal survey over several years using the Web to identify biotech startup companies founded by faculty from the Massachusetts Institute of Technology (MIT), Harvard, Harvard Medical School, and several other universities and medical centers (see table for representative data). The data were similar at all locations and appear to have changed little over time, including up to the present: Among current Harvard and MIT professors who have started biotech companies, 95% or more are male, as are 90%–95% who serve on the boards of directors and advisory boards. On the current websites of four top VC firms that fund biotech companies, we found only two female partners.

The Birth of a Company
The birth of a biotechnology company is instructive, as exemplified by Genentech, among the first. It was founded in 1976 by Herb Boyer of the University of California, San Francisco, which held patents on his recombinant DNA discoveries, and Bob Swanson, a graduate of MIT and its Sloan School of Management. Boyer described his first meeting with Swanson many years later:

I didn’t know what a venture capitalist was in those days. And he [Swanson] said he was interested in starting a company, he had some money to do so and that’s when I got interested, because laboratories always needed money. I remember it was late Friday afternoon and he came to my lab around five o’clock. Other than the suit and tie he looked like one of my students. He was very young, about twenty-nine at the time I believe.

Swanson and Boyer’s historic meeting remains a model of how many biotech companies are founded. A discovery is made in a university lab and patented by the university’s technology licensing office to create intellectual property (IP). The professor who runs the lab, together with faculty colleagues, are often recruited by venture capitalists. The university licenses the IP to the start-up. The faculty members and venture capitalists assemble a team of founders and members of the board of directors and the scientific advisory board. Its drivers are university faculty (who today, unlike Boyer in the 1970s, are often old hands at this) and venture capitalists.

Where Are the Women?
We were young MIT faculty when the biotech industry began. One of us (NH) was told that colleagues would like to ask her to join a start-up called Biogen, but they couldn’t because “businessmen won’t work with women.” The other (HL) became a founder of Genzyme and in the process was mentored by businessmen and by a male faculty colleague and co-founder with extensive industry experience. From there, HL became part of a group of men that went on to found multiple Boston biotechs. One of his recent companies was founded after a well-known venture capitalist “cornered me after my talk at MIT and said, ‘I think we have a company here.’”

Our experience is that women faculty with greater expertise and stature are often passed over for participating in biotech start-ups in favor of men who are part of the “biotech old-boy network.” Are women invited to join these companies but decline for lack of interest or lack of time? We asked the women faculty in Science at MIT if they had been invited to join start-up companies founded by their male colleagues; none had been. This is all the more compelling since, of the tenured faculty in the MIT Biology Department, about half of the 36 men and half of the 16 women are members of the National Academy of Sciences.

Do female faculty in Science at MIT found their own companies? We identified only one female professor in the School of Science (Departments of Biology or Chemistry) who had done so as of three years ago. Interestingly, an informal study conducted by another colleague at MIT last year found that women faculty in the School of Engineering form companies from licensed IP at the same rate as their male colleagues, in sharp contrast to biotech start-ups founded by faculty in Science at MIT (Sangeeta Bhatia and Heather Fleming, personal communication). The reasons for the difference between Science and Engineering faculties are not known, but would be interesting to uncover. This difference was also seen between biomedical science and engineering faculties at Stanford (Ann Arvin, personal communication).

Table 1. Numbers of men and women in leadership roles in 18 biotech start-ups founded by faculty from the institutions indicated. Data were collected between 2012–2015 from the websites of biotech start-ups, and all data are included (i.e., there has been no selection). Counts include founders (for 12 companies), boards of directors (for 8 companies), scientific advisory boards (for 13 companies), and management (for 1 company). Among the 223 people, 84 are full-time faculty members. Of 84 full-time faculty, 80 are men, 4 are women. HMS, Harvard Medical School; MSK, Memorial Sloan Kettering

Biotech as a Professional Activity for Trainees
The male-dominated culture of biotech start-ups needs to change for two reasons: First, in a highly competitive world biotech will never reach its full potential as the number of men in the pipeline shrinks at the same time that some of the most creative and innovative women scientists and entrepreneurs are systematically excluded.

Second, unlike VC firms, universities have an obligation, both moral and legal, to provide equal opportunities to the faculty they hire and the students and postdocs they train. The exclusion of women from participation in the industry now precludes this. In some fields of molecular biology, involvement in biotech is now a professional activity that provides critical access to important information, technology, and professional contacts. Not only is this relevant to faculty, if they choose to participate, it is important to our biology trainees, roughly half of whom are women.

The following anecdote exemplifies the problem. A woman postdoc in biology told one of us (NH) that male postdocs in her lab meet with the professor at lunchtime to talk about companies and the “women are left sitting outside the door.” Though the postdoc is a confident, successful individual, upon relating this fact she became too upset to continue the conversation. Obviously, such professional exclusion is unacceptable. The historical exclusion of women faculty as founders and as members of scientific advisory boards and boards of directors in biotech start-ups now impacts our trainees as well as our female faculty.

While our comments are based on our observations in the Boston area, they are similar to observations in other regions with large numbers of biotech companies.
We urge VC firms and related companies to institute programs specifically to recruit talented women, such as business school graduates, and women with experience in pharmaceutical or biotech companies, and prepare them for leadership positions in the firm. In parallel, universities should institute formal programs to educate younger faculty members of both genders to become entrepreneurs. Most important, faculty with experience in the industry should seek out women faculty with appropriate scientific expertise for inclusion as founders and as members of scientific advisory boards and boards of directors.

To ensure success, we also propose that university technology licensing offices monitor the gender composition and the current mentoring programs of VC firms with which they work as well as those of the start-ups to which they license IP. Any one start-up company might have a skewed gender ratio, but collectively they should reflect the gender composition of the faculty and trainees in the field.
Including more women in the pool of venture and biotech leaders will ensure the success of the American biopharmaceutical industry, enabling it to develop new biotherapeutics for the benefit of all.