Being a Scientist and an Artist in Parallel

A BSc in Biotechnology, MSc in Bioinformatics, PhD in cancer Biology, postdoc… you get the idea! That’s me, a bonafide researcher in biomedical science, your typical “Big Bang Theory” kind of geeky person. But apart from worrying about grant proposals and publications or talking to the scientists during happy hour, I live a secret life as a visual artist at night. I paint in traditional and digital media. I do gallery installations. I hang out with artists from The Art Institute. I am even working on a BA in Illustration from the University of Hertfordshire, UK. It is up to you whether you call me an “artistic scientist” or a “scientific artist.” But I am not alone. Christina Agapakis at University of California, Los Angeles, Lia Min at University of Michigan, and Samuel Viana at Champalimaud Clinical Centre, Portugal, are postdocs or graduate students who combine their artistic merit with biomedical research. 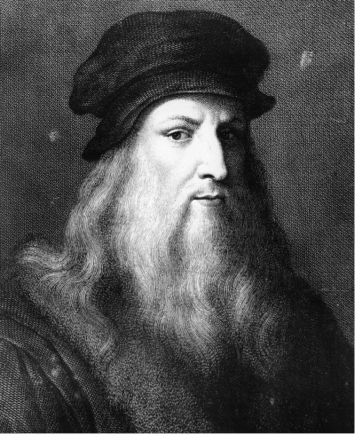 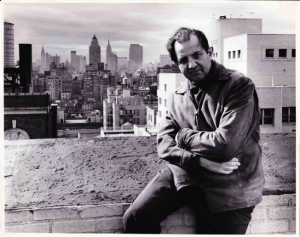 Although perceived as an act of reconciling opposites, biomedical science and art practices in parallel are deep rooted in the history of mankind. Renaissance was an “integrative period” of unified knowledge when Homo universalis or polymaths, incorporated expertise from art, science, engineering and medicine. Leonardo Da Vinci was called “The Renaissance Man” for a reason. Unlike other artists of his time, Da Vinci was a painter, sculptor, architect, musician, mathematician, engineer, inventor, anatomist, geologist, cartographer, botanist and writer. He is the perfect example of a polymath [Fig. 1]. Later, in the 20th century, Alfred Lewin Copley is another individual who practiced medicine, as a biologist studied the flow of blood through the human vascular system, and as a painter created the flow of liquid using abstract expressionism techniques [Fig. 2 and 3]. In 1949, Copley (artist name: L. Alcopley) was one of twenty artists who founded the Eight Street Club in New York City. In 1952 he coined the term “hemorheology” to describe the study of the way blood and blood vessels function as part of the living organism. Finally, Francois Joseph Lapointe is the third example of a biomedical scientist and artist. 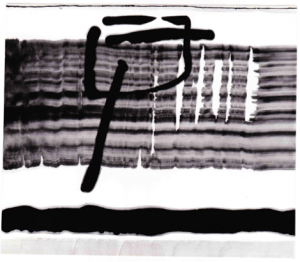 He has two PhD degrees: one in evolutionary biology in 1992 and the second in dance in 2012. Currently, he works on human genome research in his lab at the University of Montreal. In addition, he choreographs creative dance forms for various performances around the world [Fig. 4]. Although there are many examples of successful art-science collaborations, these three individuals are unique because of their para-disciplinarity.

Interestingly, the number of individuals who practice both science and art professionally in parallel (para-disciplinarity) is rare. In para-disciplinarity, as explained by Lapointe, the individual should perform both the disciplines in parallel in a synchronous manner. For example: a neurobiologist who studies patterns of information flow through the neurons in a diseased condition and paints neurons will fit this criterion; but a neurobiologist who changed her career to become an actor does not (e.g., Mayim Bialik, who plays “Amy Farah Fowler” on “Big Bang Theory” has a PhD in neuroscience, but she gave up research to become an actor.). Additionally, the importance and involvement of each disciplinary practice should be relatively symmetrical in the curriculum of an individual. For example: a geneticist who publishes scientific papers and also performs creative dance professionally and regularly will meet this criterion. A cancer biologist who publishes studies on clinical research in scientific journals and paints as a hobby at home does not. Strictly speaking, these rare individuals are scientists and artists at the same time with experience in both scientific methodologies and artistic practices—classic romantic model of individual genius.

As a researcher in cancer biology, I have noticed that scientists are trying to first understand and then cure a very complicated disease that is really a combination of many diseases. I have observed that the general public, although affected by the disease on a direct or indirect level, does not understand the complexities dealt with in research. For cancer researchers creative thinking becomes a necessity of utmost importance. I wondered how a mathematician or a physicist would approach cancer from a complex system perspective. I also wondered if techniques used by the artists frequently, such as divergent thinking, mindmapping, and SCAMPER, could provide fresh ideas on cancer research projects. 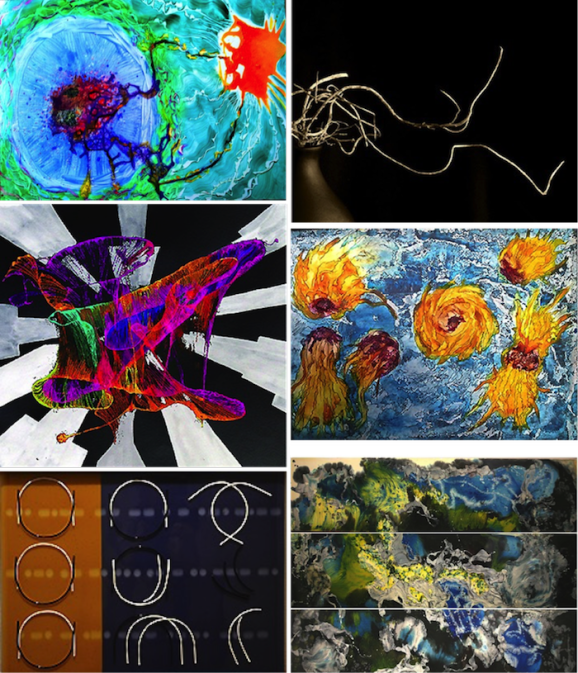 To address these questions, I created a Cancer ART-SCI Network. The goal of this network is to assemble the para-disciplinary cancer researchers and artists from around the world who are interested in and can contribute to understanding the complexity of cancer using science and art, in parallel. Under this umbrella, there are four current projects:

1) Cancer: Finding Beauty in the Beast

In this collaborative project, six artists (Anne Neal, Caroline Shaw Ometz, Elisabeth Schalij, Puneeta Mittal, Sandra Freeman and I) are taking unique artistic approaches to understand the beauty of life in a manifestation that is feared by many [Fig. 5]. The artworks created in this project will be displayed in the LuminArté Gallery, Dallas, Texas, from December 19, 2015 to January 23, 2016.

This project combines concepts of chaos theory and modern art to understand the unpredictability of cancer and its therapeutic implications. The first research article from this project is accepted for publication at Leonardo journal from MIT Press. I am also writing an interdisciplinary research grant proposal with Roger Malina from University of Texas, Dallas.

As part of the United to Serve Arts and Crafts committee at University of Texas Southwestern Medical Center, I created an interactive signaling activity for students of the T.J. Rusk Middle School, Dallas, Texas. This partner game communicated the science of cellular signaling to the students via a fun game. In addition, I created an interactive experiment where random microenvironmental stimuli (played by the students) changed the basal signaling activities of cells [Fig. 6]. 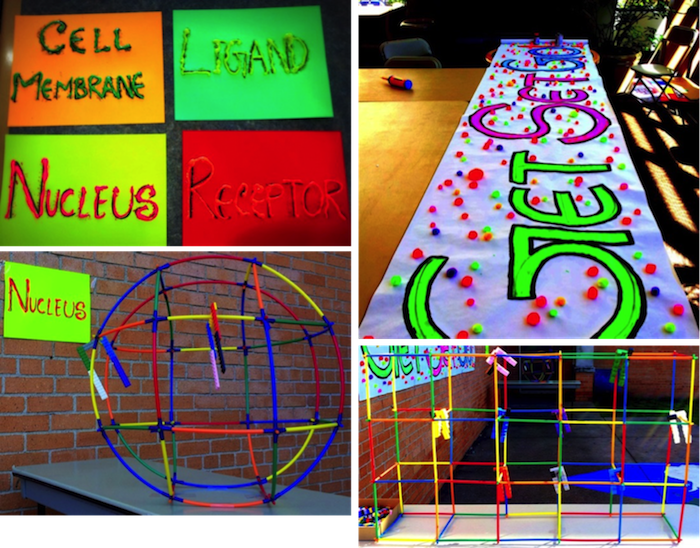 Photographers Robin K. Chambers and Emmanuel Neira are collaborating with me in this anti-smoking awareness project. We aim to utilize infographics and conceptual photography to make teenagers understand problems associated with addiction to smoking and its connection to lung cancer.

It is not easy to become successful in dual careers that are not perceived as well-connected in popular culture. In particular, there is no objective matrix accepted globally for creating or analyzing such a hybrid career. Lapointe pointed out in a personal email communication that to have two successful careers in parallel one needs to work twice as hard. One does not necessarily have to acquire academic degrees in both disciplines if they can produce rigorously peer-reviewed, good quality of work in both fields. However, several general problems are associated with such a career path: difficulties in combining the quantitative and qualitative matrices in both fields, lack of comparison of different curricula, lack of enough hands-on experience of the mediators in both the fields, and difficulties in acquiring funding. Luckily, there are centers all around the world that provide guidance and platforms for advancing dual interest in biomedical science and art practices. ASCI (New York City), SciArt Center (New York City), Media Lab, MIT (Cambridge), ATEC, UTD (Dallas), Art | Sci Center + Lab, UCLA (Los Angeles) are some of the initiatives in United States that support art-science hybrid research. In addition, funding agencies such as NSF and NAFKI are creating conferences and programs to facilitate art-science para-disciplinary research. As a strong proponent of both cancer research and fine art, I believe that in the near future the paths of these two fields will not only be intertwined but carefully joined, leading to a neo-renaissance of novel therapeutics.