In this webinar, you will learn about the pros and cons of alternative career pathways in academia. We will have an informal conversation with four scientists, all of whom chose non-traditional careers in academia. Through exploring their path toward positions as core directors, staff scientists, teaching facultyand administration, we will provide the opportunity for the audience to learn from the diverse experiences of our panelists. We strongly encourage attendee questions and audience participation. 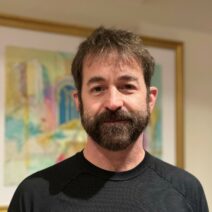 Bob Fischer is a staff scientist at the NIH National Heart Lung and Blood Institute, since 2007. He earned his undergraduate degree in biochemistry from Indiana University, and his doctorate from University of Tennessee Medical School, where he did a joint research project between UT and St. Jude’s Research Hospital on adenoviral oncogenic transformation of epithelial cells. After having seen how oncogenic transformation could recruit the cytoskeleton to control cancer cell behavior and shape, Bob went to work on actin capping proteins at The Scripps Research Institute, with Velia Fowler, where he studied the role of capping proteins in red blood cell shape, epithelial morphogenesis, cardiac development, and neuronal pathfinding. After a period as an independently funded staff scientist researcher and lecturer at Scripps, his continued interest in cell shape regulation in three dimensional contexts lead him to work with Clare Waterman at NHLBI. Since 2009, Bob has been an instructor for the Marine Biological Labs Physiology Course. Having owned and operated a beachside wine bar in San Diego, his continued interests in wine, beer brewing, biking and travel have kept him mostly sane during his scientific career, which spans 43 publications over 25 years. 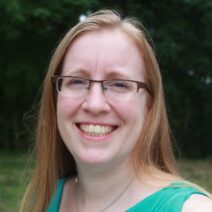 Wendy Salmon (she/her/hers) is Director of the Hooker Imaging Core in the Cell Biology and Physiology Department at the University of North Carolina (UNC) at Chapel Hill School of Medicine and co-directs the annual Analytical and Quantitative Light Microscopy short course at the Marine Biological Laboratory (MBL) in Woods Hole, MA, USA. She studied biology at the University of Richmond in Richmond, VA, USA and discovered the wonders of light microscopy during summer research at UNC in her hometown of Chapel Hill NC, USA. She received early training in live cell imaging with Dr. Clare Waterman and Dr. David McClay before transitioning to core facility work in 2002. She has advised and trained hundreds of researchers in basic and advanced light microscopy at four institutions and the MBL, most recently at the Whitehead Institute in Cambridge, MA, USA. Her scientific passion is facilitating the use of light microscopy for understanding biological processes. 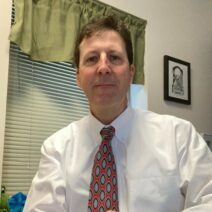 Bill Smart did their doctoral work at the University of Tennessee, Memphis on transcriptional regulation in Saccharomyces cerevisiae. Following that, their postdoctoral work was at the University of Georgia, where the work of the lab focused on an endophyte of corn, Fusarium moniliformae. Bob became interested in teaching while at UGA, and took some undergraduate classes in teaching theory and methodology there. Bob began at Aquinas College in Nashville, TN in 1999. Aquinas College is a very small, Catholic college owned by the Nashville Dominican Sisters. Their first role at Aquinas was as a biology instructor. The college had a very popular nursing program at the time, and Bob taught full-time – anatomy & physiology, microbiology, and general biology. Within a couple of years, they were appointed ‘Chair of Liberal Arts’, a position that quickly grew in responsibilities as the College grew and matured. As the position morphed into ‘Dean of the School of Arts & Sciences’,  Bob was undertaking all manner of new administrative responsibilities and teaching only one course per semester or year. The administrative responsibilities are fairly diverse, from scheduling, budgeting and hiring, strategic planning, and especially accreditation-related work. Soon, those responsibilities needed to be transferred to the Office of Academics, and they were appointed Associate Provost so they could attend to more College-wide responsibilities while the duties of Dean of Arts & Sciences could receive more focused attention from someone else. Aquinas College has shrunk considerably in the last five years, as several academic programs (including nursing) were discontinued in an effort to contain costs. Dr. Smart’s responsibilities are still primarily administrative, with a greater proportion devoted to accreditation matters. Bob is very active in the College’s accreditation as well as serving as a reviewer for our regional accreditation agency, SACSCOC. Outside of work, their primary interest is biking, especially mountain biking. Bob is able to share this passion with their fourteen year old son, as Bob coach’s on his mountain biking race team. Like most parents with kids that age, Bob’s and their wife spend lots of time chasing him around. Bob also like to brew the occasional batch of beer, a holdover passion from grad school days!

Dr. Woodham completed her Ph.D in Biology at Johns Hopkins University and completed a postdoc at NIH. After which she served as a Senior Lecturer in the UMD Department of Biology. She now serves as the Director of the Biological Sciences program at UMD Shady Grove.