Kivanç Birsoy of The Rockefeller University will be honored as the inaugural recipient of the Innovation in Research Award from the ASCB. The ASCB Innovation in Research Award recognizes early and mid-career scientists for their new and innovative research in cell biology. For this award, innovation is defined as an accomplishment that has significantly impacted progress in advancing the field of cell biology that is based on work done within three years prior to the nomination.

Birsoy is the Chapman-Perelman Assistant Professor and head of the laboratory of Metabolic Regulation and Genetics at Rockefeller. His research seeks to understand how mammalian cells rewire their metabolism under stress conditions and find out why cells require certain metabolic pathways to proliferate. He presented the talk “Understanding organellar redox metabolism in mammalian cells,” during Cell Bio Virtual 2021.

Birsoy earned his BS from Bilkent University in Turkey. He then earned his PhD studying the molecular genetics of obesity in the laboratory of Jeffrey Friedman at Rockefeller University. He was a postdoctoral fellow in the laboratory of David Sabatini at the Whitehead Institute for Biomedical Research at the Massachusetts Institute of Technology, where he combined forward genetics and metabolomics approaches to understand how different cancer types rewire their metabolism to adapt to nutrient-deprived environments

“I am grateful to receive the ASCB Innovation in Research award. This award will motivate us to continue our efforts towards understanding how metabolism is involved in cellular processes,” he told ASCB.

Birsoy understands the challenges to success that a foreign-born scientist can face.

“I immigrated to the United States in 2004 when I was 22 years old,” he wrote to ASCB. “While I experienced first-hand the difficulties of coming to USA from a [developing] country, I value how responsive the scientific community is to any form of discrimination. I, therefore, would like to contribute to the promotion of diversity, equity, and inclusion by being involved in several campus and national efforts. At Rockefeller, I led campus programs aimed at underprivileged and underrepresented groups. I am a committee member at Rockefeller to recruit future leaders from underrepresented minority groups.”

In addition, Birsoy received the Howard Hughes Medical Institute’s Gilliam Fellowship for Advanced Study, which is given to dissertation advisors to ensure that students typically underrepresented in science are prepared to assume leadership roles in science and science education.

“As a part of this program, we actively recruit URM undergraduate students from the neighboring institutions,” Birsoy explained. “Finally, with another faculty member, I started the first cellular and organismal metabolism course at Rockefeller. This course every year attracts 30 graduate students and exposes them to lectures by many leaders of the field.” 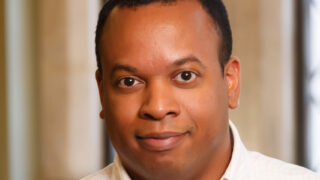 Omar A. Quintero-Carmona Named Winner of 2021 Prize for Excellence in Inclusivity