Biologist Maggie Werner-Washburne likes to mix things up.“I have done this all my life,” she says, recalling her childhood on the edge of a Mexican village within a small Iowa town. The daughter of a German father and a Mexican mother, Werner-Washburne grew up in a mixed-ethnic environment, and because of it she learned to be comfortable in two worlds.

Today, Werner-Washburne still thrives on diversity, and her lab at the University of New Mexico in Albuquerque is an ethnic blend. Many of the graduate students who work in her lab have come from small Hispanic communities, from towns of a few hundred people, and from Native American pueblos and reservations. Werner-Washburne relishes the chance to introduce research to these students, many of whom are the first in their family or community to go to college.

“I get a lot of good students, and I try to help them make it through school without losing themselves or their culture along the way,” she says. “It’s not impossible.” In a similar vein, she believes that it’s not impossible to bridge gaps that separate scientists working in entirely different fields. She thinks someone like herself, who has experience negotiating across cultural divides, can help accomplish this goal.

Bridging Science
In her own lab, Werner-Washburne is bridging the vastly different worlds of biology and mathematics. Her research in a field called genomics is a quest to track the activity of thousands of genes at the same time in living cells. It’s not easy to do. To tackle this difficult research project, a potpourri of scientific personnel in Werner-Washburne’s lab work together. Her coworkers include chemical engineers, computer scientists, biologists, mathematicians, chemical analysts, and statisticians. Lab members congregate in what Werner-Washburne calls a “visualization room” to exchange ideas or simply chat about the day. It can be very hard to get interactions going in the first place, she says, because computer scientists and biologists speak two different languages. 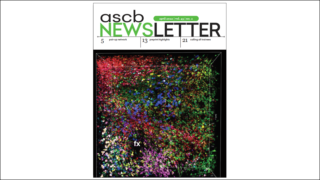