Honorific awards acknowledge established scientists who have made significant contributions to the discipline and community of cell biology.

The American Society for Cell Biology (ASCB) created several honorific awards to recognize established life scientists who, over their careers, have made significant contributions to the discipline of cell biology and to the community of cell biologists. Applications for all these awards are now open and close May 15.

The E.B. Wilson Award is ASCB’s highest honor for a scientist who has made far-reaching contributions to cell biology over their lifetime. The winner presents the E.B. Wilson Lecture at Cell Bio Virtual 2020-an Online ASCB|EMBO Meeting and receives the E.B. Wilson Medal. Meeting registration is paid. Nominators and self-nominators must be ASCB members, but the candidate and support letter authors need not be.

The Bruce Alberts Award for Excellence in Science Education is given to an individual who has demonstrated innovative and sustained contributions to science education, with emphasis given to how a nominee’s activities have made a national impact. The winner receives a plaque and gives remarks at Cell Bio Virtual 2020-an Online ASCB|EMBO Meeting. Meeting registration is paid. Nominators and self-nominators must be ASCB members, but the candidate and support letter authors need not be.

Prize for Excellence in Inclusivity

ASCB’s Prize for Excellence in Inclusivity recognizes one scientist who has a strong track record in research or serves a critical role in fostering cell biology research and demonstrates the importance of inclusion and diversity in science through mentoring, cultural change, outreach, or community service. The award is made possible by a grant from the Howard Hughes Medical Institute. Winners receive $5,000 to be used at the awardee’s discretion to enhance further inclusion activities. They are also featured in a video that is shown before the Cell Bio Virtual 2020 keynote. They are featured in an article in the ASCB Newsletter, and contribute an essay in Molecular Biology of the Cell, the Society’s basic science journal.

The Mentoring Keynote Lecture Award is given to an individual who exemplifies mentoring by their impact on the training of scientists and scholars who belong to underrepresented groups, particularly racial and ethnic minorities. The awardee is selected by the ASCB Minorities Affairs Committee (MAC); however, current members of the MAC are not eligible. The winner receives a plaque and delivers the Mentoring Keynote during Cell Bio Virtual 2020. Travel, housing, and other allowable expenses covered by a grant from the National Institutes of Health are paid. Any ASCB member may nominate an individual (ASCB members and non-members are eligible) for the Mentoring Keynote. ASCB members may also self-nominate.

This award is presented by the Minorities Affairs Committee (MAC) to memorialize early 20th-century biologist E.E. Just and recognizes outstanding scientific achievement by an underrepresented minority scientist. The awardee is selected by the ASCB MAC; current members of the MAC are not eligible. The winner gives the E.E. Just Lecture at Cell Bio Virtual 2020 and receives a plaque and a medal. Nominators and self-nominators must be ASCB members, but the candidate need not be.

The Women in Cell Biology (WICB) Mid-Career Award for Excellence in Research is presented to a scientist who has been in an independent research position between seven and 15 years at the time of the nomination deadline. The winner should demonstrate a track record of exceptional scientific contributions to cell biology. They also should exemplify a high level of scientific endeavor and leadership. The winner is presented with a plaque, $1,000, and speaks in a Minisymposium at Cell Bio Virtual 2020. Meeting registration is paid.

This award is designed to recognize a woman or man at a later career stage—typically a full professor or equivalent—whose outstanding scientific achievements are coupled with a record of active leadership in mentoring junior scientists in scientific careers. Letters of nomination should include specifics of the nominee’s mentoring history. The winner is presented with a plaque, $1,000, and has meeting registration, paid.

Criteria for all award recipients

Nominees for and recipients of ASCB honorific awards and prizes are expected to exemplify and to continue to exemplify the highest standards of professional conduct. Letters of support should explicitly address whether a nominee’s professional conduct over their career embodies the principles and expectations noted in ASCB’s Mission Statement, the Anti-Harassment Policy and the Workforce Diversity Statement.

In addition, as a founder of the Declaration on Research Assessment (DORA), ASCB does not use journal impact factors or other journal-based metrics in the evaluation process for its award candidates. ASCB looks at an individual’s research contributions and impact on the field, rather than the prestige of the journals where work is published. 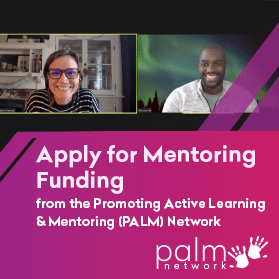