Trump Budget Would be Catastrophic for NIH; Better Never Than Late

It’s hard to settle on one word to define the size of the cuts to the National Institutes of Health (NIH) contained in the Trump Administration’s FY18 budget proposal: huge, unprecedented, jaw-dropping, catastrophic. Words defining the impact of the cuts on the American biomedical research 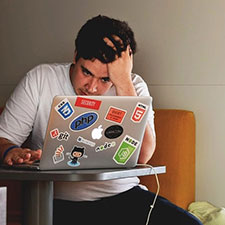 enterprise, if enacted into law by Congress, are also numerous: disastrous, career-ending, alarming.

Most years, when a presidential budget proposal is released, its size is measured in thousands of pages. On Capitol Hill, the multiple volumes are often used as doorstops. Each budget contains numerous charts, historical analyses, and pages and pages of details about how the administration would spend the funds requested.

On March 16, when the Trump Administration released its first budget, it weighed in at 53 pages. The National Science Foundation, along with some other agencies, was not even included in the 53-page “skinny budget,” as it is being referred to in Washington, DC. The details won’t be released until May.

On page 22, the skinny budget calls for a reduction in “the National Institutes of Health’s (NIH) spending relative to the 2017 annualized CR [continuing resolution] level by $5.8 billion to $25.9 billion.” It goes on to call for the elimination of the Fogarty International Center and for structural changes to NIH organizations and activities. A cut the size called for in the Trump budget is about 18%.

The likelihood of the Trump cuts being enacted into law is uncertain. The 18% cut to the NIH is just one of a number of sizable cuts to popular domestic programs. However, the cuts are being made to provide the Department of Defense with a massive $54 billion increase. Opposing cuts to the domestic programs, regardless of their popularity or merit, will force members of the House and the Senate to essentially oppose increases to defense, a difficult and politically hazardous action.

Preventing these cuts will require strong, vocal opposition from all NIH supporters. The ASCB has already sent an advocacy alert to ASCB members with information on how to share their alarm.

Only after it had unveiled an FY18 budget proposal that includes disastrous cuts to federal funding of science did the Trump administration propose a similarly destructive budget for FY17, which is already more than half over. 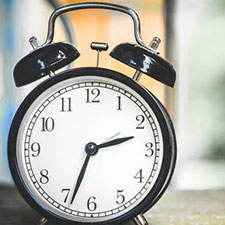 Since October 2016, the budget of the federal government has been in suspended animation. Republican leaders in the House of Representatives and the Senate delayed completing the FY17 budget in order to use the budget process as a tool to repeal and replace the Affordable Care Act (ACA). Now that efforts to repeal the ACA have faltered, congressional leaders want to wrap up consideration of the FY17 budget so they can begin to work on the FY18 budget.

With the work on the FY17 budget days away from completion, enter the Trump administration with its own ideas on what the FY17 budget should fund. The Trump FY17 budget includes $17.9 billion in cuts to domestic and foreign aid in order to increase spending for the Defense Department and to fund the building of a wall on the U.S. border with Mexico.

Included in the list of cuts is a $1.2 billion cut to the NIH, a $350 million reduction to the National Science Foundation, and cuts to science programs at the National Aeronautics and Space Administration, the Department of Energy, and the National Oceanic and Atmospheric Administration.
The cuts to science programs are just a few of the cuts to a wide number of programs that are part of the federal domestic budget and suggest what the Trump administration’s budget priorities will be. There are also cuts to State Department programs that have a significant impact on global health. The President’s Emergency Plan for AIDS Relief, a signature program created by President George W. Bush dedicated to saving lives of those with HIV/AIDS around the world, is cut by 5%. Another global health program administered by the U.S. Agency for International Development is reduced by 16%, with specific cuts to programs dedicated to tuberculosis treatment, polio eradication, nutrition, and neglected tropical diseases.

Because it was so late in coming, the Trump budget proposal for FY17 may not have much impact on the budget that is ultimately approved by Congress. Unfortunately, the same cannot be said with certainty about the FY18 Trump budget. The FY17 proposal merely reinforces the fears aroused in the scientific community by the administration’s FY18 budget proposal.