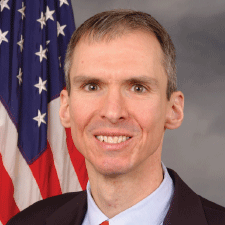 Congress is considering whether to increase the mandatory set-asides to the Small Business Innovation Research (SBIR) and Small Technology Transfer (STTR) programs. The set-aside funding mechanism takes a portion of the budgets of 11 agencies, including the National Institutes of Health (NIH) and the National Science Foundation (NSF). According to a report in Science, SBIR and STTR together siphoned off $2.5 billion from other agencies last year.1 So the question for cell biologists is, Will this proposed increase harm basic research?

At a June 16 hearing of the House Science Subcommittee on Research and Technology, the top Democrat on the subcommittee, Rep. Daniel Lipinski (D-IL), raised the question of whether the increase for these awards could potentially “come at the expense of support for other critical research programs” and limit the flexibility of NIH spending.

Lipinski made a point to emphasize his concerns with the funding process of the SBIR and STTR programs. “Unlike any other program, SBIR and STTR are funded using a percentage of participating agencies’ extramural research and development budgets. That percentage has increased by 30% since 2011, even as the larger budgets have remained flat. While the SBIR program has great value, we must look at it in the context of overall agency budgets admissions.”

Subcommittee Chairwoman Barbara Comstock (R-VA) opened the hearing describing how taxpayer-funded basic research conducted through the NSF, NIH, Department of Defense, and other federal agencies “underwrites the breakthrough science and the key discoveries that have created today’s world.” The panel of witnesses at the hearing included Pramod Khargonekar of the NSF, Michael Lauer of the NIH, Patricia Dehmer of the Department of Energy, and Jilda Garton of Georgia Tech Research Corporation.

Lauer stated that the NIH supports a permanently authorized SBIR/ STTR but stressed that there needs to be flexibility on reward size. He noted that researchers have stated that “the biomedical enterprise suffers from hyper-competitiveness with increasing number of researchers competing against each other for relatively fewer available dollars. Historically NIH [grant] success rates have been at 1 in 3 and are now down to less than 1 in 5.” Lauer went on to say that he felt this would threaten the diversity of NIH’s research portfolio.

According to the official House Science Subcommittee on Research and Technology press release, “this hearing was the first step in conducting oversight of the programs and making sure taxpayer dollars are being well spent.”