Scientists and Patients Benefit from a Novel Approach to Legislating 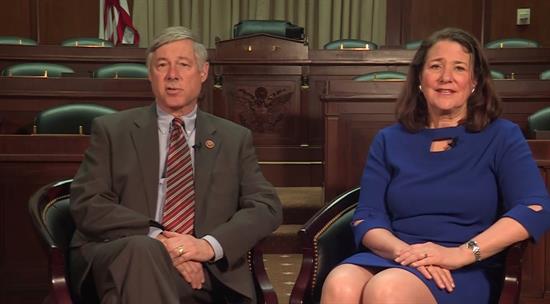 Congress gets criticized for many things, but sometimes it gets things right and should be complimented. One of the times it got things right was the way it approached legislation to revamp the U.S. drug discovery process.

In 2014, Rep. Fred Upton (R-MI) realized that the path from research lab to patient was too long. He reached out to Rep. Diana DeGette (D-CO), and together they started a two-year process that could lead to fundamental change in the ways biomedical discoveries become cures and treatments for patients.

Instead of writing a bill that mirrored what they thought needed to be done to improve the drug discovery and delivery process, the bipartisan pair spent 2014 and early 2015 asking questions and listening. They held 15 events in 14 states around the nation. In Washington, the duo of Upton and DeGette, along with a growing number of other supporters in Congress, held 20 roundtables and other meetings. In the end, Upton and DeGette gained the support of over 200 of their colleagues in the House of Representatives. The bill received unanimous support by members of the House Energy and Commerce Committee and overwhelming support in both the House of Representatives and Senate.

The result of all this effort was the 21st Century Cures Act, which was signed into law by President Obama last December provides the National Institutes of Health (NIH) almost $5 billion over five years for the Precision Medicine Initiative, the BRAIN Initiative, Vice President Biden’s cancer moonshot program, and regenerative medicine. The NIH portion of the bill also includes a section devoted entirely to young, emerging investigators with programs to improve the opportunities for them. This section also makes improvements to the NIH Loan Repayment Program.

Other portions of the bill include support for high-risk, high-reward activities and the development of a formal NIH policy regarding rigor and reproducibility. Another section of the bill, with the obscure title “Scientific Engagement,” addresses limitations on travel to scientific meetings that federal employee scientists currently face (see “ASCB Ensures Access to Conferences for Federal Scientists“).