Science, society, and you 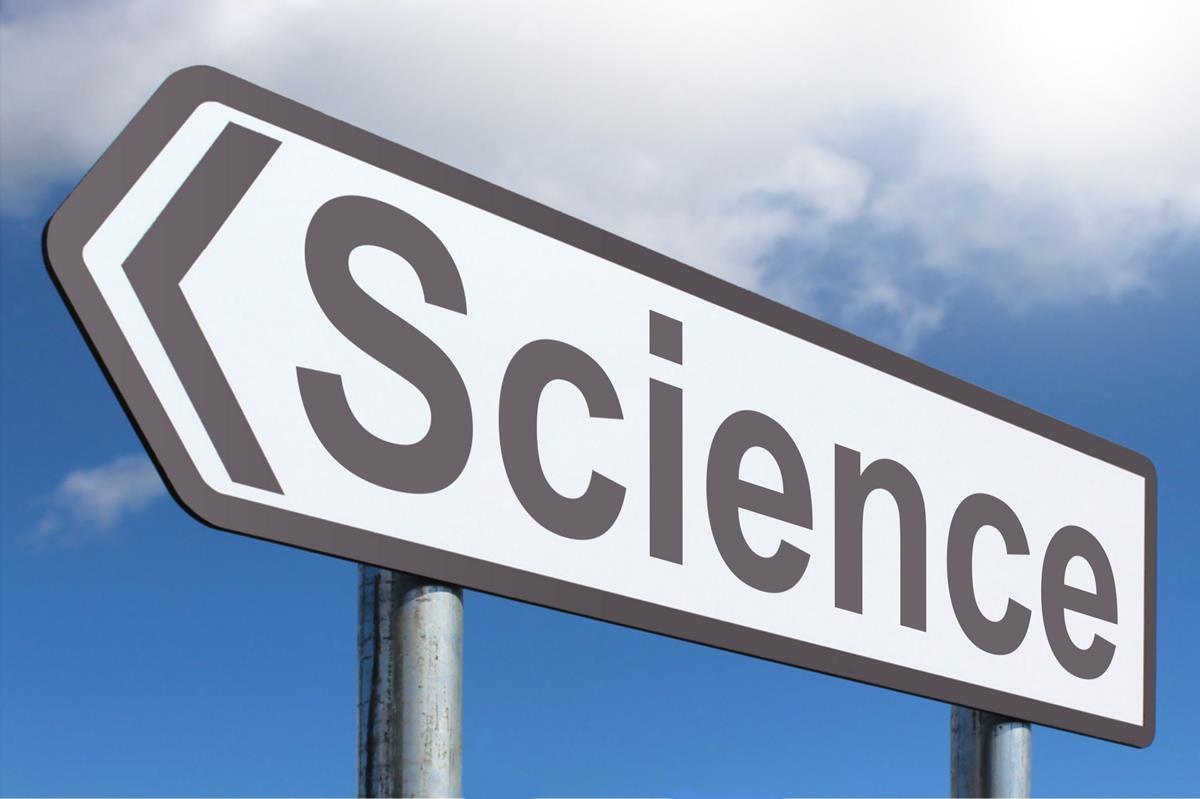 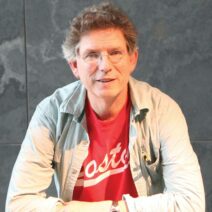 This month’s issue of the Newsletter focuses on public policy, the linked issues of how government policies affect us as scientists, and we, as scientists, can influence the policies and actions of our governments. These are challenging relationships. We scientists dream of being showered with large quantities of money and allowed to do whatever research we please, free of what we often see as bureaucratic and unnecessary regulations. Politicians dream of being showered with large quantities of votes and being able to deliver their constituents’ fondest wants, all of them would like to see science improve human health and welfare, and many of them support science for science’s sake. In that perfect world scientists wouldn’t have to tell them that politically desirable solutions were too hard, too expensive, or come with unpleasant side effects. Finding the reality that lies between these two extremes is an interesting challenge for both parties and since the only behavior we can reliably change is our own, what follows are suggestions for how we, the scientists, can help by voting, talking to the public and politicians, and, perhaps, taking the biggest step of all, running for office. Much of what follows is applicable wherever you live. For the 25% of our members living outside the United States, you should substitute the names of your country’s elected officeholders for the U.S. ones that I use in this article.

Being an informed voter requires an open mind and takes time, but it is what makes democracy work.

Be an Informed Voter
Step one is being an informed voter, voting, and encouraging your colleagues to vote too. If every Briton between the ages of 18 and 30 had voted in the referendum on whether the UK should remain part of the European Union, it is very unlikely that the country I grew up in would be lurching, chaotically, toward an unknown fate. Being a conscientious voter is harder than it looks, since it means casting a vote for every race. The races for national legislatures (president, senator, and representative in the United States) are where lots of us stop, but state, city, and town governments make decisions that impact and are impacted by science too, and your local school board can have substantial influence on how kids encounter science in their classrooms.

Being an informed voter requires an open mind and takes time, but it is what makes democracy work. Elected officials pay more attention to the views of constituents who are informed about what they are talking about than people who are just passing on the opinion in the latest tweet they read. It’s worth consulting multiple news sources to make sure you form your own opinions and don’t just repeat one particular viewpoint. During elections, candidates at all levels have webpages that outline their positions on issues important to the community, and you should use those websites to determine which candidates best represent your informed views. As you consider more and more local offices, down to town meeting members for me, it gets harder to find candidates’ websites, which means that you can’t wait till the day of the election to do your internet sleuthing or vote for a candidate named Jimmy Tingle (as I once did) just because of his name.

Being informed includes spending some time outside political echo chambers. Biologists are the most reliably left-of-center, irreligious group of people I’ve ever known. It’s easy to find yourself in furious agreement with your colleagues that the People’s Republic of Cambridge, MA (it’s where I work, but not where I live) should be setting national policy including the mandate that all men have to wear their hair in a bun or ponytail and do hot yoga twice a week. But it’s worth talking civilly to people with different viewpoints and trying to understand why they hold their opinions, listening carefully to their critiques of yours, and thinking hard about the practical aspects of government. Research at Yale reveals that the more educated voters are, the more reliably they hold the prejudices of their political affiliations: climate change is a hoax if you hew to the right, nuclear power causes global warming if you lean to the left. The only antidote to “more education yields more prejudice” that the researchers found is curiosity, something that we scientists are supposed to specialize in. Every scientist has to manage time and resources and pick the small number of experiments they do and leave many, many more undone. Elected officeholders are no different when it comes to policies and bills, and remembering that politics is the art of the possible has more than once persuaded me to vote across party lines.

…[I]t’s worth talking civilly to people with different viewpoints and trying to understand why they hold their opinions….

Inform Others about Science
As scientists, the public are our number one patron and we owe them an explanation of what we’re doing with their money. My last column included the information that the National Institutes of Health budget is the equivalent of $113 for every child and adult in the United States. Numbers in other countries are harder to calculate, but they’re not negligible anywhere in the developed world. This means that if someone asks you what you do for a living and you’re frightened about the anxious mutual incomprehension that can follow “I’m a scientist,” you can say “I’m a money launderer,” and when your shocked conversational partner says “Who’s?” you can smile and reply “Yours!” Can you find a one-sentence description of what you do, and can that sentence avoid all our science words except cells and DNA? If you can, that sentence is likely to persuade your conversational partner that she or he will be able to understand what comes next. We spend hours working on our presentations to colleagues who know all the background and buzzwords but then assume that we can just wing it when we talk to someone who’s interested in what we do but isn’t imprisoned in the ivory tower! Talking to your non-scientist friends and neighbors isn’t a one-way street: Some of the most frightening questions I’ve gotten came from people who weren’t biologists, often because the questions were asked in a way that revealed to me that my field and I had a collective hallucination that we knew the answer to a question that we hadn’t really examined.

Beyond voting, outreach, and explaining to friends and neighbors, is there any way for you to influence public policy. Emphatically, yes! You can write to, call, and visit your elected representatives; you can write letters to newspapers; and you can march and demonstrate. At the national level, each elected official has a staff member who’s responsible for health and science, that person returns to her or his home district periodically, and you can ask to speak to her or him there or at the seat of government. If you live in some other country with a federal system of government, state or provincial governors or ministers will have a similar staff member, but the other representatives in state government won’t, and establishing an effective relationship with them can inform them about issues where science and politics intersect.

The critical phrase in the last sentence is “establish an effective relationship”: you need to convince people that you’re informed, you understand the pragmatic factors that govern political decisions, and that you’re as willing to listen as you are to talk. At Harvard, my colleague Angela DePace is part of the Scientific Citizenship Initiative, a group of concerned scientists who are trying to set up programs that will help train interested scientists and pair them with legislators to yield more informed debate and decision on political decisions that involve science. Within ASCB you could volunteer for the Public Policy Committee, which helps to represent our Society to the government and the public and has commissioned white papers on organoids, immigration, stem cells, and reproducibility in science.

Run for Office
Last, but not least, you could run for office. Given that we’re trained in the critical assessment of evidence and using those assessments to set long-term strategies (that’s what your last grant proposal was!), there are surprisingly few of us in government. Why? We have lots of reasons, but I think three are dominant: politics is grubby and corrupt, it’s just a popularity contest, and we’re incredibly snobbish about other people’s ability to understand science. If grubby and corrupt is the problem, most of us have heard of and perhaps been victimized by or participated in academic politics that would make many elected politicians look like naïve and principled amateurs. If popularity contests are the issue, how long is it since you complained that Dr. Archrival’s last paper was nothing but a collection of questionable data and missing controls that led the authors to what could be generously be called speculations but were presented as inescapable conclusions? And if the problem is that science is too hard to explain, are you certain that the problem isn’t you, a tangled thicket of jargon, and your insistence that your listeners look at and appreciate every damn tree before you tell them anything about the forest?

The great thing is that you can start small. You can run for town meeting, school board, or even serve on the board of governors for your kids’ afterschool program (as at least one former ASCB president has done). Serving as your President is the first thing I’ve been elected to since I was class representative in high school, and as I confront a rugged learning curve I’ve realized that a little intermediate experience in a smaller elected office might have helped! Don’t feel that you have to undertake these activities alone. ASCB has an advocacy webpage (www.ascb.org/policy-outreach/advocacy-policy) and a page with a number of one-page “how to” papers (www.ascb.org/policy-outreach/advocacy-policy/advocacy-toolkit) that give advice on how to approach the many different ways of advocating your informed point of view.