The road to equality: the successes and the needs of LGBTQ+ biomedical scientists

Some Progress Has Been Made

Around the world and the United States, June is known as Pride Month. While media outlets tend to focus on the celebrations in different cities, Pride Month is in fact a reminder of the fight for equality. Sexual orientation and gender identity minorities can face a wide range of discrimination and barriers to full equality. They often feel pressure to hide their true identities, especially in the workplace. The intersectionality between an LGBTQ+ identity and identity as a racial, ethnic or disability minority can also lead to additional stress. In the United States and many other countries, it can be said that a fast-paced “equality revolution” has occurred, in which courts and legislatures have recognized equal rights for LGBTQ+ people, especially with regard to marriage. However, discrimination and crimes against LGBTQ+ people still continue. 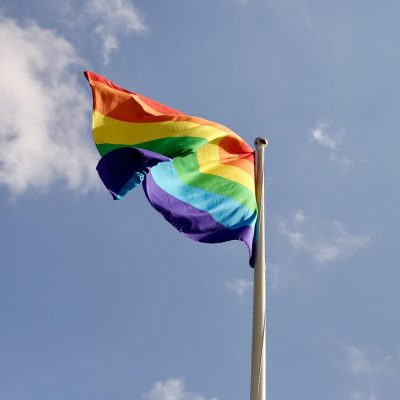 Discrimination of any sort has no place in the scientific enterprise. Students, trainees, and professionals should verify whether their school or workplace supports equality and non-discrimination by checking the diversity and non-discrimination statements (e.g., see ASCB’s Workforce Diversity Statement and Anti-Harassment Policy). The inclusion of sexual orientation and gender identity in these statements is critical to a fully diverse and inclusive environment. The good news is that most U.S. universities and companies now include LGBTQ+ in their diversity portfolio, with significant positive benefits. The presence of student-based LGBTQ+ groups in universities and diversity offices in companies are also positive signs of official recognition of equality. An open and inclusive workplace, lab, or university is a productive environment for all members, and people deciding on their next career steps will seek out these environments.

This positive news leads to the question: “Why do we need a special forum and place for LGBTQ+ scientists?” The answer is simple: There is more to do.

Harassment. A recent poll of LGBT physicists by the American Physical Society showed that 11% of LGBT men, 31% of LGBT women, and 49% of people self-identified as trans had experienced harassment on campus or in their workplace due to their sexual orientation or gender identity. These interactions are one of the main factors  keeping LGBTQ+ people in the closet, hiding their identities and lives, which can be a significant psychological burden. Institutions are increasingly aware of the negative effects of a discriminatory environment. However, responding to harassment can be challenging, especially if it involves lab mates, mentors/supervisors, or other colleagues. One way to reduce harassment and bullying is for everyone to take responsibility for calling it out. If you hear someone being harassed or bullied, say something. Some people who make jokes or comments may not even know they are being offensive, so educating colleagues can be helpful. Finally, meeting and networking with other members of the LGBTQ+ community who are also scientists can be extremely helpful. There are plenty of successful LGBTQ+ scientists, proving that we can do whatever we want.

How to be open? One of the most common questions regarding being gay and the workplace is: “Do I need to be openly gay? If so, how?” Much depends on how comfortable you are talking about personal topics with your co-workers/lab mates/classmates. During coffee break conversations, happy hours, lunches, lab parties, department dinners, people often talk about husbands, wives, boyfriends, etc. A good time to tell your story—or at least say you have a partner—might be at one of those events. Of course, you should only do so if you feel comfortable at the time. Each person has a different time to come out of the closet. Find your time and you likely will enjoy it.

Educating society and bringing allies together. A significant part of the negative perception of the LGBTQ+ community among the general population is due to a lack of professional role models who are openly gay. This picture is improving, however, as more journalists, politicians, athletes, CEOs, artists, etc., are publicly declaring their sexual orientation/gender identity. Out LGBTQ+ professionals can inspire young people to succeed, and also show society that being LGBTQ+ does not prevent people from reaching their goals. This, of course, holds true for scientists as well. Young students can feel inspired when they see and learn about successful, accomplished LGBTQ+ scientists. The LGBTQ+ community also enjoys the support of many allies, and increasing the numbers of allies among the general population will help advance the cause of equality. At the 2017 ASCB|EMBO Meeting, the LGBTQ+ diversity session includes a mix of science and career development that draws a wide audience of both LGBTQ+ people and non-LGBTQ+ people. Some may come for the science, but then are exposed to and educated about LGBTQ+ issues in science, which may lead them to become allies.

LGBTQ+ and cell biology. ASCB was one of the first professional scientific societies to create a platform for LGBTQ+ members. The LGBTQ+ diversity task force was created in December 2014 to give the LGBTQ+ cell biology community a safe space in which to discuss issues and network. The task force also organizes the LGBTQ+ Diversity Session at the annual meeting, to showcase the excellent science of openly LGBTQ+ cell biologists. It is followed by a career discussion and networking session.

In the end, a more inclusive scientific workforce can create an even more diverse workforce, which will lead to better productivity and creativity, both of which are essential to success in science. Happy pride to all!

The views and opinions expressed in this blog are the views of the author(s) and do not necessarily represent the official policy or position of ASCB.